The first season of Rectify, SundanceTV's first original series, was a slow burn. It introduced us to Daniel Holden, a Georgia native who's been on death row for the rape and murder of his 16-year-old girlfriend, Hanna Dean, for the past 19 years. At the series's start, Daniel is released from jail after new DNA evidence suggests that, at the least, he wasn't the only person responsible for what happened to Hanna.

After 19 years in an isolated white box, Daniel – played by Toronto-born actor Aden Young – is a stranger to normal. In prison, he says, the only thing that felt real to him was "the time between the seconds."

Daniel is a special kind of male lead for a TV drama. He's troubled, to be sure, but he's not a rugged, rogue folk hero or a winking bad boy. He's not unlike The Shawshank Redemption's Andy Dufresne: quiet, deliberate, philosophical. White. Innocent, we presume. He beats back the media frenzy surrounding his release with silence. What makes him interesting isn't his explosive temper or sly transgressions but his thoughtfulness.

Rectify's first season kept pace with its main character. We experienced the languorous drip of time the way Daniel did: finding amusement and stimulation in something as simple as passing his hand through a beam of sunlight. The second season, which premiered on Thursday, begins with the same measured pace– the camera lingers so long on the opening shot, I had to check to make sure my player wasn't paused. By the third episode, the tempo picks up as Daniel commits to life on the outside.

Rectify isn't always subtle about its themes – life versus death, forgiveness versus vengeance, free will versus fate. Set and filmed in small-town Georgia, it carries a whiff of some familiar-by-now Southern Gothic clichés: the mustache-twirling state senator keen on a second term; the benevolent Christian who tries to pray everyone's problems away. People say "ponder" a lot.

That said, this isn't the kind of show in which every criminal is good at heart. When Daniel's lawyer, Jon Stern (played by another native Ontarian, Luke Kirby), visits a different death-row client for his last meal, the prisoner doesn't proclaim his innocence or make excuses for his crimes. Instead, he insists, "I'm wired different, Jon. Have been as long as I can remember. Who knows why?"

The scenes I've come to look forward to are the ones that take place on the nightmare that is death row. Daniel's home for 19 years stands in stark contrast to the sun-dappled woods and warm apple fritters of his hometown: Flashback scenes show his cell as a blindingly white rectangle deep in the bowels of the prison. Series creator Ray McKinnon's vision of incarceration is one of the bleakest I've seen. Daniel's cell feels like it's been engineered specifically to drive him mad.

Boxed in by three walls, illuminated by severe fluorescent lights and with just a small window on his door to peer through, Daniel's only respite from this hell is his next-cell neighbour, Kerwin (Johnny Ray Gill), another walking dead man with time to kill. The all-white colour scheme – they even wear white jumpsuits – and dreamy rhythm of the prison scenes almost gives it the illusion of heaven, or at least a kind of afterlife. Whatever it is, it's no place for the living.

I like Rectify a lot. It's leisured and sullen and contemplative, like Don Draper if his identity crisis were set in the present-day South. Aden Young is eminently watchable: He plays Daniel like a young man raised from the dead, wide-eyed and curious, ambivalent about his second life and more comfortable in the confined space of his mind than the open expanses of rural Georgia.

I wish I could look past the fact that this is one more slinky drama with a dead girl at the centre, one more small town torn apart by the rape and murder of a young woman who's not just two-dimensional – she's not a character at all. She's the ripe dead body around which stubble-cheeked men ponder and sulk and scheme to get a second senate term. She's dead on arrival.

The typical teenage girl on TV dramas – at least those geared to adults – is so often either a hormonal misery or an inciting incident. And those shows that have featured dynamic teenage girls, such as Freaks and Geeks or Gilmore Girls, generally aren't afforded the same kind of respect as the programs that stick a man at the centre and sit back to watch him brood.

Young's performance deepens Daniel's character with each episode of Rectify; he's compelling, sympathetic and complex. His gravitas carries the series. But these kinds of dark dramas collectively bump up against a wall: the dead girls who are by definition impossible to care about in the same way we care about their killers or brothers or the ex-boyfriends who have suffered on their behalf. This dull pattern won't break until someone decides these girls might actually be more interesting than the men who prey on them.Special to The Globe and Mail 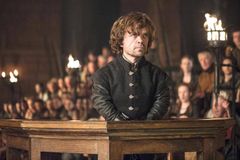 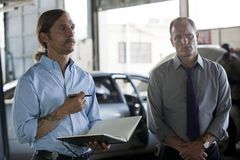