Almost all discussion of Stranger Things nearly trips over itself to dissect the retro bona fides of the second-most-horrifying eighties throwback to infect 2016's zeitgeist – hey, look, a reference I get! I feel comfortable enough to continue now! Yet the primary engine of the show's success was an idea so breathtakingly modern no one else has had the guts to try it: It was a Netflix drama that actually seemed to care about making you want to hit "next episode."

"Reasonably gripping" isn't the highest aspiration for a television-y thing in these, the fattest of the boom years, but on a streaming service where even the most tautly directed psychological murder-mysteries and action-packed superhero stories can feel like Twilight Zone twist-style punishments for inventing the concept of binge-watching, embedding an actual hook somewhere before a season's denouement still counts as something close to a revolution.

Maybe I'm overly cynical about the extent to which Netflix has colonized our slackest-jawed viewing habits, but on the other hand, the Stranger Things actress who played Barb got an Emmy nomination this year. Even the people prepping their Eleven costumes for Halloween have to concede at least some of the breathless reaction to the parade of Steven Spielberg references was due to the fact it was the most exciting thing on the most convenient platform.

In good news for my pet theory, but bad news for people who don't watch retro-thrillers to puzzle over underlying dramatic structures, the second season of Stranger Things – christened Stranger Things 2, because, of course, it is – slows things down. With the exception of a few tacked-on cliffhangers, this new stretch considerably deflates the tension in the early going: in place of shadowy things going bump in the night, mysterious disappearances and Christmas-light codebreaking, we are treated to a Hawkins, Ind., in the grips of post-trauma, all of the main gang facing the one-year anniversary of the Demogorgon by trying to tamp down the gnawing unease inside them.

Some are better at it than others. Freshly toothed Dustin (Gaten Matarazzo) and his bickering buddy Lucas (Caleb McLaughlin) are putting their energy into making new friends, particularly new-in-town video-game whiz Max (Sadie Sink). Mike (Finn Wolfhard) is mourning the loss of the last girl the gang met – Eleven, about whom I am contractually obligated to say basically nothing else – and generally being a jerk about his perceived loss of leader status. Will (Noah Schnapp) is beset by both bullies and, more germanely to the stranger things that are presumably coming, apocalyptic visions of the hell-plane Upside Down he escaped last season.

The older folks aren't a whole lot better. Stripped of the sense of purpose that got him punching his way out of his depression, and sworn to secrecy to keep the peace, Sheriff Jim Hopper (David Harbour) is left to bicker with out-of-town private detectives and find some other way to fill the hole his dead daughter left. Will's mom Joyce (Winona Ryder) is nervous but secure enough to be cheerfully making out with Bob (Sean Astin), who hopes to bring some normalcy back to the family's life. The only one who seems close to actively confronting the past is Mike's sister Nancy (Natalia Dyer), who inches toward telling Barb's still-in-denial parents what happened to their beloved meme/daughter.

Persistent darkness lurking underneath semi-idyllic small-town life is the natural mode for both Stranger Things and its gang of merry references, but the show is considerably better at layering that under thriller-esque contrivances than it is at patient character study. The casting remains aesthetically on point: the teens are still awkwardly half-formed in that way that only Freaks and Geeks has matched, and if Astin was any more perfect as a potential second dad, he would be actively eating baked salmon. But the characters are still just stock types in search of rising action. At one point, Mike lays out every member of the group in terms of their D&D role, which comes across less as knowing than as focus-grouped box-ticking – and that particular slope is much longer and slower this time out.

The new season does have its sparks. In particular, Paul Reiser shows up as a scientist running the Hawkins lab and plumbing Will's mind in full Weyland-Yutani stooge mode, his promises to Will and Joyce so baldly foreshadowed that even she calls him on it. But he is at least such a disconcertingly cheery menace, and the scenes of Will's pseudo-counselling so energetically shot, it reminds you that Stranger Things 1 traded in ratcheting tension and probably will again soon.

For the first half, though, Stranger Things 2 is largely a beast of Netflix's nation, so confident you're going to plow on through that it doesn't feel the need to give you a lot of reason to. I mean, you will, so credit to the Duffer Brothers for not wasting ability points where they're not needed – another reference! All is still well! But for a show that doesn't work overtime to wow you with original ideas, tamping down its one undeniably unique trait hardly seems like a winning formula. 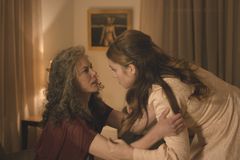 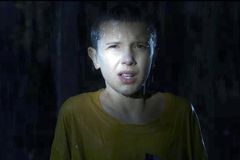 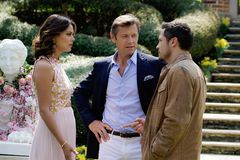