Is there nothing that Rick Mercer won't do for a laugh? He has sparred with heavyweight boxer George Chuvalo, bungee-jumped 160-feet with Man in Motion icon Rick Hansen, gone skinny-dipping with Liberal leader Bob Rae (truly, sights to behold) and this week – in an episode of his hit CBC television show The Rick Mercer Report – zip-lined high over Petty Harbour, Nfld. with New Democratic Party leader Thomas Mulcair. It's all, he insists, in the interests of entertainment: "Left to my own devices, I wouldn't do any of these things."

It's not hard to understand why so many politicians, entertainers and athletes sign up for a chance to be roasted by Rick and go along with his stupid human tricks. In person as well as on camera, the man's a complete charmer, at once witty, laid back and fundamentally real. You don't need to take my word. Take the opinion of his producers, cameramen, writers and editors, who have all been with him for a minimum of 10 years – some of them for 20.

Modestly risky merriment, of course, is only part of what has made Mercer a gold-plated star at the CBC, and his show, now its sixth season, into one of the public broadcaster's highest-rated offerings.

The other part, usually no less entertaining, is the nearly 43-year-old's signature rant – a 90-second, in-your-face salvo aimed at whatever happens to be on his mind. The only segment of the show he writes himself, it indulges his insatiable appetite for Canadian politics. He's not exaggerating, I think, when he says he could talk all day about the pros and cons of Justin Trudeau's decision to run for the Liberal Party leadership. He's a political junkie and he uses his needles to skewer Ottawa's seemingly endless cavalcade of folly.

A collection of several dozen rants, together with new essays and assorted longer pieces filed as a correspondent for Maclean's during the last federal election, are collected in A Nation Worth Ranting About, his new book. It's the fourth in a best-selling series.

In cold print, the rants tend to lose some bite. They work far better on TV, where Mercer can marshal the force of his personality, his rhetorical polish and, the coup de grace, his quizzically raised eyebrow, a deft punctuation mark. It should be no surprise that Mercer's roots are in the theatre. The Rick Mercer Report – and the various incarnations that preceded it – allow Mercer to play his favourite character, himself, a happy, bumbling but razor-witted fool. He'll rip out your innards , and you won't feel a thing.

Some of the rants suffer from the passage of time; the issues that provoked them have faded and only Mercer's bon mots remain. But one in particular has not faded. It's the rant he delivered on Oct 25, 2011, shortly after the suicide of Jamie Hubley, an openly gay teenager who had been mercilessly bullied by students at his Ottawa high school. The YouTube version of Mercer's response became a viral sensation .

A passionate call for social action on the issue of teenage bullying, the Hubley rant was genuine and pointedly unfunny – that is, Mercer was authentically angry, as opposed to making facile sport of political inanity. The Hubley suicide hit Mercer particularly hard, he acknowledges, because he himself is a gay man. When he heard the news, he writes in a short essay in the book, "I felt like I'd been kicked in the stomach. I wanted to break something."

Although Mercer has never hidden his homosexuality, he had, until that moment, never so passionately harnessed the power of private experience for public demonstration. As he explained in the rant, it wasn't necessary for gay public figures to "run around with a pride flag and bore the hell out of everyone. But you can't be invisible either." Mercer says he didn't have the courage in high school to come out, yet he "always knew I was gay."

When he did go public, his parents, he says, took the news in stride, although his father, a fisheries ministry executive, "was a bit surprised, because he'd caught me in bed once with a girl. We weren't having sex, but he probably thought we were."

Mercer's mother, a nurse – he says he likely owes the saucy part of his sense of humour to her – "was only concerned that I may have had an unhappy childhood" and had been unable to express it. That, he quickly assured her, was not remotely the case.

Although friends and associates have known his sexual orientation for years – Mercer has been with his partner Gerald Lunz, the show's executive producer, since they met in 1990 – "there was a period where I'd worry about being asked in interviews about it. I'd change the subject in very inelegant ways."

The tacit fear, entirely legitimate, was that public awareness of his sexual preference might affect his career: "Could I sell tickets in small-town Canada? Would it affect how people saw me as a political commentator?"

He's less troubled by it now but, in the nicest possible way, makes it clear that he rather be tasered than talk about his personal life. He and Lunz are unmarried, he says, but that's as far as he'll go. "I don't care whether people are curious," he says. "I don't like to talk about what kind of car I drive or what I did on my summer vacation."

"Will you talk about what you like to cook," I ask him.

"No," he says. "Now you're getting very personal."

In a follow-up e-mail, Mercer reiterated the point: "It's fine to talk about being gay simply because it's the fact and it's important to the gay kid in Flin Flon. So, yes, happy to be out and proud, yadda yadda. I just don't like to talk about my relationship."

I mounted a feeble rebuttal, arguing that Mercer had become not just a Canadian icon, but a gay icon and a role model, and that readers, gay and straight, would be curious about his life.

"I loath the idea of being a role model," he responded. "But gay icon? I better get to a gym." 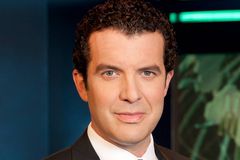 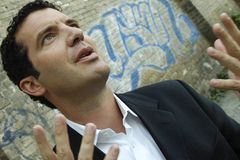 Rick Mercer: my getaway
November 24, 2010
Follow us on Twitter @globearts Opens in a new window
Report an error Editorial code of conduct
Due to technical reasons, we have temporarily removed commenting from our articles. We hope to have this fixed soon. Thank you for your patience. If you are looking to give feedback on our new site, please send it along to feedback@globeandmail.com. If you want to write a letter to the editor, please forward to letters@globeandmail.com.
Comments