When the "Rick Mercer Report" returns to CBC Tuesday night, the opening headline will be "Final Season."

The Canadian comedian has decided to end the show in March after 15 seasons and 277 episodes.

In an interview with The Canadian Press, Mercer said there was no "seismic event or epiphany that this should be the end. It's still the best job in the world."

It was simply the right time, he said.

Mercer, who turns 48 next month, posted his announcement Monday in a specially taped rant to his 1.3 million Twitter followers.

It will be one of 264 rants he will have performed since the series premiered on Jan. 12, 2004 – all captured in various graffiti-strewn Toronto alleyways by director of photography Don Spence.

"I'm incredibly proud of the show and everything we've done," said Mercer.

To get ready for one last season, he flew thousands of kilometres this summer, taping segments "from sea to sea to sea." One 12-day trip saw him snorkelling in the Arctic Ocean off Cambridge Bay where Canadian underwater archeologists are based.

"They're way up there," said Mercer. "It was fantastic."

In P.E.I., he hung off the side of the Confederation Bridge with a maintenance crew.

"I had nightmares for days afterwards," he said.

A stop on the B.C. coast saw him helping to release eagles into the wild. In rural Manitoba, he helped seniors paint a grain elevator.

"Three coasts and a grain elevator," said Mercer. "You can't get more Canadian than that."

All that travel left him with "luggage in my house in various stages of packed and unpacked for 15 years."

He praised members of his road crew, including field producer John Marshall, who have been with him from the beginning.

He's proud of all the money raised for causes such as the malaria-prevention "Spread the Net" campaign.

Just how lucky he's been hit him a few years ago when he struck up a conversation with a passenger on a plane.

"He revealed to me, sadly, that he didn't have long to live," said Mercer. "This man had compiled a bucket list of, like, a hundred things that he was going to do.

"So he started explaining his bucket list to me, and I had to stop myself because everything he said, I was like, 'Oh, you've got to do that! It's great!"

Mercer realized that he's been living a bucket list life.

"You don't know how many people you might meet whose fondest dream is to fly in the back of a fighter jet," he said. "Well, I've done that three times."

So why walk away from the best job in television?

"I've done this before," said Mercer, who was one of the founders of "This Hour Has 22 Minutes." That series returns Tuesday night for its 25th season right after the "Mercer Report."

Mercer was 23 when "22 Minutes" launched and left after eight seasons.

"A lot of people said, 'You're mad, why would you walk away from this?" said Mercer, "Sometimes you have to take a chance."

What followed was a five-season run on the sitcom "Made in Canada." He also scored huge ratings with his "Talking to Americans" comedy special. Factor in "Mercer Report" and he will have been a key part of the CBC schedule for 25 consecutive seasons.

Now that the series is ending, will politicians be clamouring for one last appearance? Mercer shot segments with everyone from former prime ministers Stephen Harper and Jean Chretien to NDP leadership hopeful Jagmeet Singh. He's shied away from that lately, "but if Bob Rae wants to get naked again for one last skinny dip, he's welcome."

He swears he's not leaving to write a book or accept a Senate appointment. He's not angling for a raise or "looking to spend more time with my family." And he promises he won't grow a giant beard like David Letterman.

He doubts he'll change his mind, either.

"There's a lot of people who've worked on this show for a long time," he said. "They're like family in many ways. They deserve the heads-up."

Mercer talked it over with his partner at home and work, executive producer Gerald Lunz. It was their call to go out on top.

"You leave to protect the legacy of the show," he said. "That's what you have to do."

What will he do next?

"I honestly don't know the answer," said Mercer. "Right now, I just want this to be the best season ever."

Against all odds, Jimmy Kimmel is now essential viewing
September 25, 2017 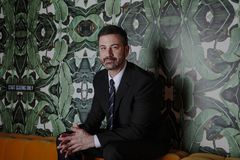 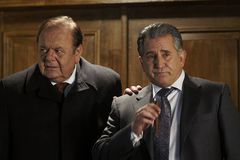 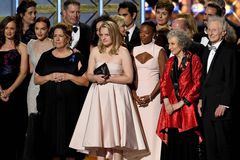