A new moral panic is working its way across Europe and will no doubt be seized on by North American media. It is an account of a shadowy online Russian suicide cult, apparently entrapping teenagers, called the Blue Whale game. There is little evidence that the game has actually caused suicides, or that it even exists. But some European police forces have put out a warning to parents to monitor their teenagers' contact with the Blue Whale, just to be safe, and once the police have said they are on the lookout for something it understandably becomes real in the minds of most people.

What the Blue Whale myth reflects, really, is not a suicide trend among teenagers, but a creeping fear that the Internet itself can spy on us and control us, the way a cult or an authoritarian state can. This fear has been represented in recent art – particularly in one widely praised episode of the sci-fi TV show Black Mirror – and is present even in Donald Trump's wiretap paranoia.

But first, let's back up to where the Blue Whale meme began. In May, 2016, the state-funded television network Russia Today (RT) aired a news piece about pro-suicide groups on the social network VKontakte (VK). A teenage girl had killed herself apparently after joining one of these groups. The groups seduced teenagers with cryptic videos filled with ciphers and codes. RT claimed there were dozens of these groups and that many suicides were traceable to their influence. It called the trend a "cyber suicide industrial complex."

Another Russian news outlet, Novaya Gazeta, published a story with the first specific references to a game called Blue Whale, in which an anonymous moderator gives participants a series of challenges to complete over 50 days. These are usually some form of self-harm, such as cutting an image of a whale into your arm. At the end of the 50 days, you are told to kill yourself. The name Blue Whale supposedly refers to a habit of whales who beach themselves and die. The agency reported that 130 recent suicides had been "linked" to this practice.

Many of the reports on this phenomenon claim that if you don't complete the tasks, you are threatened with some kind of awful retaliation, usually a threat to reveal some kind of secret (which of course the moderator knows about, from having monitored your computer use). You are told that the moderator knows exactly where your live, because of your computer's IP address.

In November, the Russian news site RBTH reported that a young man had been arrested for administering a so-called "death group" (a pro-suicide chat group) on VK. It did not specifically blame the Blue Whale hashtag, but by then, belief in the power of this group was already established and the arrest became proof of its existence.

The story of the Blue Whale deaths was picked up in late February and early March by British tabloids. The Daily Mail, the Daily Express and the Sun ran stories about this potential new threat – by repeating the claims made by the first Russian reports, and including the "130 Russian deaths" statistic. They also gleefully ran photos of the pretty and seductive teenage girls who died supposedly after playing the game. (The sexuality of the victims is an element in this particular obsession.)

Most of the British stories included some kind of caveat, admitting the numbers of deaths were not confirmed. This didn't stop the Devon police from tweeting out a warning to parents to be on the lookout for the Blue Whale and its associated hashtags. The tweets repeated the "130 deaths in Russia" number.

Radio Free Europe has investigated the phenomenon and tried to participate under aliases, but got nowhere. They point out that neither the suicides nor the arrest have been definitively linked to this game. Snopes, the respected hoax-monitoring website, has deemed the story "unproven."

The fear of a widespread teenage suicide cult is not new. The victims in reported or fictitious suicide clubs are usually teenage girls, not boys, which reflects a larger societal obsession with teenage girls and sexual violence. The notoriously gory 2001 Japanese horror film Suicide Club exploited this fear: it depicts a spate of mysterious deaths. It begins with 54 schoolgirls throwing themselves under a train. As police investigate, they find a website that seems to be predicting the deaths. Hidden codes and symbols feature in this scenario as well.

The Blue Whale story is more contemporary in that it involves computers as instruments of punishment for those who use them. It is about control through surveillance. We commit our secrets to our computers, in our private communications and our Internet searches and our hidden photo files. We have discovered hackers can find any of our secrets and that we may ourselves be inviting these malicious forces into our lives by frequenting unwholesome sites. It is punishment for our own immorality.

We also know that Facebook's Mark Zuckerberg himself covers his computer camera with tape so that he can't be spied on. The recent Wikileak confirmed one of our oldest fears: the CIA could actually turn an Internet-connected television into a recording device. George Orwell predicted this in 1984. And Trump's spokesperson, Kellyanne Conway, is working this literary trope when she speaks of "microwaves that turn into cameras."

The worst possible outcome of some Internet vigilante looking to punish everyone for their secret crimes was imagined last year by a particularly gruesome episode of Black Mirror called "Shut Up And Dance." In it, various characters inadvertently download malware that spies on them and finds a dark secret, such as the viewing of child pornography. An anonymous hacker then blackmails the characters, forcing them to commit increasingly violent and grave crimes to avoid exposure. The characters are exposed anyway – thus punished both for their original crimes and for the new, imposed ones. The vindictive mastermind behind the plot is never revealed. The dark force, it appears, is the all-knowing Internet itself, transformed into a huge engine of vengeance.

This plot is so uncannily close to the purported function of the Blue Whale game that one wonders if the news is simply science fiction, too. Here is not a question of life imitating art, but of news drawing from art. What the urban legend evinces is a real moral panic going on in the world right now – a fear of surveillance, control and punishment by the very systems of communication we depend on. 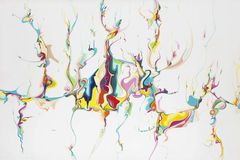 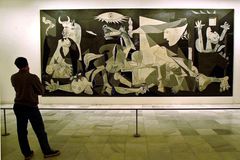