It's back and bite me if you dare to shrug it off – Shark Week is upon us.

Since 1988, Discovery Channel, here and in the U.S., has devoted a week in late summer to all things shark. Now spread to 72 countries, it's one of TV's most bizarre and enduring phenomena.

What started out as vaguely educational and scientific (remember when Discovery was about science and History was about actual history?) has since become all kinds of kitsch about killer sharks and comic-book stories about mythical creatures prowling the depths engaging in centuries-old battles with ancient foes. Or something. Certainly the educational content went down and the glossy production values went up.

The longevity of Shark Week lends itself to some analysis, but that hard thinking about it is probably not worth any time and effort. It's not new; it's old-fashioned anthropomorphism: Sharks are the ultimate antiheroes – warriors, loners and complex creatures – not just eating machines. Or so some are conned into thinking. Also old-fashioned is its hucksterism. Every program on the Shark Week schedule seems to be selling you something. It might be a car with a similar name to some type of shark, or it might be one of those places that invite you to get close to a shark. You know, there's a place in Cape Cod, where the movie Jaws was filmed, that advertises itself to tourists as The Shark Capital of America.

This year starts Sunday with Alien Sharks (Sunday, Discovery, 7 p.m.) about a creepy "goblin shark" with a flat nose, discovered in the 19th century, and then it moves on to the rough-skinned dogfish, with glowing eyes. And then attention is paid to the Pacific sleeper shark. Ah, you see, they look like aliens; they're not actual alien sharks.

The main feature of the week is, I think, Jaws Strikes Back (Monday, Discovery, 9 p.m.), which is all about gee-whiz technology. This means the latest version of the "SharkCam." With the co-operation of the Woods Hole Oceanographic Institution and with marine biologist and shark researcher Dr. Greg Skomal in charge, a team goes to Guadalupe Island to film the great white shark, using what we're told is the only camera that can get really close to it and even survives being bitten by the critter. White-knuckle stuff if you're a fan of the Shark Week experience.

Monday brings the hilariously phony-scary and bogus In Search of Canada's Rogue Shark (Discovery, 8 p.m.), which asks the question, "Could sharks surface in the Great Lakes?" Yes, ladies and gentlemen, when you go out for a dip in Lake Ontario, keep an eye out for a scary, monstrous critter that devours all before it. And I'm not talking about some of Toronto's politicians taking to the water for fun and games. As some of you may remember, this production got some press when the sponsors unleashed, online, footage of an alleged shark moseying around Lake Ontario earlier this summer.

In a summer of real strangeness in the world and much brutality, there's nothing wrong with indulging in Shark Week. There are hours of documentaries and a rare few might actually teach us something, even if it's about anthropomorphism. And there's a chat show, Shark After Dark Live, nightly at 11 p.m. until next Thursday. Just don't mistake any of it for science. Discovery Channel took a bite out of that portion of its programming a long time ago.

The Leftovers (Sunday, HBO Canada, 10 p.m.) hasn't got a fair shake from some critics, I'm thinking. Based on the bestselling novel of the same name about a world where some sort of "rapture" has caused a portion of the population to vanish, it isn't easy viewing. Nor is it meant to be. It's bleak, with a bracing grimness and, while some have advised against watching it, I'd say we all need to face the sorrow of loss, question the role of established religious belief and think about life without those we love. The series does all that. It's not escapist entertainment. It's serious drama. You can find the opening episodes on-demand if you want to see what television can deliver in terms of austere contemplation of life and loss. 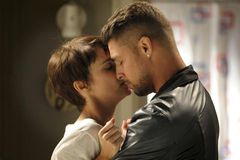 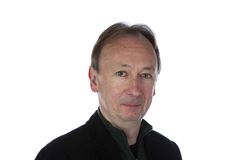 Television: Summer’s greatest drama is upon us
June 2, 2014 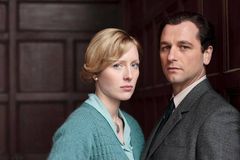 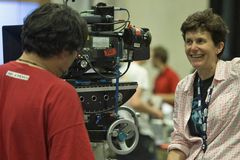 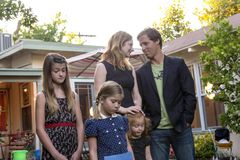