A few years ago I attended a taping of This Hour Has 22 Minutes in Halifax. It was a fun evening, with the studio audience enjoying every joke. The king of the evening was Shaun Majumder, who was clearly adored by many in the audience and willing to banter back and forth with them.

He did it with ease and grace, occasionally wandering around dispensing hugs and wisecracks. Sometimes he just beamed at people who, in turn, were delighted by his smile. He has a gift for delighting people with his presence.

I had no idea that this gift is an issue in the comedy racket. But one of the revelations of Shaun Majumder, Every Word Is Absolutely True (HBO Canada, 7:30 p.m.) is the opinion of other comics on Majumder. Veterans Kenny Robinson and Darren Frost have praise for Majumder, but the kudos are issued with acknowledgements that other comics find him lightweight and the fact that he "spills over to the audience," as Robinson puts it, is frowned upon. The viewer can only conclude that comics are more bitter than funny.

Majumder, on the hand, is spectacularly funny and charming.

"Whatever you do, you gotta be careful with Newfoundland women," is pretty much the first thing that Majumder says in the doc. Then he riffs on the charms of Newfoundland strippers. As he sees it, such lovelies aren't likely to call themselves "Diamond" or other made-up stripper names. They are more likely to be called Marjorie.

That's not the only bit of stand-up comedy in the 90-minute program but it's important to note that this is not the usual TV special devoted to a comic. It's not his stage act with bits of interviews. It's a full-blown profile of Majumder, and an update on his many doings: Sections of his on-stage act are used to illustrate the man's attitudes.

As such it is often deeply revealing about a guy who is either ubiquitous or hard-working, depending on your view of his charms. And he certainly is all charm as we see him on tour, taking his stage act across Canada, accompanied by his fiancée Shelby and his opening act and sidekick, comic Nigel Lawrence.

At first it looks like the main point is for Majumder to talk up his pet project, an "eco-lodge" hotel he's building in his hometown of Burlington, Nfld. He's passionate about it and about having visitors experience "real, rural" Newfoundland while adding something to the local economy. But promotion of that project is not the only thing happening here. (There will be a series about the building and running of the lodge coming on another channel later this year.) We see Majumder on Canada AM talking about the hotel. "Canada's funny man" it says on the Canada AM screen and, really, the point of the program is to underscore how little that tag says about Majumder and his bundle of complexities. In many ways the program is about his life, his childhood and his mother.

What the publicity material calls "Majumder's humble childhood" comes up often. His sister says, "It was a decrepit little piece-of-crap can that we lived in." And she and Majumder talk about a rat wandering around the trailer in their childhood.

And then there is the issue of race, which Majumder handles with a skilled directness and humour. "I was raised in a tin shack with my white mom, my sister & 347 white people. So I had no idea I was anything but white," he says. There follows his famous on-stage routine about realizing he was different. The other kids decided it was time to beat up "the Paki" and at first Majumder was all in favour. Then he realized that he was "the Paki." His reaction was to point out that his father, who had long since left the home and the area, was from India, not Pakistan. It was Majumder's job to educate the bullies.

But the doc (made by Peter Esteves) veers away from the comedy he's mined from his childhood to a forthright and emotional section in which Majumder talks about the end of his parents' marriage and how his remarkable mother, Marian, raised him and his sister with such love and devotion that they really had no idea that they were desperately poor.

His admiration for his mom is a thing to behold. He explains how he and his fiancée took his mom to exotic vacation destinations and how on one such trip to Mexico, Marian Majumder suffered and died of a massive heart attack. And Majumder is shown sprinkling little pieces of her ashes in London, Paris, India, Jamaica, Morocco and the Swiss Alps.

In the end, it is little wonder that Majumder is so adored. The Mayor of Burlington is unstinting is his admiration, telling how, if Majumder is unable to return to his hometown for Christmas, he sends a lot of money to make sure that the kids there get plenty of Christmas gifts.

Perhaps the best summary of Majumder in the program comes from Mary Walsh: "We want to be loved. That's why we're out there [on the stage] We want the laughs and stuff like that that. But Shaun manages to tell the truth and get the laughs. And be loved without doing all that phony-baloney stuff. By still telling the truth and being himself. Good on him." 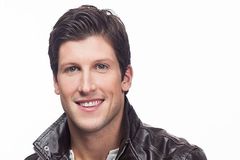 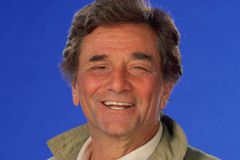 Reasons to be cheerful - a sizzling summer of hot stuff and soccer
April 25, 2012 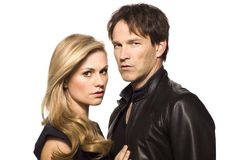 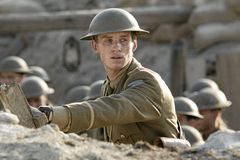 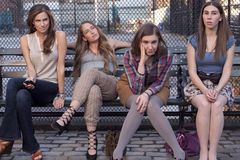