She is an ex-prosecutor, district attorney and judge, but Jeanine Pirro is probably best known for her role as nemesis to Robert Durst, the New York billionaire and alleged murderer whose story played out in last year's HBO docu-series The Jinx. Pirro's new book He Killed Them All looks at the case, the capture, and the significant role she has played in bringing Durst to justice. Here, she shares some of the secrets to her success, including why your gut is the brain you can bank on.

Do take it personally

Don't take it personally? I think people don't take crime personally enough! There are so many cases that stay with me. Of course, there is Durst, but also there is the little girl who had been sexually molested by her mother's boyfriend. She reached across my desk and said, 'Please don't let him do it again.' I cried when she left. How could I not? I carry it with me, I carry the assault victims who have been gang-raped and brutalized. I don't like it when a woman is 80 years old and some guy comes along and steals all her money. It pisses me off and it also fuels me.

Keep your eyes on the prize (and off the pigs)

I was a woman in a roomful of men for 30 years. There were a lot of firsts – too many to get into – but here's the bottom line: You've got to be smart, you've got to be prepared and you've got to have a sense of humour. If you have a chip on your shoulder and you want to take everyone on every time you think something unfair happens, you're going to be distracted from your mission and you're wasting your time. You know that adage – pick your battles? That has been so true for me. I would ignore sexism that I think younger women might not today. At the time, the scales were tipped against me. I would have people come in and see me when I was the assistant DA and people would say, 'I don't want to talk to you, I want to talk to a man.' Of course, it's frustrating, but my strategy has always been to push forward.

A gut is a terrible thing to waste

One of the key lessons I have learned over the course of my career is the power of instinct. I knew from the day the assistant DA came into my office and said, 'Boss, you want to reopen [the Durst] case,' I knew in my gut that I was right about this guy. People need to listen to their gut more often and rely on instinct. It's something we're not taught and it's so important. When I was a judge, jurors would ask, 'How do I decide who to believe and who not to believe?' because sometimes that's what a case comes down to. I would tell them that you take the facts as you know them and then you ask yourself: what rings true? What doesn't ring true? And in the end, you listen to your own instinct about who is telling the truth.

If I'm trying a case in court, I couldn't care less if you like me. I've got a job to do. But politics is a different realm. I ran for office five times and I learned that people want to like you. They don't understand a lot of the nuances of policy and wonkism – they just want to like you and trust you. This is particularly true for women. We see it on the national scene; she doesn't smile enough, she's not relatable. When I was going after Durst, I was painted as this ambitious woman who was doing everything she could to get attention, even though that was my job. I was the DA! Things have opened up to women to a certain extent, but there are still so many unspoken rules.

Be open to new exercise

I SoulCycle every day. I was a runner for 15 years and then I got a torn meniscus and I couldn't run any more. I tried to swim, but I couldn't figure out when your arm goes, when your leg goes, when you put your head in. I'm not that co-ordinated. Someone suggested spinning and I thought it was stupid. I thought that was something for young people. But I went and now I can't live without it.

Live, laugh and learn as you go

I gave a speech once. I had received a Mother of the Year award, and I got up [to the podium] and said, 'You know what? I'm really stupid. I didn't grow up with a brother, so when I was potty-training my son I'd making him stand up and pee and sit down and poop. I didn't realize they could do both in one sitting.' Here I am, Mother of the Year, and I just had no idea. You've got to laugh at yourself. So much of life is learning as you go. 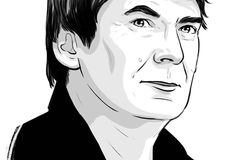 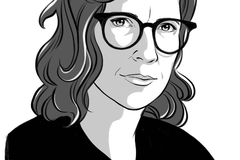 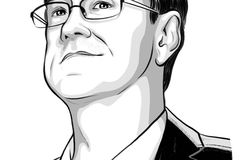