There is just so much television content. The material that breaks through the clutter is, sometimes, the big-budget, high-concept, star-driven series and sometimes it is the small, almost hand-crafted series that, with an authentic, idiosyncratic take on life and the world as it is – not the world as seen on formulaic TV – resonates softly but memorably.

The FX series Atlanta belongs in the latter category. Subtle, non-glossy and unpretentious, a slice of ordinary life in Atlanta, it emerged fully formed and unitary, carefully hatched.

SMILF (The Movie Network, Sundays 10 p.m. ET, Wednesdays 9 p.m. ET and streaming on Crave TV) aims for the same niche. It feels distinctly artisanal, anchored in lived experience. It is about life seen through the lens of someone with a keen eye for magic in the mundane and a deep empathy for the unlucky. It's still trying to find its feet, this little show (made for Showtime in the United States), but even in its baby steps it is playful, inventive and as heartbreaking as it is funny.

SMILF is a comedy in the realistic tradition, created, written and directed by Frankie Shaw, an actress and writer who has had supporting roles in Mr. Robot and Mixology and in independent films. Here she plays a version of herself as Bridgette Bird, a beleaguered single mom and plugging-away actress in South Boston. She has a young, biracial child named Larry, and the dad, Rafi (Miguel Gomez from The Strain), stops by for a few minutes daily when he can. But, mostly, Bridgette is alone with the kid, lonely and broke.

The other two main figures in her life are her distinctly odd mother (Rosie O'Donnell), who might be on the brink of mental illness and a well-off woman (Connie Britton) for whose kids Bridgette acts as occasional nanny and tutor. Bridgette is immensely smart and well-read, not at all cut out for life as a broke, often sad-sack single mom. She's afraid she's whining too much about her lot in life. She's worn down by life on the poverty line, hasn't had a relationship since she was pregnant and desperately wants to have sex again. This latter problem leads to some very foolish, inappropriate advances toward unsuitable men. In such scenes her language is salty and her desperation smarting like a sore wound. She has an eating disorder too, but finds the meetings to discuss the issue formidably boring.

What makes SMILF truly stand-out is its casual depiction of the barbarity of life for the working poor in the United States. The endless worries about health insurance, the endless lineup waits at walk-in clinics, the dizzying experience of looking at food prices in a supermarket and trying to figure out what you can afford.

The show is a microcosm of what happens to women of a working-class background as they age, try not to become invisible or unattractive and use their wits to survive mentally. If there's an issue with the series, it's that the first episodes suggest Bridgette is simply a victim, terribly trapped, and there is a bleakness to it under the often rude humour.

Over several episodes, however, it develops dramatically and tonally. Bridgette becomes far more than the victim and even Rafi's girlfriend, a seemingly absurd, shallow social-media star (she's named Nel, after Nelson Mandela), emerges as a complicated, multidimensional figure.

Not long ago SMILF would have been highly unusual, perhaps catastrophically so. It's intimate, melancholy and rude. The interests of its characters are almost outlandish – Bridgette's mom likes watching, over and over again, the opening of Angela's Ashes, that bit about no childhood being more miserable than a wet Irish childhood. People clip coupons to save money on groceries; not as figures of fun or strangeness, but as people living life as ordinary people live it. There's indignity in it all, but it's up to the viewer to see that. No theme or stance is pushed abrasively at you.

Ambitious but not always reaching the target, cool, laconic, dryly funny and about the fortitude of women, SMILF will not be to everyone's taste. Nor is it meant to be. It's too small scale and lacking in obvious laughs for that. But it sure is illustrative of the best kind of television being made right now. 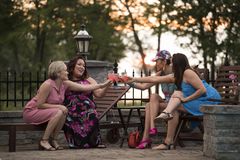 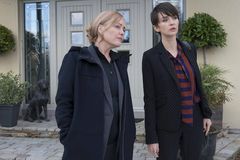 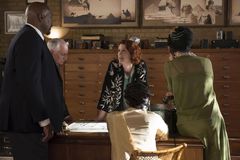