Seven people in an east-end Toronto conference room are trying to figure out whether they can terrorize a child.

"See what the context is," one says.

"If we saved a bunch of people's lives, we could traumatize the kid."

They're not sadists, they just write for TV, and right now they're working up an episode of Bravo's acclaimed cop show 19-2, trying to settle on a storyline that will offer the most compelling possibilities for drama.

This is how TV episodes are often born: dreamed up in a factory of dialogue and drama known as a writers' room. And even though the industry is in turmoil because of changing viewer habits, and the uncertainty is especially pronounced here in Canada in the wake of recent decisions by the federal broadcast regulator, aspiring writers are still lining up, lugging their MacBooks and dreams to learn how it's done.

Earlier this month, as part of the annual Toronto Screenwriting Conference, six writers gathered at an upscale community centre in Regent Park to work up a mock episode of 19-2 with Bruce Smith, the show's co-creator and executive producer.

Pulling back the curtain on his process, Smith seemed as much a laboratory engineer as an artist, delicately threading together the other writers' storylines and then testing each for their dramatic weight and psychological truth.

"One of the great things about drama is that the end result is so much more than what you could achieve by yourself," Smith explained at one point. "It's why I don't write novels – because I'm so enthralled with what actors and directors and cinematographers and development executives and other writers can contribute to a finished product. That's so much greater than the small amount of work I've done."

Smith's 19-2 is an English adaptation of a popular Radio-Canada drama that centres on the tense relationship between a pair of patrolmen in a Montreal precinct. Under his direction, Bravo's version has diverged from the Quebec series, widening its focus from Ben Chartier (Jared Keeso), a country mouse from the Laurentians, and his hard-boiled partner Nick Barron (Adrian Holmes), to take in more than half a dozen other members of the squad.

Still, the shows share DNA as cable-oriented fare focusing on flawed characters: intensely serialized dramas that do not take audiences by the hand and tell them exactly what's going on.

As the writers settle in, Smith, an industry veteran (Durham County, Cracked) with a head of prematurely grey hair that looks like a cloud of steel wool, spends about half an hour outlining the events of Season 2 and their effect on each of the characters. He notes grimly that the season, which wrapped up its 10-episode run in March, was partly powered by the revelation (if you haven't seen it: spoiler alert!) that a beloved sergeant was not only a mole working for the mob, but also a pedophile. At the season's conclusion, the sergeant died by suicide.

And so Smith, sounding a little like a regretful God, tells the room that, at the beginning of Season 3, which he and his writers are currently sketching out for a late-summer shoot, "We're going to take it a little easier on the squad."

On a whiteboard, he writes down the names of almost a dozen characters and a brief description of each of their emotional states. One of the difficulties of writing 19-2, he explains, is that any good storyline has to not only intersect with each character, but also add to the development of those characters' individual emotional narratives. In the real writers' room, he says, "I've got cards by the hundreds of what their personal arcs and journeys are. In a real episode, we would have not just options but necessities to move Nick's journey forward."

Smith motions to the whiteboard and asks, "Does anyone see any interesting journeys?"

Caitlin Fryers, a young writer, pipes up first, suggesting that a Make-A-Wish organization might arrange for a kid with a terminal illness to visit the station house. The contrast between the child's idealism and the precinct's reality could make for some sharp drama, she says. Smith nods with approval and Fryers seems buoyed by his reception.

"I love the idea, and it brings up one of the core issues of what we have to address with this show all the time, which is: It's really easy to do the Rookie Blue version of that story," Smith says, referring to the more conventional Canadian-made series, which regularly pulls in more than one million viewers on Global. "Which is good!" he quickly adds, seemingly wary of openly disparaging a competitor. "Rookie Blue uses the same pool of events we do, and yet we're a dramatically different show. And the reason they're successful … is they know what they are, and they go do it. One of the tricks for us is: Almost always, the first version is the Rookie Blue version."

"So," he asks, "what's the miracle? Think about what surprising or rich or uncomfortable truth we could get to."

Ian Carpenter, a writer in his early 40s, says it seems as if Smith wants to put the kid in peril.

"Well, one example would be to traumatize the kid and we all feel like shit," Smith says with a nod. "That's a very 19-2 outline. But I'd love to find something happier." He explains that the network has been more receptive lately to lighter fare.

Screenwriter Roslyn Muir (The Birdwatcher) suggests a mall shooting on a day when the cops are doing community outreach. Smith likes this, but it comes too close to the first episode of the second season, an extraordinary hour of TV that featured a school shooting. Besides, he adds, "I try to stay away from gun play," because it's too easy.

Someone else suggests a race riot, but eventually Smith admits, "I'm very leery of a Ferguson-style riot – we're gonna see that on every cop show."

Eventually, they settle on a storyline about a series of burglaries in a working-class enclave that locals blame on residents of a nearby halfway house. In the story, the commander senses an opportunity to score political points and rehabilitate the precinct's reputation after the pedophile scandal, so he sends in the whole squad to crack down.

Amid the crackdown, a child goes missing and, again, the halfway house is blamed. The child is eventually found alive, and while the abductor has no connection to the halfway house, the damage has been done. We learn that the house will be relocated to another neighbourhood, displacing a women's shelter. Ben's girlfriend, who works with women at risk, is devastated by the news.

There are strong storylines for a number of the secondary characters, including one cop who has been struggling with alcohol addiction and another who has been beating his wife. Smith notes that all of the characters remain likeable (Indeed, even the pedophile was a fully realized human being).

"After we revealed J.M. beats his wife, we still kept him as the funniest guy in the show," says Smith. "I love that. No other show does that."

The writers sketch out a strong storyline for Ben – he stumbles while trying to push forward his relationship with his girlfriend – but they don't have much for Nick to do. Smith predicts that the network will ask for more on Nick.

The next day, the seven writers gather at a theatre in front of a couple of hundred conference attendees. Smith unpacks the episode, and as he reveals a moment in the fifth act, he chokes up, overcome by the emotional intensity of what he is proposing to put the characters through. He apologizes, then concludes. Tom Hastings, director of independent production for Bell Media, which owns Bravo, takes the stage to give his feedback.

"This is a show about masculinity," Hastings says. He says he'd like to see a moment in the episode where Nick registers the personal difficulties Ben is having. "These are men like my dad, like my brothers; these are men who don't talk about their emotions. They simply don't talk. And yet they are in such incredibly, deeply painful personal and professional situations, they have to communicate somehow."

He looks out at the audience and grimaces. "Now I'm gonna talk about something where you're gonna go: 'Oh, stupid network, really?' But 19-2 has been of concern to us, that it is losing female viewers because it is so relentless and so dark. I'm not trying to say women don't like relentless and dark – absolutely not – but given that it's about pedophiles and the molestation of children and wife-beating, it's been a very dark show. Bruce knows – we talked a lot about this – that the third season, without changing 19-2's DNA whatsoever, I'd like to see a little bit of warmth, I'd like to see a little bit of, um, sunshine or goodness or happiness or comfort."

A few days later, I reach Smith on the phone and ask about the moment where he choked up during the presentation. "That happens quite often with me. It happens in the writers' room all the time," he says.

"Was it Ibsen who said, 'No tears in the writer, no tears in the audience?' [It was actually Robert Frost, who said, "… no tears in the reader."] I'm a believer in that. So I'm actually trying to be really open, and look for those moments where I suddenly find myself getting choked up, to see: 'Okay, there's the connection. There's the raw nerve: That's where I need to be going.'"

Kate Taylor: Why the narrating voice of God has disappeared at Hot Docs
May 12, 2018 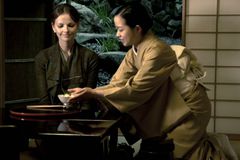 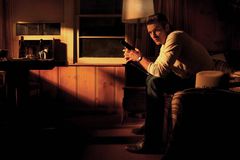 John Doyle: A shortlist of shows that should be cancelled
May 14, 2018 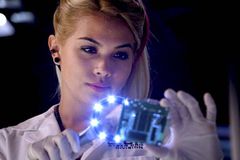