"I ate a lot of potato chips."

When Sook-Yin Lee was told recently by CBC management that the long-running Definitely Not the Opera radio program she had hosted for 14 seasons was getting the axe, she went through what she calls the "stages of grief." The first stage, which is generally considered to be universal, involved snacks. Next came sleeplessness and anxiety. "I had," she says, "some dark nights."

Then she freaked out.

"Oh my God, I have no life skills," she thought to herself. "I am unemployable in the real world! I am institutionalized!"

And then she got it together.

Whip-smart and personable, the indie actress, film director and former MuchMusic VJ was not being fired. When her CBC bosses told her to brainstorm some ideas for a new show, Lee came up with Sleepover. Launching June 27 as part of Radio One's summer season, the 10-episode series involves three strangers sharing the night in a room at the Royal York in Toronto – the pearl clutchers needn't worry; neither hanky nor panky happens – where they meet to talk out each other's problems.

Our interview takes place on the carpeted floor of the CBC Museum, where I recline propped against a wall while the more limber Lee sits cross-legged. Quite naturally, she's given a lot of thought to the demise of DNTO, a show beloved for its relaxed mix of pop culture and storytelling. No, DNTO never felt like a destination broadcast, but it was smartly done comfort radio with a breathable rhythm and an empathetic pull, and one always felt a little more human for the weekly experience.

"The news that the show was being cancelled was hard and heavy," Lee says, "but it also felt inevitable."

Inevitable, because the popular Saturday afternoon staple that began in 1994 as a four-hour show had been reduced to just one hour for what would turn out to be its swan-song season. Inevitable, because weekend-radio programming is historically tinkered with more freely than weekday schedules. And inevitable, because insecurity comes with the territory at the CBC.

"As long as I've been at DNTO, it's been one of those shows that's been considered to be removed from the lineup," says Lee, whose sexually enthusiastic performance in John Cameron Mitchell's 2006 movie Shortbus almost got her fired from Canada's national broadcaster. "It's always lurking in the background. Cuts to the CBC budget have always been there."

DNTO was produced out of the CBC's studios in Winnipeg, with Lee working out of Toronto. The show's staff will produce a new (yet to be announced) program.

In a statement made when the show was cancelled, Susan Marjetti, executive director of radio and audio for CBC English Services, said that it was "time for a change" and that the CBC was "excited about the new projects we have coming."

Asked about that boilerplate elucidation, Lee doesn't necessarily disagree. "I think those of us who worked on the show were galvanized and we pushed ourselves," she says, mentioning management shuffles and the fragile "post-Ghomeshi" working environment. "But I think we had come to our creative zenith."

Part of the motivation for Sleepover involves the anti-society of social media. "Technology has mediated so much of our interaction," Lee says. "It can be great, but in some regards it really separates people."

She's talking about the polarization that comes about when Twitter enthusiasts, for example, flock only with those who share their own ideologies and sensibilities. Dissenters become threats or they are ignored – either way, alienation and disconnection is the result.

"Someone posts a strong opinion online," Lee explains, "and it devolves into a shouting match, or the idea is glossed over."

It can be seen as a sort of devolution, to the point where Lee sees something futuristic to Sleepover's face-to-face conceit. "It's sci-fi," she says. "Three people meeting in a neutral space, outside of their own world. It takes a bravery and an openness and a leap of faith for these strangers to meet."

To brave new worlds, then.

"I have to be comfortable not knowing where my life is taking me right now," says Lee, who is currently busy putting together a film (Octavio is Dead!, a supernatural fantasy) she hopes will be shot by the end of the year. "But knowing once an opportunity arises, that's the direction I'll be going to for a while."

In addition to Sleepover, four new weekly half-hour summer shows were announced Tuesday by CBC Radio One. Here's the rundown.

Someone Knows Something (Mondays, 9:30 a.m., beginning June 27). Launched as a podcast earlier this year, the program examines unsolved murders and missing persons.

Back Story (Tuesdays, 9:30 a.m., beginning June 28). CBC news correspondents get to the story behind the story.

CBC to broadcast final concert for The Tragically Hip in Kingston, Ont.
June 17, 2016 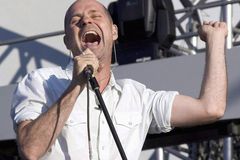 Rogers planning to replace Stroumboulopoulos with MacLean on Hockey Night in Canada
June 19, 2016 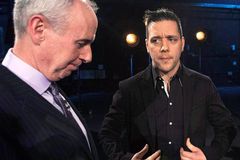 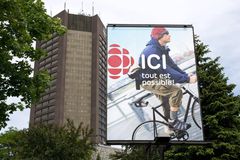