Time was, Sunday nights meant comfort TV. Some of us remember when Sundays were reserved for TV movies – woman-in-jeopardy dramas in which the woman was rescued and all was well with the world by bedtime. People could sleep easy and face Mondays refreshed.

Now, Sundays mean grim, challenging TV. The Walking Dead (Sunday, AMC, 9 p.m.) leaves you worried about the Zombie apocalypse. Homeland (Sunday, Super Channel, 9 p.m.) has you fretting about Carrie's state of mind, week after week, not to mention lurking terrorists. And, maybe, you can't sleep because you're concerned about Claire Danes getting enough rest between takes as she performs Carrie's bouts of nerve-jangling histrionics.

Still, who's complaining? The merits of U.S. cable TV in this age are unquestionable.

This weekend, there are two new and strange entries of quality. Getting On (Sunday, HBO, 10 p.m.) is not your usual medical drama. Far from it. A cooler, more dry-wit variation on Nurse Jackie might summarize it, but not with full accuracy. It relies on cringe-inducing humour and will leave you dreading the possibility of ending up old and sick.

Based on the BBC series of the same name, and rejigged for HBO by Mark V. Olsen and Will Scheffer (co-creators of HBO's Big Love), Getting On is set in a hospital's extended-care unit for seniors in Long Beach, Calif. The doctors, nurses and other staff struggle though each day, and each patient, often tied up in their own narcissism or undermined by incompetence. In the first few minutes of the opening episode, an elderly woman dies on her birthday, and there's a fuss about who gets to make off with the birthday cake. Also, there's a long scene of black comedy, the definition of uncomfortable humour for some viewers, about what to do with waste matter discharged from the bowels of an unknown elderly patient.

Alex Borstein plays nurse Dawn, who likes to be in charge and run a tight ship. This is a challenge since the patients are old and sometimes confused, and they often die at inconvenient times. Niecy Nash is nurse DiDi, her befuddled new assistant, who spends a good deal of time trying to suppress her shock at events unfolding in the facility. Laurie Metcalf plays Dr. Jenna James, who tries to be perky with patients but tends to get frustrated, which can lead to a meltdown.

While the BBC version was experimental (it aired on the fringe channel BBC Four) and focused on satirizing the National Health Service, the HBO version is aiming for a broader target – the treatment of the elderly in America. It's no coincidence the first episode transpires on the Fourth of July holiday. On the evidence of the first two episodes, it is breezily funny but in a very acrid manner. You might chuckle, but won't sleep easy if old age worries you.

If Getting On is eccentric and acrid, then Ja'mie: Private School Girl (Sunday. HBO Canada. 10:30 p.m.) is simply demented. A follow-up to the Australian comedy Summer Heights High (a cult hit on HBO), it's about Ja'mie King, a final-year student at a posh private grammar school in Sydney. Thing is, Ja'mie is played by male comedian Chris Lilley, who doesn't look at all like the alleged teen hottie that Ja'mie is supposed to be. You just accept this because the series, a mockumentary of epic silliness, moves swiftly along, ridiculing every cliché of teen-girl TV drama.

It is, at times, fabulous. A scene in which Ja'mie tries to seduce a hunky rugby player with the aid of interpretative dance movements is side-splittingly funny, but in that way which makes you uneasy about what you're laughing at.

The Campaigns (Sunday, CPAC 9 p.m.) is a delight for those addicted to politics. A five-part documentary series, it looks back and examines several key Canadian federal elections, especially those that were about one key issue. First up is The Great Free Trade Debate – The Federal Election of 1988. Relive, if you like, the raucous debate over the Canada-U.S. free trade agreement. The end of Canadian sovereignty? Or an absolute necessity for economic prosperity?

The Queen's Mother-in-Law (Sunday, CBC NN, 10 p.m. on The Passionate Eye) is, it says, a revelation of "one of the Royal Family's best kept secrets – the bizarre life story of Prince Philip's mother." Not much is written about Prince Philip's mother, Princess Alice. We're told her story "almost defies belief." The gist is this: "A great granddaughter of Queen Victoria, Prince Philip's mother married into the Greek royal family – only to see the Greek monarchy overthrown by revolution. Fleeing into exile, she suffered a severe nervous breakdown. She was locked away in mental hospitals and subjected to experimental treatments by psychiatrists – including Sigmund Freud himself." 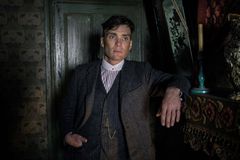 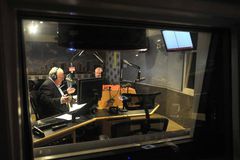