Inspired by its triumphant second-season cliffhanger return, I've been enthusiastically rewatching the first season of How to Get Away with Murder. Beyond the ABC crime drama being entirely addictive – and recently back for a second season – my aim was to get to the root of what exactly makes Viola Davis's Emmy-winning performance as criminal defence lawyer and law professor Annalise Keating so engrossing.

The Shonda Rhimes-produced series certainly checks all the necessary boxes for "strong female character." Annalise is a sexy, take-no-prisoners legal powerhouse who will do anything to win, a woman who refuses to put up with disloyalty and who stands up for herself and those closest to her. Even with her misdeeds (and there are many), she's the kind of commanding woman you want to emulate – successful, self-respecting and self-assured, and without a doubt, entirely badass.

Yet Keating's definition as "strong" actually exists in her artfully revealed vulnerability, in the way the show's writers let audiences see her authentically fall apart, and in the sheer, visceral rawness of moments where she temporarily feels she can't cope. I am most inspired, moved and buoyed by Keating not when she's captivating a classroom or rescuing a client from certain doom, but instead when she checks into a hotel for a few days for some mini-fridge-clearing depression time. She reminds us that even the most ambitious of women are not immune from pulling the shades and going to bed for a week, or from calling their moms to simply say, "I need you."

As tough as Annalise is, she has that clichéd thing we call heart, and that's why we both love her and are enamoured of the show. Couple that with the fact that the character is a sexual-assault survivor who has struggled through years of trauma and How to Get Away with Murder has effectively emphasized what strength really means when it comes to the small screen. It's a lesson that's been repeated on hordes of successful female-friendly shows, from the classic girl-power of Buffy the Vampire Slayer to the genuine kinship of the Gilmore Girls to the fierce complexities of Orange Is the New Black's entire cast.

Here's the thing, though: I don't need a character to be constantly kicking ass to feel like women are being depicted well on television. I don't need her to blow things up, or to get in knife fights or to leave every scenario emotionally unscathed. What I do need is for her to have depth and to display the kinds of emotional reactions and impulses that I can recognize.

As strange as it may seem, maybe it's important that we see a woman like Keating drinking straight vodka from a pint glass while wearing a bathrobe in the middle of the day. Maybe it's necessary to see her ugly-cry, without makeup, while experiencing familiar sentiments ranging from rage to disappointment to total misery. Maybe, even in the context of wildly careening plot lines, it is culturally vital to see her be a genuine human being.

During the second season of Scandal, when Olivia Pope (Kerry Washington) goes into hyper-control mode in the face of the President (and her lover) being shot, she ends up in the walk-in closet he shares with his wife to pick out a suit for the first lady to wear while giving a statement. After ordering an assistant to leave, she pulls out the President's grey navy sweatshirt from the shelf, buries her face in it and then proceeds to have a good long cry on the closet floor.

That's exactly the kind of strong female character that appeals to me – the one who, like me and so many women I know, carves out a moment to fall apart, then fixes her eye makeup and goes back to getting things done. It's not that she doesn't have emotions, it's that she is in control of when and where they're revealed, that she's able to create the time to properly address them. (Like Keating, Pope also spends extended periods of time depressed in bed when necessary, to the point where it feels like an admirable Shonda Rhimes trait to send her dynamo women away on self-care-inspired bed rest.)

In a recent survey conducted by the marketing agency Trailer Park, Law & Order: SVU's sergeant Olivia Benson was voted America's favourite female TV character, pulling in 21 per cent of the vote. The choice validates the notion that perceived weakness has as much validity as strength when dictating what is entertaining, resonating television for women. I've certainly watched Benson punch perps in the face, but I've also seen her cry hysterically in a courthouse stairwell, and have a panic attack as a result of her trauma.

Placing second place in the same poll, Empire's Cookie Lyon is a force of a woman who can own a business meeting as much as she can tell her gay son, "I got you," from behind both tears and the glass of a prison partition. (Olivia Pope also made the top 10, along with the multiple amazingly flawed characters played by Jessica Lange on American Horror Story.) What the survey reveals is that we don't need women who never falter, but instead have the capacity to inspire when they do.

A strong woman is not one who feels nothing and never falls down. A strong woman is one who eventually gets up off the floor again and goes on. We recognize women on television who capture that ideal, and we are captivated accordingly. The ratings successes of shows like How to Get Away with Murder, Scandal and Empire have less to do with stereotypically strong female leads, and more to do with how their strength is emphasized by the emotional uncertainty of their worlds. Resiliency, not ass-kicking, is why we keep on tuning in.

Law & Order has been an important cultural touchstone for decades
May 15, 2018 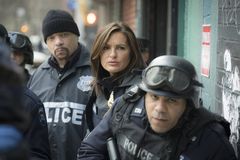 Will Ferrell gets serious in absurd HBO baseball comedy
May 15, 2018 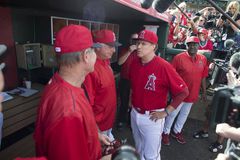 Lack of diversity on TV continues to disappoint as viewers demand change
May 15, 2018 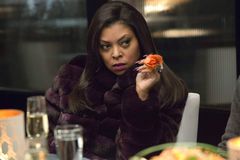