On Sunday night, MuchMusic will wrap up another TV season with the raucous annual outdoor party known as the MMVAs, a parade of musicians from around the world romping across the stage in downtown Toronto, ritually singing the praises of the teen-focused cable channel.

But the celebration will be temporary, because MuchMusic executives have spent the past nine months scratching their heads over what appears to be the disappearance of a significant percentage of their viewers. Much isn't alone: Some of the highest-profile channels aimed at younger audiences, including Corus Entertainment's YTV and even Nickelodeon, which was until recently the number-one cable channel in the U.S., have held talks with audience measurement firms to figure out why ratings seem to be in decline.

The struggle offers a portrait of the challenge facing broadcasters: how to properly measure – and monetize – audiences in the digital era, especially those channels built for young viewers whose behaviour is changing faster than the industry can keep up.

"The real concern began last September with the younger demos, teens to early adults," said Rick Brace, the president of specialty channels and CTV production for Bell Media, which owns MuchMusic. "In some cases, we lost as much as 50 per cent of the audience in that demo. So that gave us tremendous cause for concern."

In December, Much aired a Justin Bieber concert that pulled in only 8,000 viewers aged 12 to 17, according to the ratings. And in April, a special on the band No Direction attracted only 16,500 viewers in that key demo.

Those alarming numbers didn't jive with other indications of viewership. For one thing, the channel says, both shows trended worldwide on Twitter. And while social media activity rarely correlates with TV viewership, there are also many other ways that kids might have been watching.

If Much can't offer proof of viewership, its national advertising - worth almost $30 million in 2011 -could evaporate, causing major problems for Bell Media and the Canadian artists supported by the channel. And YTV is a cash cow for Corus: its $56 million in national advertising in fiscal 2011 was more than any other service owned by the company.

To feed the nomadic viewing habits of their digitally adept demographic, youth-focused networks were among the first to put their content online. But there's no current standard measurement for online consumption when it isn't being watched live, whether on phones, tablets and other mobile devices.

So even while TV watching among all viewers aged 12 to 34 has held steady over the past three seasons, at just above 22 hours per week, broadcasters strongly believe they're not getting credit for all of the viewing that's actually taking place.

But understanding the flaws in the system isn't easy. "It's like an octopus with about 18 tentacles," says Rob Dilworth, Bell Media's vice-president of research, who adds that the increasingly fractured TV channel line-up magnifies the problem. "The system was designed to measure CTV and CBC and Global with enough accuracy that it suits the industry – it was designed for big networks. When we try to measure little slivers, it surprises me how good it is, but it's not as reliable as we'd like it to be."

Still, he says, the current problem "all comes back to youth."

TV ratings in Canada are measured by tracking the viewing habits of about 10,000 volunteers, all of whom agree to wear a small pager-like device known as a Portable People Meter (PPM) from waking to sleeping. If the device isn't actually worn, it doesn't work. It must also be placed in a dock every night so it can upload its data to the computers of BBM Canada, the broadcasters' co-operative which measures viewership.

Compliance appears to be a growing problem. "Trying to collect any kind of data from the 12-to-24 group is just really very difficult," says Dilworth, adding: "The meter looks like a pager, and when [the technology company] Arbitron first designed it, the pager was a cool thing. It's not a very cool thing now, it's really ugly, and in particular for young girls, trying to wear this somewhere on their body is really a problem." (Members of the sample receive a token payment, approximately $10 per month.)

BBM has responded by assigning special coaches to each younger viewer to help ensure compliance. And the company is in the process of testing a new PPM, with a sleeker design, that can upload data wirelessly without having to be docked every evening.

The firm has also struck a special committee to investigate the issue of under-represented youth ratings. But, believing there may be behavioural shifts in viewing, BBM is also currently engaged in an ethnographic study of younger viewers.

In the meantime, networks with substantial online viewership such as MuchMusic feel they're being punished because they can't translate viewing on alternative platforms into higher advertising rates, even as their traditional viewership evaporates. "We need a currency that will measure you regardless of where you're watching, across all platforms," says Rick Brace "That is the only way we're going to be able to get full value for the programming that we're delivering." 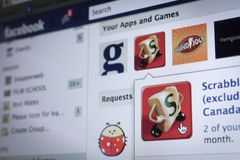 BestGore and its ilk: Frontline journalism or goad to further violence?
June 8, 2012 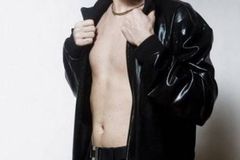 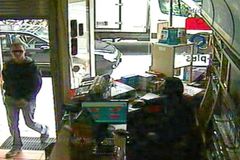