Let's move forward, shall we? Who doesn't want this year of toxicity to end?

Well, let's say we're looking forward but there is no guarantee that next year will be better than the last. What happens in 2018 is likely to be seismic in the worlds of television and media. The culture is shifting, the corporate side of TV and media is avaricious for a bigger foothold in the digital age it did not see coming.

The end is nigh for what we see now. There will be good, bad and awful in 2018, is my feeling. Dire predictions are in order.

CBC will move increasingly to online presentation of content. Already, it offers a bewildering array of web series and it depends on acquiring viewers through the online platform to add to its audience for TV content. In the meantime, on its main English TV channel, it will continue to ruin many first-rate programs with insensitive, crudely done commercial interruptions. It has given up on making truly great TV, one suspects, as it offers more and more formulaic legal and crime dramas. It continues to overly rely on content creators with famous last names, which suggests a nervousness, if not outright negativity, about the new and about newcomers.

The end of the golden age of TV

About 500 scripted series aired in the United States, across all services, in 2017. Recent corporate manoeuvres suggest more original TV is coming, but media consolidation is the death of freewheeling creativity. What's flourished over the past decade might be ending. Disney's acquisition of Fox assets puts the Fox channel and FX in a precarious situation. Fox, stripped of its studio, could diminish into a mini-network airing mainly reality TV series and repeats. This, note you, is the network that brought us The Simpsons, The X-Files and other classics over the years. As for FX, it is the best curated channel on the TV landscape – The Shield, Sons of Anarchy, Justified, Fargo, The Americans are FX shows. Now its status is uncertain. Apple will launch original programming in 2018, but with an eye on blockbuster fare, not art. YouTube is steaming ahead with original content (it will present content at the TV Critics Press Tour in January) but the likelihood of it being golden-age is remote. One of its new series is, of course, about a YouTube star.

The Disney/Fox deal is about Disney acquiring an enormous library of film and TV content to compete with Netflix and Amazon. Disney is interested in blockbusters and name-brands, not the unconventional or the startlingly new. Add the possible end of net neutrality in the United States and the emergence of a handful of giant corporations controlling both content and access, and you get a landscape controlled by the few. Among the assets Disney acquires, for instance, is National Geographic Channel, which forged its own path and began producing good original drama such as Genius.

It also acquires a majority stake in Hulu, the streaming service that might now be Disney's launchpad for a Netflix-like service. Or it might disappear entirely. In the past few years, Hulu offered The Handmaid's Tale and The Path, two adult, sophisticated dramas that are about as far from populist Disney fare as you can get.

The #MeToo movement will continue and change the landscape

If the arena of 500 or more shows is unsustainable, so, too, is the sexist culture in film and TV. This might be the one bright spot in the year ahead – the further emphasis on eliminating toxic male behaviour from the industries. The fall of such figures as Charlie Rose and Matt Lauer will certainly mean increased profile and responsibility for women in TV news. In TV entertainment, there will be vastly different attitudes toward sexist and predatory behaviour – for all the money that flows, the threat of lawsuits and boycotts is a real risk for companies big and small.

One caveat – it is implausible that the Canadian TV industry has been as free of sexual misconduct as it presents. A reckoning is coming there, too.

Ten things about television that must be stopped
December 18, 2017 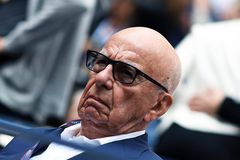 After The Crown, try Gunpowder – a darker, enraged chapter in English drama
December 17, 2017 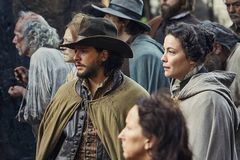 Wormwood is a gorgeously made and glowingly strange true-crime series
Subscriber content
December 15, 2017 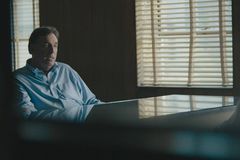