Arnold Schwarzenegger was 22 minutes late because of traffic and wildfires here in the L.A. area.

There's irony in that because Schwarzenegger, still called "The Governator" around here, has a new role – educator about climate change. The actor and former Governor of California says this is his second time as public "crusader" and the first was for fitness awareness.

He was here to help present Years of Living Dangerously, a Showtime documentary to air in April. It is a lavish, gripping production focused on the real effect of climate change in real people's lives around the world. Among the producers are James Cameron and Jerry Weintraub and among those involved apart from Schwarzenegger are Harrison Ford, Matt Damon, Jessica Alba and Ian Somerhalder of The Vampire Diaries.

There was some giggling when footage of the doc was shown to TV critics here. In one scene, there was Schwarzenegger in a hazard suit and hardhat, marching through a forest devastated by fire. He looked more Terminator than Governor and the title given to him on the screen was "Chief Correspondent." The head of Showtime noted the titters and, while we waited for the former governor, he said "For those of you who haven't been outside the hotel today, look out the window. It's a kind of crazy day to be doing this panel." True. It was 29 C, unusually hot and dry for January, and there was smoke from a forest fire visible in the distance.

And there was nothing amusing about Schwarzenegger's words and attitude when he arrived. He admitted that there was a time when he thought the issue of climate change was bunk. Back when he made the first Terminator movie with James Cameron directing, he said Cameron was already passionate about it, and he'd just shrug.

He said he came around but it was his stint as governor of California that galvanized him. "One day when I woke up as governor and it was at 6:00 in the morning, I was told 2,013 fires are burning in California. Just think about that. I got more interested in the issue but I always felt that there was a communications gap and a communications problem around the subject of global warming, to bring ordinary people in and make them part of the movement."

He decided the problem was a clearer message and having better, more understandable messengers than the scientists.

"I was always wondering why is it that this message doesn't penetrate. Maybe scientists have to take acting classes because sometimes ... They [think] they have to throw around the numbers and the facts and the statistics and all of those things. But the things that they talk about, a lot of times, doesn't really resonate with the general public. And if you think about that, all of the great movements have one thing or two things in common.

"If you think about the Apartheid movement, it's very simple. Let's stop being prejudiced, everyone is equal. If it is the woman suffrage movement, it just simply says let women have the right to vote. So there's the independence movement in India, let India be independent. Very simple messages, and I think the environmental movement only can be successful if we are simple and clear and make it a human story. We will tell human stories in this project. The scientists would never get the kind of attention that someone in show business gets."

The message was simple about a complex matter – use showbiz fame to make ordinary people interested in the dangers of climate change. But Schwarzenegger says he's no dilettante on the matter.

"I was governor. I went in there, and very quickly we started passing different laws. The Solar Roofs program. We had the low carbon fuel standard we passed. We passed a green building initiative to make our government buildings more fuel efficient and more energy efficient. We passed a commitment to reducing greenhouse gases in California for 25 per cent by the year 2020 and by 85 per cent by the year 2050."

Outside, the smoke from the fires was gone. But it was heading for 30 C. Schwarzenegger, as he left said it wasn't wrong to simplify the issue of climate change but it was wrong to do nothing. "We have our work cut out for us," he said, solemnly, and sounded very much like "The Governator." 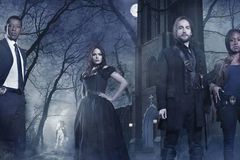 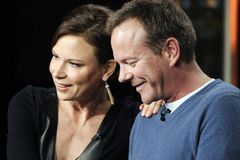