The good Canadian Kiefer Sutherland returns to TV on Friday in the rebooted Touch (Friday, Fox, Global, 8 p.m.). It's one of those maddening shows that can suck you in and yet mystify you.

Launched last year as a mid-season drama, Touch had just two main characters: Martin Bohm (Sutherland) a widower, and his young son, Jake (David Mazouz). Jake doesn't speak. He's a special kid. Ultra-special, actually, and valuable to some nefarious no-goodniks who want to use his special powers. Jake sees patterns in everything, and the patterns unlock vital secrets. Exactly what those secrets are, remains part of the mystery.

In a voiceover, Jake describes the world as "a giant mosaic of patterns and ratios." And he says, "Mathematical in design, these patterns are hidden in plain sight. … Only some of us can see how the pieces fit together." Jake hates to be touched and spends his days writing down patterns of numbers. In the first batch of episodes, Martin helped Jake use those patterns to do some good in the world – to help people who were lost, connect people who needed each other.

In the new episodes (starting with a two-hour premiere on Friday), the action has shifted from New York City to Los Angeles. Martin has a sidekick, of sorts, in a mother, Lucy (Maria Bello), whose daughter has the same gift as Jake and who has gone missing. It appears that some shadowy tech company has kidnapped her. So the show turns into a thriller, with Martin chasing down the company's bad guys while searching for the woman's daughter.

It's odd to find that Sutherland is back in Jack Bauer mode of 24, almost. Minutes into Friday's first hour, he's tackled a bad guy and is attempting to get into the tech company offices to find its secrets with the help from an investigative website run by a former Los Angeles Times reporter. All that is missing is Chloe from 24, barking instructions into his ear.

Meanwhile, in Brussels, an assassin is searching for a composer who created a beautiful piece of music and then stopped composing. It becomes clear that the composer is, like Jake and the missing Amelia, one of the mystically gifted people. Exactly why he should be assassinated is a tad unclear.

It is fascinating to see a show rebooted so radically. In its original incarnation, Touch was mushy-mystical, deeply reverent about Jake's special powers and his ability to help others. Now it's a conspiracy thriller, with many scenes of violence, much suspense and a permanent mood of anxiety.

Series creator Tim Kring, who also dreamed up Heroes, has shifted this series closer to the style and tone of his previous hit, celebrating the wisdom and gifts of the young but stationing them in a world that teems with adult killers. The role of the young is to save the world from adult horror.

It doesn't quite work, but Touch is a better show than it was – less dorky and more focused on entertaining viewers with suspense and mystery. A good deal depends on Sutherland, who has an ability to play both tough and tender. Mind you, Bello seems underused and spends too much time merely hanging around.

On Friday, as Touch returns, Sutherland will receive his Man of the Year award from Harvard University's Hasty Pudding Theatricals. The award goes to "performers who have made a lasting and impressive contribution to entertainment." Sutherland has certainly done that, but Touch isn't a cornerstone of that contribution.

The Wind Rush (CBC, 9 p.m. on Doc Zone) is essential viewing for anyone interested in the debate about wind turbines. It looks at the controversy in Southern Ontario, where there have been many complaints about the effects of such turbines – chronic sleeplessness, resulting concerns that the debilitating symptoms can lead to diabetes, depression and heart disease, and complaints too of inner-ear problems. The doc contrasts the turbine situation in southwestern Alberta with that of Southern Ontario and also looks at the situation in Denmark where, we're told, people have soured on wind power. By the way, if you want a double dose of hot-button environment issues, tonight's Nature of Things (CBC, 8 p.m.) tackles the fracking issue. Seems CBC wants us to be worrywarts tonight. Netflix’s new series: Is House of Cards the killer show we've been waiting for?
February 5, 2013 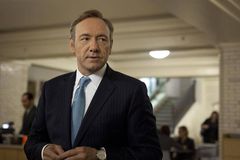 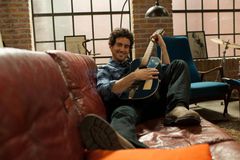