You've probably heard the one about the guy who went out to buy some milk and never came back. You've also probably heard that it's exceedingly dangerous to come between a momma bear and her offspring.

Missing (ABC, CTV 8 p.m.) has elements of both tales. And more. If you've seen the promos, then you know there is a whole lot of action, one seriously ticked-off mom and a mystery that seems to wander through the sexier capitals of Europe. All true. Missing is vastly entertaining, high-grade preposterous storytelling.

At the start we meet a mom. That's Becca Winstone (Ashley Judd), who is out jogging, all soccer-mom attitude and outfit. There's a call from her husband (Sean Bean), who is in Vienna with their young son. There's a bit of conversational business about a soccer ball (signed by Zidane, we're told, to signal that this show is jiggy with Euro sophistication) and a teapot being brought home. Next thing you know, dad is dead, his car blown to smithereens.

Then, it's ten years later. Mom is out jogging again. What happens next is that grown-up son Michael (Nick Eversman) wants to go to Europe for a while to study. He says, "I don't need you to protect me any more, Mom." Yikes. If ever there were famous-last-words, that's them, right there.

Time passes, but very quickly in this high-tempo show. Michael fails to call from Rome. Mom goes in search of him. She locates an apartment he was in. And then, when some other guy comes into the room, armed with one of those guns with a silencer, mom goes berserk. Totally, all-out, action-hero berserk. You do not want to mess with this mom. Oh sure, she looks like a soccer mom in her yoga pants and little pink cardigan, but she can kick, punch, slap and strangle no-goodniks to beat the band. Her use of a clothes hanger as a weapon has to be seen to be believed.

In due course, after a Vespa-scooter chase through Rome, a fast train to France and some more fistfights, we do, actually hear Becca Winstone declare, "I'm not CIA, I'm a mother looking for her son!" Thing is, she used to be CIA, her husband was killed by Russian intelligence, and, well, Becca is somebody to fear. She's deadly, she's rogue and her son is in danger. Across Europe, various security agencies are weirded out and wary of Becca. By the way, I'm only giving bits of it away here – there is a ton of plot.

There is much to admire in Missing if it's taken as a well-crafted thriller. It has wit and drollery. The idea of the mom as badass super-agent is nicely done. While some CIA guy in Paris is shouting "I want Becca Winstone in my office before this coffee gets cold!" the viewer knows that Becca cannot and will not be bossed around. She's a mom on a mission.

Ashley Judd is very good in the lead, at ease with the action and the European setting. Judd is an interesting person away from her acting work. She had two university degrees, including a Masters in Public Administration from Harvard, speaks several languages and is politically active on issues that would befuddle most Hollywood acting types. She talks in complete sentences, sometimes in admirable paragraphs and has a vocabulary that would put many journalists to shame. Missing depends entirely on her, and it's her assuredness that carries the show.

What does it all mean, if anything? First, if somebody disappears while out buying milk, bad things have probably happened. Second, it's always best to be nice to a mom on a mission. She can destroy you without breaking a sweat.

The Age of Anxiety (CBC, 9 p.m. on Doc Zone) is an exploration of the prevalence of anxiety disorders in the world today. Of course, it all depends on what constitutes "anxiety." We're told that, according to the World Health Organization, disorders related to "dread" are the most prevalent mental illness on the globe at the moment. Is this authentic? Well, according to the doc's producer, Ric Esther Bienstock, "the medical definition of what constitutes an anxiety disorder is expanding to include so many aspects of normal human behaviour that we're in danger of turning half the population into psychiatric patients. The way things are headed, getting an anti-anxiety prescription will be easier than getting a driver's license." You should be anxious to see this. 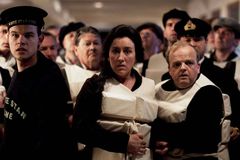 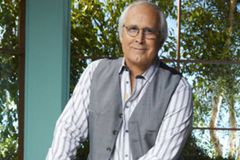 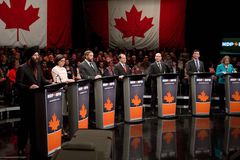 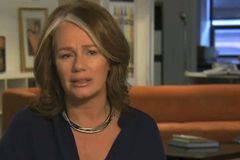 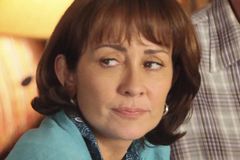