The cops at Montreal's Station 19 will be back on TV this month. They will be fighting crime on the streets, confronting corruption in police ranks and battling the demons within their own souls, but one thing they won't be doing is speaking French.

The English version of 19-2, which was based on Radio-Canada's French show of the same title and which returns for a third season on Bravo June 20, takes place in a linguistic netherworld where street signs are in French but the language is barely ever spoken.

Producers say the concept is that the characters are francophone and are speaking French, but we hear them in English – the same way the Swedish detective Wallander speaks English on the BBC series based on the Swedish books. For anyone familiar with the joys and challenges of a bilingual city, this requires some powerful suspension of disbelief. A 19-2 episode this season featured an ugly anti-police demonstration where protesters waved signs that said "Pigs" and "Shame" and made liberal use of the traditional Anglo-Saxon expletive. I found it hard not to think, yeah, but those signs and those curses should be in French.

English-language television drama set in Quebec is a rarity and when it does appear it faces a very particular artistic problem that it seldom conquers. The characters on a French-language show can realistically use the occasional English expression or throw a few words of English at some bit player while their larger dramas unfold entirely in French, but their anglophone equivalents walk streets and enter stores that seem weirdly bereft of Quebec's first language.

CBC's This Life, the other English drama currently being shot in Montreal, began last season with a single French word: "Merci!" Torri Higginson's Natalie Lawson – she's a single mother with cancer, a columnist with an English Montreal daily and part of a tight-knit anglophone family – was thanking someone who had held open a hospital door for her. But she didn't use the language with anyone inside the hospital nor with her son's francophone girlfriend. (Actress Naomi Frenette plays that role with a discernible French accent.)

Yes, television drama is often unrealistic: This Life includes some deft observation of contemporary family life, but the women still go to bed with their makeup on and live in perfectly decorated houses. Meanwhile, on 19-2, the cops seem to shoot criminals dead in every other episode. But that's just TV; the lack of linguistic realism seems harder to overlook because it makes these shows, both of them well-conceived and strongly performed, feel unanchored in any particular place. You may see a lot of Montreal on your screen but you never feel transported there since you hear so little of the city.

That's why I am ambivalent about news from the Quebec English-Language Production Council that the genre is experiencing a revival. In a recent press release, that professional association announced that its work with the Canadian Media Fund to direct more money toward anglophone productions is paying off big time: The CMF changed the rules around grants to anglophone minority shows in Quebec in 2013 and has recently allocated $4.5-million to the area for 2016-17. The council reports that a record 40 hours of English television drama will be produced in Quebec next season. As recently as 2011-2012 – before the arrival of 19-2 and Mohawk Girls, set in Kahnawake, Que. – that number was zero, but it has been climbing steadily since the new rules took effect.

Quebec's vibrant and scrappy English artistic community, which may pine for the long-lost days when Montreal was Canada's cultural capital in both languages, struggles to get a fair shake from provincial funding bodies that are more attuned to the needs of their francophone clients while sometimes finding itself overlooked by federal agencies, too. English-language dramas visibly set in Montreal were becoming an endangered species before 19-2 and This Life came along. As far as I can remember the last one would have been The Foundation, a comedy that sadly only lasted a single season on Showcase back in 2009. It was a very black and very smart satire of the philanthropic sector, but it also took place in a city where no one seemed to speak any French.

Of course, you could make a similar criticism of dramas shot in Toronto or Vancouver that never recognize the multilingual realities of those cities. That's why many observers were so excited by the arrival of Blood and Water, the Vancouver police drama that aired on the multicultural station OMNI last year. The show revolves around the murder of the son of a billionaire Chinese real-estate developer; the dialogue is in English, Mandarin and Cantonese with subtitles where necessary. The second half of its first season will be airing this fall.

Seeing the cultural dynamism of any Canadian city reflected that accurately in a television drama is highly unusual but does suggest audiences may be ready for more multilingual TV. The Quebec production council is looking forward to more episodes of 19-2, This Life, Mohawk Girls – as well as two new series to be created for CBC and Bell Media. Maybe one of them will actually sound like Montreal.

Kate Taylor: Rethinking the rules around what counts as Canadian culture
May 6, 2016 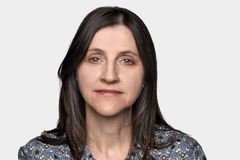 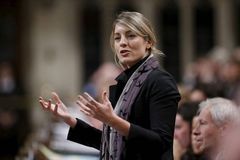 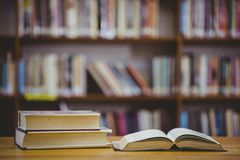