The new Comedy Central show Nathan for You opens innocuously enough. "My name is Nathan Fielder," intones the dry-voiced narrator, who appears on screen in a dress shirt and dotted tie. "I graduated from one of Canada's top business schools with really good grades. Now, I'm using my knowledge to help struggling small-business owners make it in this competitive world."

This introduction is only partly true. Fielder did graduate with solid marks from the business school at the University of Victoria back in 2005. But the advice he offers on the show can only mildly be classified as "helpful." A loose parody of business-guru programs like Restaurant Makeover, Nathan for You sees Fielder persuade struggling business owners to try ideas that could be generously classified as so-crazy-they-just-might-work. In the first episode, he convinces a frozen-yogurt shop to begin selling a "poo-flavoured" treat. Later, he talks a pizza parlour into making an impossible "eight minutes or free" delivery promise. (The catch: The free pizza is only one square inch in size.)

"We make sure the ideas will actually work in some capacity," says Fielder, on the phone from Los Angeles. "These business owners aren't idiots – they're smart, reasonable people. If I can't provide a somewhat sensible argument that this will bring in business, there's no way they would let us do it." Case in point – the yogurt gambit drew in a lot of curious people, if not any new long-term business.

Some of Fielder's other crazy ideas have turned into accidental hits. In an episode that recently aired, he helps a struggling petting zoo stage an obviously fake viral video, by coaxing a pig to "save" a goat that's become trapped in a pond. (Fielder says he was trying to make the pig into a celebrity attraction, like Shamu at Seaworld.) The resulting clip has received more than seven million YouTube views and even drew attention from national media. "I was laughing so hard. When I saw Brian Williams talk about it, I remember thinking, 'I don't know how the world works anymore,'" says Fielder.

Nathan for You comes at a boom time for new, offbeat cable comedies. A good half-dozen shows featuring comedians with big online followings are debuting this spring. Kroll Show, the outlandish sketch series from comedian Nick Kroll, debuted on Comedy Central in January, while Fielder's own premiere on Feb. 28 was twinned with another man-on-the-street experiment, The Ben Show with Ben Hoffman. Stand-ups Anthony Jeselnik and Amy Schumer, and hard-to-classify improv comic Andy Daly also have eponymous vehicles rolling out in the next few months from Comedy Central, while IFC and Adult Swim continue to commission their own experimental series. Dave Bernath, a programming VP at Comedy Central, says overcrowding isn't really a concern. The channel has found that viewers are looking for new content in the 10 to 11 p.m. time slot, and believes Fielder's show will find the right audience. "Nathan has a very distinctive point of view," says Bernath.

The show Fielder's most closely resembles might be Da Ali G Show, a program where unsuspecting people were interrogated by Sacha Baron Cohen's self-assured but wildly naive alter-egos. Nathan is sometimes even more uncomfortable, the tension exacerbated by Fielder's deadpan screen persona. He comes across like a visiting alien, struggling to comprehend why people find his ideas so outrageous.

His comedy is "like a blank canvas," says Chris Locke, a comedian who has worked extensively with Fielder in Toronto. He says people reveal a lot around Fielder "because they can't tell if they're being had or [if they're] dealing with a moron."

Fielder should be familiar to fans of the Toronto comedy scene. He started attending Humber College in 2006 – he says a deadening clerical job in British Columbia drove him to try something new – and quickly established himself through live shows like Laugh Sabbath at the Rivoli and Web videos.

Fielder says he learned how to find comedy in ordinary people during a two-year stint as a correspondent on This Hour Has 22 Minutes. His "Nathan on Your Side" segment saw him mess with, among others, professional matchmakers, Green Party candidates and animal whisperers. "I learned that when you put people in situations they aren't used to, you see more of their real personality."

Following his stint with the CBC, Fielder moved to Los Angeles, and worked as a staff writer on two form-breaking Comedy Central shows – Important Things with Demetri Martin and Jon Benjamin Has a Van – before being given the plum 10:30 Thursday-night timeslot for Nathan for You, right before The Daily Show.

The show's viral successes so far – the pig hoax was covered in The New York Times and Entertainment Weekly – bodes well for Fielder. But if the whole endeavour doesn't work out, he always has his business training to fall back on.

"I'll still call him or e-mail him today for business advice," says Locke. "It's always good. Not like the advice he gives on his show."

Side of Smooth – Toronto comic Chris Locke and Fielder made a number of online videos together, including two as a parody R&B group. Their lyrics, made up of increasingly silly nonsense words, are delivered with a trademark deadpan.

"How to" on Q – For April Fool's Day 2009, Fielder appeared as a "prank expert" on Jian Ghomeshi's CBC Radio arts show. His innocuous proposals – including leaving marbles on a co-worker's desk – baffled many listeners unfamiliar with his work on This Hour Has 22 Minutes.

"Two Washingtons" on 22 Minutes – For the first Obama inauguration, Fielder flew to Washington, only to realize that the U.S. state and the U.S. capital are different things. His awkward explanation, backdropped by the Seattle Space Needle, is a great bit of anti-comedy.

Wait, for how long? Jon Stewart to take sabbatical from The Daily Show
March 5, 2013 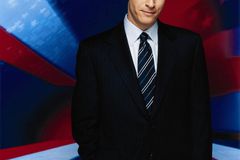 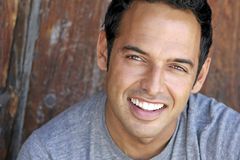