The Brother and the lads in his digs emerged from their lair in Etobicoke recently to annoy me.

As long-time readers will be aware, the Brother was last located on the outskirts of Vancouver, living in a treehouse. He was involved with a young woman whose father knew he was entirely unsuitable and grudgingly allowed him to live up the tree on his property. Now he's back in this neck of the woods.

An impertinent rat-a-tat-tat on my front door should have alerted me to the looming exasperation. I opened the door to find, on the porch, the Brother and three lazy-looking louts named later to me as Gerrit, Gavin and Dave.

"Can we watch the Olympics in your house?" the Brother asked, getting straight to the point, which is not his usual style. "No," I said instantly. "Rita doesn't like strangers."

The Brother looked askance. "Rita is the cat," he informed his posse.

"But we're not strangers at all," he pleaded. "And Gavin here has kitty treats in his knapsack." I was having no truck with this. "Rita has a dicky tummy," I said. "Her diet is closely monitored."

The Brother considered this. A passing neighbour stood and stared at the lazy-looking louts on my property. Probably thinking I was going into the Airbnb racket and starting to worry. "Listen," the Brother said, "That's just like our great Olympic athletes. Very particular about their diet. We're scholars of the athletes." He was delighted with himself for his feigned cleverness.

"The luge," Gerrit barked. "We have money on the luge!"

"There's no wagering in this house," I shouted, trying my best impersonation of my father. Silence ensued. "Did you know that Gerrit is a Dutch name meaning "brave with the spear," the Brother announced trying to distract me. "There will be no spears in this house!" I said back to him. "Rita would go mental. And what sort of wagering is going on already?"

"We met a Swedish man in a bar," Gerrit announced. "We made a bet with him about the luge. We tried to coax him into betting against Tessa and Scott in the ice dance, but he was wary of that, as well he might be."

"You have all the channels, the Olympics are all over the place on TV and you'd hardly notice us," the Brother whined. I duly considered this. I needed to stall for time.

"Get yourselves over to The Done Right Inn and meet me there," I ordered. The Dunny (as it is known locally) is a nearby tavern, plain but cheerful and friendly.

On closing the door and after reassuring Rita that no spears would be wielded in her house, I called the Dunny. "There's a gang of palookas coming over claiming connection to me. They get nothing on my tab except stone-cold water." The barkeep on duty, an award-winning writer with the gift of pith, replied, "Roger that!" I neglected to point out, in case of confusion, that none of them was named Roger.

Pondering is what I did next. It's true the Olympics are going on at an unholy hour in Pyeongchang, South Korea. It's true that most of us know little about our athletes prior to the Games. What would I know about the antics at the Yongpyong Alpine Centre except what some alleged expert was prattling about on CBC, NBC or one of the other multiple channels attempting to offer coverage? Could I even survive all those inane commercials for Canadian Tire and a plethora of fast-food outlets without going insane? Can any of us? It's all very well to declare, "We are Winter," as Canada did going into the games in Sochi, but are we? "It's a magical sporting endeavour," the Brother had declared as he headed for the Dunny. "We'll help you out with your coverage. No bother."

At the Dunny, the Brother and the lads in his digs were splayed around. Drinking water it seemed, to my great relief. I ordered a small Jameson to help my shattered nerves. "The luge," Gerrit barked. "We have money on the luge!" This made me suspicious.

"What else is in that knapsack?" I asked. Silence. "Schnapps," the Brother answered sheepishly. "Peppermint schnapps. We had a few tots on the way over."

I considered the Brother with grave and exasperated deliberation. His hobbies are following winter sports, growing his beard and signing up for dating sites. What am I to do?

I don't know yet, but I'll tell you this for a fact – the XXIII Olympic Winter Games actually get under way on Thursday. There is coverage of curling, moguls and team figure skating starting on CBC at 7 p.m. ET. Oh, my shattered nerves.

Canadian skiers not fazed by frigid weather at Olympics
February 7, 2018 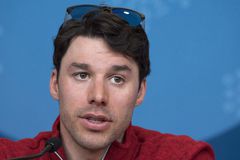 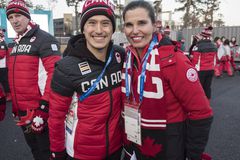