At age five, Thursday was my favourite night. It wasn't because attending Beaver Scouts at the local church was a thrill; that was mostly tedious. But it was the one night a week when my bedtime could be extended from its usual 8 p.m., for a very special reason: The Simpsons was on.

At the time, I couldn't explain what made the yellow-hued crew so compelling, but it was a weekly ritual that felt important. I would race home, far more attentive to the time than five-year-olds usually are, slip into my pyjamas and bask in the glow of my favourite TV family.

Twenty-five years later, The Simpsons is no longer the magnetic fixture it once was. The show has faded into the cultural landscape it helped shape, and its golden-years episodes of the 1990s are now distant enough to be the stuff of nostalgia.

But since Aug. 21, those memories have been revived as the TV channel FXX began a 12-day, 552-episode, 25-season marathon. People who grew up with with the show shared their reminiscences on Twitter, and former Simpsons writers told stories about how some of the most cherished moments were created. Watching it felt like revisiting an old friend, catching up, and remembering good times.

The early episodes of The Simpsons were great: No one can forget when Homer almost skateboarded over Springfield Gorge, or when the town goes crazy for a monorail scheme. But the most important quality of these early years is easily overlooked in hindsight: The Simpsons was incredibly subversive, and passed on that particular sensibility to a generation of viewers.

Bart scoffs at parental authority. Lisa, the show's idealist, exposes the shortcomings of institutions she yearns to trust. Mayor Quimby is sleazy. Reverend Lovejoy is apathetic. Police Chief Wiggum is incompetent. The show was irreverent and distrustful of status quo, and did it in a way that was smart, although they sometimes spelled it S-M-R-T. Even for a five-year-old who didn't get all the jokes, it was perfect.

"I think The Simpsons is the greatest television show of all time," says Bill Oakley, a Simpsons writer in its heydays who also acted as showrunner with Josh Weinstein for two seasons. "And that has nothing to do with the fact that I worked there."

Oakley has been sharing his Simpsons memories on Twitter as the marathon unfolds, picking his favourite episodes and remembering how the show's writers pushed the line by fighting to use the word "scumbag." He now has kids old enough to watch the show, and they're seeing some golden-years episodes for the first time. But it's not the same.

"They are enjoying them. On the other hand, to them, they don't see it as anything revolutionary," he says in an interview. "To them, they see it as just another show like Bob's Burgers. They don't realize it was the granddaddy of the whole thing."

If The Simpsons seems tame by 2014 standards, consider that in a 1992 campaign speech, President George H.W. Bush invoked the show as a threat to American family values. Some parents forbade their children from watching the show, lest they see Bart as their hero, observe Homer's flaws in their father, or adopt Nelson Muntz's schoolyard bullying "haw-haws."

My parents banned me from watching Married With Children, perhaps out of fear that I would aspire to be Al Bundy, and my dad didn't like a Homer-branded Christmas gift he received one year. But the colourful tones of Springfield earned my parents' stamp of approval in spite of the show's subversive nature, and I was better off for it.

The show taught me to be skeptical of authority, and question how that power is made. Those are useful tools to understand the world for any individual, let alone one who would eventually make his living as a journalist. Intentionally or not, The Simpsons provided a framework to understand the broader cultural landscape, especially for people who grew up with the show.

Journalist Chris Turner, author of the 2004 book Planet Simpson, says that while its best years are behind it, the influence endures. "The Simpsons lens for viewing pop culture has moved on to shows like The Daily Show and The Colbert Report," he said. Turner adds that for much of the show's early run, there was nothing like it available when it came to satire: "For the post-Internet generation, you already find yourself trying to convey the limits of what was available prior to the Internet."

In many ways, the show has come full circle. Through its longevity, it now feels like the kind of institution Lisa might dismiss with a brutal "meh." But its legacy endures. Turner notes that the tone of Twitter, where the retrospective of the show has largely taken place, closely matches the quick, snarky and referential sensibility of The Simpsons.

People may not race home to watch The Simpsons any more, but they don't need to. Long ago, at a moment I didn't quite notice, the show started to come to me, and I realized that's what makes it special. 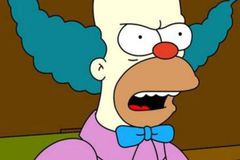 Modelling a culture after The Simpsons
May 11, 2018 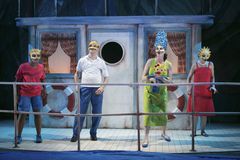 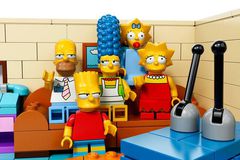