Say hello to the undead. Again. But this time say bonjour, and be very, very grateful that you've been introduced.

The Returned (Saturday, Space, 10 p.m.) is extraordinary TV drama. Airing in French as Les Revenants, with English subtitles, it was shown on the Sundance Channel in the United States last year and made many critics' lists as one of the top-five shows of the year. Now that we can see it here, little wonder.

Chilling and unnerving in its sadness, The Returned anchors its story, about the dead coming back, in the ordinary and the mundane. In a small town in the French Alps, where life unfolds in predictable rhythms, some people bear their losses as everyone does, everywhere. Some mourn a child who died in an accident and move on, brittle, shifting their lives to accommodate loss. Others brood ceaselessly in grief and become lost themselves.

It is life everywhere, wherever the grass grows.

And then, in this place, a child four years dead reappears. The girl, Camille (Yara Pilartz), died in a bus crash but walks into her home, unaged, unbruised, unaware that she's been gone for years. She's a twin and her sister Lena is now four years older. Camille's mother is, of course, stunned, joyous, terrified and unsure.

Those emotions go to the core of the deep seriousness of the series. It asks us to look at death in terms of what it means to the survivors and speculates on what the dead might think about how the survivors coped.

There is a group of the undead in this community. The young musician, Simon (Pierre Perrier), has been 10 years dead and searches for his girlfriend, Adèle (Clotilde Hesme), only to realize she is about to marry someone else. Adèle decides to believe that Simon is a ghost, an emanation of her disturbed mind. But Simon is real, and angry. And then there's the silent child Victor (Swann Nambotin), whom nobody can recall alive.

In terms of classification, there's confusion about how to describe The Returned. The Space channel, on its website, says, "The zombies in The Returned aren't moaning oafs with brain-stained mouths; they're regular people, trying to live regular lives." Yet obviously these are not zombies. One of the show's producers, Jimmy Desmarais, said in an e-mail interview with the Chicago Tribune, "They are not zombies, they don't even know they are dead at first, they just want to start their life again. The human dimension of the return prevails over any supernatural or frightening one. But as time goes, and confronted by the difficulty of returning with the living loved ones, the returned take different paths."

Now, there are subtle elements of the supernatural and horror woven into The Returned. The water levels in the town are changing.

A young woman is brutally attacked. But there is no dabbling in the usual context – no apocalypse, no hint of science gone terribly, horribly wrong. The setting, with its beautiful, distant mountains and rolling hills in the foreground, is used impeccably to suggest that nature is benevolent. The fraught question raised is this – if the mourned, much-loved dead return to us, is that a benevolence bestowed on the living or the dead?

Watching The Returned (it airs after a new episode of Orphan Black, making for a startling two hours of TV) is another reminder of how profoundly contemplative and disturbing TV drama can be in this new age of its development.

The Returned is a little masterpiece and, among other things, it reveals as a lie the notion that the best of TV drama is confined to a few so-called "loss leaders" on U.S. cable and confined to the U.S. market.

This isn't U.S. cable and it's one of the finest dramas in years.

The Musketeers (Sunday, Showcase, 10 p.m.) is a new BBC rejig of the Alexandre Dumas novel The Three Musketeers. And it isn't for purists.

A madcap, swashbuckling adventure, it's all swords, savage wit, floozies and strapping lads taking off their shirts. Plus Peter Capaldi doing a devilishly good villain as Cardinal Richelieu. Wildly popular in Britain already and renewed, it is a slightly insane period romp.

Handsome guys remove their shirts and wave their swords around – who knew there was such appeal?

This, he has said, will not be a copy of The Daily Show.

"It's not going to be 'fake news' in the way that The Daily Show is presented, like a parody," Oliver told TV critics. "There is no rigid format."

Given that it is on HBO, expect considerable swearing.

How Temple Street is changing the face of Canadian television
May 12, 2018 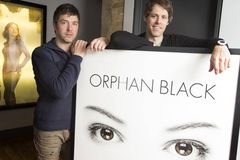 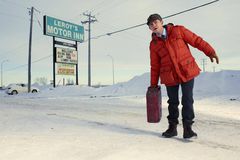 Orphan Black erupts into second season with new intrigue
May 12, 2018 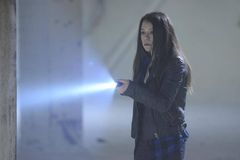