Are acid reflux and heartburn keeping you up at night? It's not the food, it's not the liquor. It's irritation.

Irritation springs eternal if you watch TV. Oh, you can stick to your Breaking Bad or your cozy British mysteries and think you're superior, remote from the rabble. But it's hard to completely avoid commercials. And, of course, you still watch the news. What's Rob Ford gone and done now? What eccentric, mean-spirited position has the federal government taken and is being spun to the public by some unctuous, sanctimonious doofus?

Some year-end lists are easily done. This is one – most irritating Canadians (TV-related) – is not, precisely because there's a cornucopia of irritating people on TV; just turn on the darn thing and they are there.

Of course, intuition tells you the instant list – Rob Ford, most famous Canadian mayor of all time. (I'm picking William Shatner to play him in the movie.) His brother Doug, the ventriloquist to the dummy, all macho rancour. Don Cherry and Kevin O'Leary – power hosers. Conrad Black attempting to turn his harrumphing persona into a television hit on Vision TV. Our Glorious Leader with his fetish for making like a rock 'n' roll singer at Conservative party events.

There was great TV during 2013. But here we name the bothersome people, the irritants. It's all very well to spread joy – go ahead, knock yourself out. But you know you like this kind of list, too. Herewith, a mere attempt at listing the worst offenders. You can add more on your own time. Fun for the whole family, guaranteed.

1. Moses Znaimer. He's number one because his Vision TV is responsible for creating a TV vehicle for Conrad Black. And then the act that amounted to stunning grotesquerie – Black's "conversation" with Rob Ford. What unfolded was an encounter so dispiriting and oleaginous that you wanted a shower afterward. Black nodding and smiling as Ford made outrageous statements and allegations. Znaimer is responsible for it all. And should be named and shamed for it.

2. Amanda Lang. These days, it seems Lang speaks for the government of Canada. She exhibits none of the characteristics you associate with journalism, even of the TV variety. No questioning attitude. A "senior business correspondent" deeply deferential to business figures. On those The Bottom Line panels on The National, she uses "we," giving the impression she's a government spokesperson. She is so dismissive of Jim Stanford, who represents the trade-union perspective, that it's outright rude.

3. John Baird. You know that Canada has taken an embarrassing position on something when Baird is trotted out to bark. An attack dog of a man; the definition of disagreeable.

4. BodyBreak couple Hal Johnson and Joanne McLeod. For years they irritated with their patently false cheer as they encouraged Canadians to be active and eat better. Then they went on The Amazing Race Canada. Didn't do too well. McLeod swore at another competitor. And then denied it before changing her story to admit there was an F-bomb. Nice role-model work there.

5. The A&W manager. You know him – the smarmy man trying to persuade people to eat the burgers. Mama Burgers or something. Oh, he has had many adventures in his role, from the inane to the idiotic. People turn off the TV when he comes on. I'm assuming he's Canadian. If not, whoever claims him can keep him.

6. Freestyle skiers Justine and Chloé Dufour-Lapointe. Now I'm sure they are not really irritating, these nice young women. But CBC's obsessive use of the comely sisters, in soft light, has made them irritating. And, anyway, since when does CBC make the Winter Olympics about eye candy?

7. Ezra Levant. A perennial favourite, Levant outdid himself on the short-lived Ford Nation show. A rant so insane, in defence of Ford, that even in the annals of Sun News it is a classic.

8. The Wonga Women. Two plastic figures with English accents peddling some dubious "short-term lending" system, one that has been attacked in England by the Archbishop of Canterbury, no less, and by trade unions for its "vulture capitalism."

9. Russell Peters. Less funny as he gets more rich and famous. There's no longer a winning joke in his shtick. And he's the star of an especially odious Christmas special that will end up on TV every Christmas forever.

10. Ziya Tong. Co-host of Discovery's Daily Planet, she declares everything "totally amazing." This is on an alleged science program. Turn down the giggling and gushing. Way down.

Here are some of the best shows you can’t see on Canadian TV
December 12, 2013 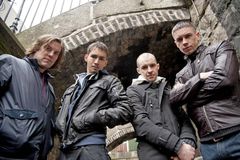 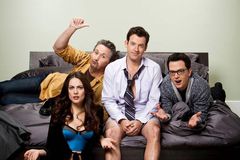 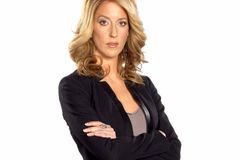