Chew on that one for a while.

The Untouchables (on Frontline, PBS, 10 p.m.) is a transfixing, enraging examination of why a small army of greedy-guts bank executives in bespoke suits, the ones who brought down an entire economy, are moseying around, fancy-free, and not in court or in the hoosegow.

It's fair to wonder why. And, timed as it is to air one day after Barack Obama begins his second term as President of the United States, the program is a brutal indictment of his administration.

What happened in the collapse of various banks in 2008 was mind-boggling. The U.S. economy itself came to the brink of disintegration. Look around the world at the impact and it is devastating. As we now know, a vast network of banks, all in cahoots, led Europe and the United States into recession. (A very good read on the madness in Europe is Michael Lewis's book Boomerang: Be prepared to be stunned by it.) Around Europe, former bank execs have been prosecuted and some are doing jail time. In the United States, nothing more than finger-pointing has happened.

The Frontline program, written and produced by Martin Smith, begins with an assertion by a U.S. Justice Department official that "greed is not necessarily criminal." It then looks at the difference between greed and criminality and finds copious evidence of criminal fraud.

At the core of the program is an examination of what was at the core of the banking practices that precipitated the crisis – the banks knowingly packaged and sold toxic mortgage loans to investors. These dubious loans should never have been given in the first place. The banks knew that and merrily stepped around financial safety standards to keep the game going.

Particular attention is paid to Countrywide Financial, which, in 2006, financed 20 per cent of all mortgages in the United States. Its business plan was simple, we are told – "a loan for every customer" was the motto. Even if the customer had no income. A former employee, who questioned the viability of some loans, was told, "If they can fog a mirror, we'll give 'em a loan." Total jiggery-pokery.

So mortgages, based on unverified information and inevitably headed for collapse, were sold and resold, with everybody along the banking line getting a fee, and nobody being bothered to make it stop. We hear from a "Due Diligence Underwriter," a person tasked with assessing the loans and mortgages, who says, "It wasn't uncommon for underwriters to laugh at the loans being given." But his boss would dismiss the concerns and say, "The loan looks reasonable to me." The boss's bosses would then sell a package of dubious loans to investors with an assertion that everything was fine. At one point, Countrywide was estimated to have assets of $200-billion. When it was acquired by Bank of America in 2008, its assets were estimated at only $2.8-billion.

What emerges is a picture of dubious practices unchecked. And then what emerges is a number of politicians and officials seething with rage that fraud charges have not been brought against key players.

A lot of people are mad at the U.S. Department of Justice for failing to press charges. Former senator Ted Kaufman (a Democrat who was appointed to fill Joe Biden's Senate seat when Biden was sworn in as Vice-President in January, 2009) was, as the program says, "determined to see bankers in handcuffs." But try as he might, nothing happened.

Kaufman left Washington in 2010. His chief of staff, Jeff Connaughton, remains perplexed that prosecuting Wall Street was never a priority for the Obama administration: "You're telling me that not one banker, not one executive on Wall Street, not one player in this entire financial crisis committed provable fraud?" he asks incredulously. "I mean, I just don't believe that."

Eventually, there is a sort-of explanation from Lanny Breuer, assistant attorney-general for the Department of Justice's criminal division. Wringing his hands and obviously a bit nervous, he says, "I think there was a level of greed, a level of excessive risk taking in this situation that I find abominable and very upsetting. But that is not what makes a criminal case."

And yet, as Frontline finds, there is considerable evidence of fraud. "Very upsetting" is what you'll find this excellent exposé. Talk about getting away with it. You and I couldn't get away with it.

This is what democracy looks like: Occupying Wall Street and Bay Street
October 12, 2011 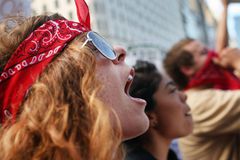 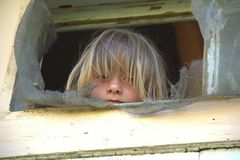 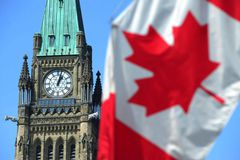