Theo Fleury is a piece of work. Always was, always will be.

Anyone who was even casually interested in the Stanley Cup playoffs in 1989 was aware of Fleury. Short, fast and always furious, he was Calgary epitomized. The Flames were roaring forward and Theo Fleury had the loudest roar of all. He was a mesmerizing figure.

Theo Fleury: Playing with Fire (HBO Canada, 9 p.m.) is one of several spinoff projects from Fleury's monumental autobiography of the same title, published in 2009. There has been an acclaimed stage version and he has launched a career as a public speaker based on the book's content and impact.

In the documentary, which was screened recently at Hot Docs in Toronto, a lot of what Fleury says is unprintable. He swears, cheerfully and with gusto. "I've become this incredibly empowered and strong person and...," he says right at the start and then starts swearing. There's also a lot of hard-driving rock 'n' roll music. It suits the Fleury style.

It takes a while before the core of Fleury's story emerges. In his book, he explained that he had been sexually abused by coach Graham James over a period of two years when he was a teenager. (When the book came out, James already had been convicted of abusing Sheldon Kennedy and another player.)

In the doc, we see Fleury revisit Moose Jaw, and talk directly about the sexual abuse. We also see him react with a kind of saddened anger when, at an event in his honour, nobody speaks to him about the abuse. In a weary tirade, understandably filled with expletives, he says he is sure that someone in the room knew what was going on when he was abused.

From beginning to end, Fleury is a force of nature. We see him rehearsing for, and appearing on, Battle of the Blades. He expresses his frustration with choreographer and judge Sandra Bezic in typical fashion. Figure skater Jamie Salé, who was paired with him on the show, says, "You either love Theo or you hate him. And the people that loved him loved him more for that [ Battle of the Blades]" Fleury was, of course, eventually voted off the show. He has a few things to say about that too. His views on reality TV are not kind.

The documentary has copious, open access to Fleury, who is often beyond candid. "Smoked a lot of hash oil here. Oh boy. Yeah," he says when he returns to Moose Jaw. We also learn about his years of boozing, cocaine addiction and one-time fondness for strippers.

He says that if he looks at footage of himself playing in New York now, he sees an impossibly angry man. Others say that when Fleury played for the New York Rangers, he was just "trouble." And he says, "It was insanity at its finest."

As Kirstie McLellan Day, who co-wrote the book with him, says, "Theo made $50-million playing hockey, and he lost it all." Fleury says it wasn't hard to do, given the shape he was in. It is estimated that one weekend party he threw in Chicago cost him $1.3-million.

Fleury is also frank about the brutal experience of publishing his book and being interviewed about the abuse. He makes it clear that he got used to the question "Why didn't you say something sooner?" But he is not exactly happy about the endless coverage of Graham James.

Near the end, Fleury says, "I know the book has pissed off a lot of people in hockey. But I also know how many people I helped by writing that book."

This is an immensely compelling doc (produced by Larry Day, directed by Day and Matt Embry) because Fleury is the kind of person who is magnetic, no matter what shape he's in. Someone in the doc says he has "never made amends." Well, the book and this doc do that, very publicly.

Fleury is angry, funny, melancholy, wistful, proud and often hilarious. Above all, he's tough. And he's admirable, especially in his scathing comments about hockey and the cloak of secrecy that hangs over much of the game. He's still, to the chagrin of many, a real piece of work.

Note to readers This story has been modified to reflect the following correction: Theo Fleury: Playing with Fire is being broadcast by HBO Canada. Incorrect information appeared in an earlier version of this story. Duhatschek: Catching up with Theo Fleury
April 26, 2018
Upfront Week: There's no business like this mad TV business
May 8, 2018 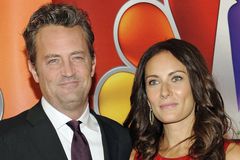 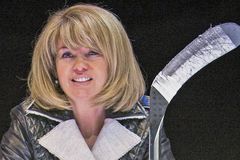