It's a big, big weekend on TV, packed with new and returning productions.

If you're hot for Game of Thrones (Sunday, HBO Canada, 9 p.m.), that's your big-ticket item. To summarize (carefully, lest curses be rained down upon me), it's blood, sex and death. In King's Landing, Tyrion (Peter Dinklage) is nicely cagey with this new guy, the weirdo Prince Oberyn (Pedro Pascal). The usual things happen – a royal wedding and rage. Nubile young women writhe or spend time on their knees. Meanwhile, Daenerys (Emilia Clarke) is on the march and certain people better look out. That's all I'm saying. You'll find a wider perspective on Game of Thrones elsewhere in this section.

It would be a mistake to think that the complicated debauchery and fantasy shenanigans of G of T are all that matter on TV. There are, you know, other programs to consider. So let's do that.

Veep (Sunday, HBO, 10:30 p.m.) returns with more drollery about the White House and U.S. politics. This season, the third, looks sharper because it actually takes vice-president Selina Meyer (Julia Louis-Dreyfus) out of the Washington bubble and onto the campaign trail. Yes, she's decided to run for president. The slogan used for this season is, "Boldly Running For President. Proudly Standing For Everything." There's the rub – Selina can no longer keep busy defending the president and carving out a small niche for herself. She has to sell herself and her policies to all and sundry, from farmers to arrogant tech millionaires in Silicon Valley. (Reminder: HBO's wonderful satiric comedy Silicon Valley, which I wrote about on Thursday, starts on HBO Canada, Sunday at 10 p.m., hammocked between G of T and Veep.)

There are deft touches here. Before her campaign is under way, Selina publishes a book, as all candidates do, about the glorious future she predicts for the country. At a book signing, she is presented with a butter sculpture of "the great state of Iowa." It's a rectangle of frozen butter. Selina says to an aide, "Let's tweet a picture of that and lock that caucus core down!"

As ever, her allegedly loyal staff are as likely to trip her up as are her own mistakes. There are battles about campaign jobs and hierarchy, even about who appears in photos. And Selina's legendary penchant for saying the wrong thing plays out as she often swears a blue streak, hoping nobody can hear herher. In the early episodes, there is considerable sport with Jonah (Timothy Simons), the much-loathed liaison between the White House and the vice-president's office, whose language and discourse appear to be derived entirely from pornography. The funny stuff is more ruthless in Veep now, making it a richer source of political humour.

Mystery of Malaysia Flight 370 (Saturday, 10 p.m., CBC NN on The Passionate Eye) is a quickly made program about the disappearance of the Malaysian airlines flight from Kuala Lumpur to Beijing. The program, British-made, takes the view that the disappearance has "shaken modern aviation to its very core, and which will have a far-reaching impact on the monitoring and security of future air travel." What makes it useful is the straightforward account of events surrounding the disappearance – the emergence and dismissal of one theory after another: pilot error, technical failure, terrorism or a previously undocumented occurrence. It's still a mystery, but here you get all theories and the aviation experts in one program.

A Good Man in Rwanda (Saturday, BBC World, 5:10 p.m., 10:10 p.m.) is a substantial and moving doc from BBC reporter Mark Doyle, who covered the genocide in Rwanda in 1994. There, amid the chaos and horror, he encountered one man who put his life on the line to save others. The man was a United Nations peacekeeper from Senegal, Mbaye Diagne. At the time he couldn't be interviewed or featured in reports because of his status with the UN forces. Here, Doyle put together a picture of the man. "There seemed to be no limits to how gutsy he was," says Canada's Roméo Dallaire, head of the UN's observer mission in Rwanda at the time. Doyle describes Diagne as "a larger than life character with a ready smile, which had a knack of humouring the Hutu militia at checkpoints. He saved hundreds of lives, and did so at great personal risk.Time and again he smuggled scores of Tutsis and moderate Hutus to the relative safety of the Hotel des Mille Collines in the centre of Kigali." Also, as we learn, he saved Doyle's life. 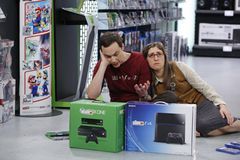