'I'm well aware this might not have a happy ending," Tori Spelling tells the cameras in a promo for her new reality series. True Tori, which premiers next week, sees the former Beverly Hills: 90210 star trying to work out her marital issues alongside her philandering husband, Dean McDermott. According to the 30-second promo they are now in therapy – it's painfully awkward to watch – and presumably pretty painful to live through – still the unhappy couple are hoping, for all intents and purposes, to be the proverbial car wreck of the spring TV season.

The whole thing is calculated and crass, to be sure, but don't hate on them too hard.

Parlaying marital triumphs (Beyonce) and tragedies (Gwyneth) is a billion-dollar industry. Like a great voice or a perfect butt, a high-profile relationship is a commodity – the only difference between GOOP and Tori is that the latter is a little more hard up for attention (when you're D-list, you need a reality show, when you're A-list, the world is your set). Either way, it's about exploiting a personal relationship for public attention: Do Spelling and McDermott need marriage counselling? It sure sounds like it, but the idea that their relationship is best served by letting this low point play out in front of the cameras is as ill conceived as chugging Champagne on an empty stomach ("Donna Martin graduates!").

I met Spelling and McDermott in sunnier times last August on the Orillia, Ont., set of what was, at the time, their latest reality project, Tori & Dean: Cabin Fever. The series was going to be about the couple's DIY(ish) renovation of a cottage as well as their family life and their kooky, but committed relationship that has been the centre of all of their reality offerings – the one where they ran the bed and breakfast (Tori & Dean: Inn Love), the one where they move back to Hollywood and hangout with their ever growing brood (Tori & Dean: Home Sweet Hollywood).

Their hammy charm (and penchant for on-air flatulence) has delivered surprisingly high ratings over the years. I caught a glimpse of it during a 10-minute interview that the burly husband and Chihuahua-sized wife conducted while cuddled up in a wicker loveseat – the cottage country backdrop was postcard-quality perfection.

Dean talked about how proud he was of Tori's ability to use a sledgehammer. Tori told me how much the family loved roasting food on the fire. Their biggest worry, they said, was dealing with a particularly hard core mosquito season. Needless to say, there was no mention of Dean's insatiable sex appetite, though they did laugh when I asked about whether they had to sneak into the woods to get it on.

Dean: "We haven't tried that yet."

Flash forward a few months, and McDermott's infidelities were front-page tabloid fodder, which lead to an alleged stint in sex rehab and now the new show. "Is this the end?," the trailer asks. Impossible to predict, but if it is, Tori & Dean: Conscious Uncoupling seems inevitable.

Game of Thrones wins first ratings battle over Mad Men. But does it matter?
May 12, 2018 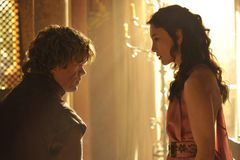 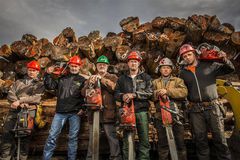 Mad Men recap: The winners and losers of the season premiere
June 19, 2017
Another Game of Thrones wedding, another major character dead
May 12, 2018 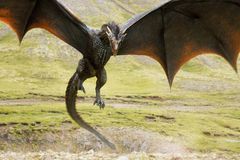 Fargo the TV series has arrived, with the Coen brothers and Billy Bob Thornton in tow
May 12, 2018 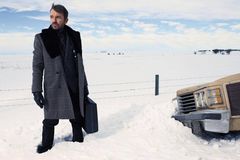 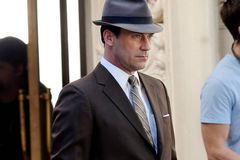 Stephen Colbert replacing David Letterman is as radical as it gets
May 12, 2018 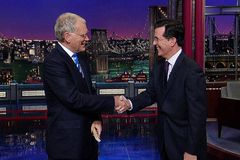