There is no such thing as a dignified pause in the TV racket.

Nosiree. That show sucks, so cancel it and move on. That show's hot, so copy it and pretend it's original. Network TV is a battlefield. The fight for viewers is ongoing, nasty and never ends. This week, the main U.S. networks unveil their fall schedules and news of sizzling new shows and cancellations come tumbling down. It will take days to sift through it all, but we'll have fun doing it. Looking for trends and tips about the future. It would be easy to speculate and mock, so let's get started.

First up – it may soon be safe for Toronto Mayor Rob Ford to watch TV again. It has been speculated, in certain quarters, that the famously Pride-Parade-shy mayor is uncomfortable with the carryings-on at events celebrating gay, lesbian and transgender people. Some people just are uncomfortable with the situation. Guys kissing. Women kissing. That kind of thing.

Recently, mainstream television was no refuge for such sufferers. It was as gay as all get-out. No more. The most striking aspect of the massacre of existing shows that preceded the annual upfront announcement, was the cancellation of many shows featuring gay and lesbian characters.

An October 2012 survey of U.S. broadcast TV by The Gay & Lesbian Alliance Against Defamation found a record number of gay, lesbian, bisexual and transgender characters. It was the 17th survey by GLAAD and it pronounced itself well pleased with what it calls "inclusive programming." The next survey will probably find a very different situation. The cancellation of NBC's The New Normal and CBS's Partners, which both featured gay couples, is not the only change. The number of cancelled shows with gay characters is very long – Don't Trust the B–– in Apt. 23, Malibu Country, 90210, Emily Owens, M.D., The Office, The L.A. Complex and Smash, for a start. And then there is the matter of Glee. It is unclear which characters will return, including Brittany (Heather Morris) the hilarious, scene-stealing, bisexual cheerleader.

Is this significant, you ask? Well, not really. While GLAAD might want to see more gay and lesbian characters, it's not that the U.S. networks have suddenly become wary of the characters and the shows. The shows being cancelled are axed because they failed to find enough viewers. This last TV season was an anomaly in terms of stats and numbers. With the NBC Broadway-based drama Smash having several gay characters and with Glee still on the air, the sheer number of GLAAD-approved characters on TV was going to skyrocket.

Besides, while NBC is cancelling Smash, the network has already announced the arrival of Sean Saves the World, a comedy starring Sean Hayes as an openly gay single father. The fact that Hayes starred in Will & Grace, one of the first series to feature gay men, and that show debuted 15 years ago, suggests that things have come full circle – it's no longer particularly notable to see gay and lesbian characters on network TV. There is no need for fuss.

That's one way of looking at it. Another is that the networks are obliged to try harder to genuinely reflect the diversity of the audience and have essentially failed to do that. A lurid storyline about a passionate lesbian affair on Grey's Anatomy just doesn't count. It's best to hope that the cancellation of so many shows with gay and lesbian characters is a mere pause in the move toward including all of society on all shows.

There are other trends emerging, too. The idea of short-run series is favoured by Fox. Possibly based on the success of The Following, which ran in 15 episodes from January to May, Fox is reviving 24 for a 12-episode run and is developing another short-run series with filmmaker M. Night Shyamalan (Unbreakable, The Sixth Sense). Call it the return of the miniseries, except that these are supersized miniseries. More trends, inclinations and fads tomorrow.

CSI (CBS, CTV, 10 p.m.) is one of those shows you think has been cancelled, but hasn't. In this, the season finale, a journalist follows the investigating team as the bodies mount up when it becomes clear that yet another crazed killer is on the loose. For reasons that defy logic, the episode also features a performance by Black Sabbath. And it's a new song, too. Obviously, Ozzy Osbourne will outlast everyone and everything. 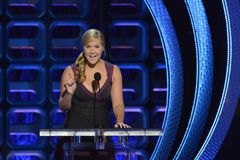 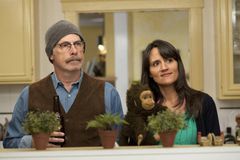 Farewell to four shows for the summer, with no regrets
May 11, 2018 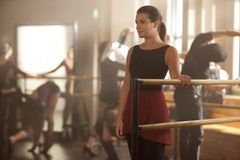