Frank Capra recounts how undershirt sales tanked after Clark Gable appeared without one in his 1934 movie It Happened One Night. An octogenarian Fay Wray, star of King Kong, flirts with her Canadian interviewer, the ever genial Elwy Yost. Director Otto Preminger insists on knowing how the television host got such an odd name.

Those are just a few of the unusual highlights of Saturday Night at the Movies, the long-running cinema appreciation show that TV Ontario cancelled this week to the outrage of fans, who instantly organized a petition to save it. "It's like Elwy died again," one Twitter follower lamented, referring to Mr. Yost's death last year at 86.

In the era before Netflix, the Internet, Turner Classic Movies and even the VCR, Saturday Night at the Movies brought families together to watch a classic movie introduced by Mr. Yost or one of his several successors, and followed by interviews with directors, producers, stars, cinematographers, special-effects artists, screenwriters and critics. In the era before Entertainment Tonight, the interviews were scrupulously professional, always focusing on the craft of cinema rather than the private lives of stars.

For 38 seasons, the films gave older viewers a chance to relive their youth and introduced younger audiences to the classics, while both Mr. Yost's irrepressible personality and the opportunity of viewing a movie on television uninterrupted by commercials proved a real draw. The program's mandate, like that of the provincial network's, was educational: It began in 1974, when Mr. Yost took Ingmar Bergman's Through a Glass Darkly to various religious communities and filmed their discussion of the film about a schizophrenic woman who hears God speak to her. Yet, the show was often criticized as mere entertainment, especially since it featured more Hollywood than Bergman. What was educational about King Kong, one newspaper columnist demanded. What was educational about Abbott and Costello, a competing broadcaster complained.

Apparently, they had never heard cinema is an art form. Pioneering film appreciation on television, the show's retort was in the introductions, which gave context and flagged particular scenes or performances for the viewer; and in the interviews, filled with on-set anecdotes, explanations of directors' and actors' choices, and technical information about movie-making. Numerous Hollywood veterans were interviewed on the show, including John Huston, Henry Fonda, Gregory Peck, Roger Mitchum and Dorothy Lamour, as well as the occasional art house director, prominent Canadian filmmaker or worthy documentarian. The tone was always friendly and informative, rather than critical; aging stars, in particular, warmed to the renewed attention and Mr. Yost's bubbling enthusiasm for film.

None of his successors, who included CBC radio personality Shelagh Rogers, Globe and Mail columnist Johanna Schneller and the current host Thom Ernst, succeeded in matching Mr. Yost's hold on the public imagination. Whatever their on-screen personalities and love of film, they were significantly hampered by a new media environment that offered viewers multiple ad-free choices on their own schedules. Still, Saturday Night at the Movies had always lived beneath the dangling sword of new technology.

"We thought when VCRs came that would be the end of us. All of a sudden you could own Citizen Kane. Why would you watch it on TVO?" recalls long-time producer Risa Shuman, who left the show in 2005. "I thought for sure we would be toast when Turner Classic Movies came in. … Every new technology brought a new concern. Yes, it's sad it's gone after 38 years, but yeah, it lasted 38 years."

After nearly 40 years, Saturday Night at the Movies falls to TVO cutbacks
November 13, 2012 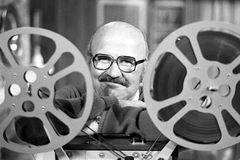 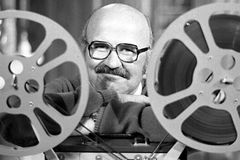 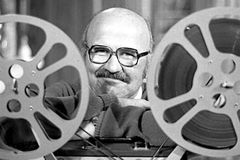 Steve Paikin: the journalist who likes everybody
May 20, 2011 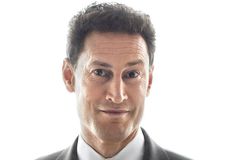 TVO to get $25-million makeover
June 29, 2006
Follow Kate Taylor on Twitter @thatkatetaylor
Report an error Editorial code of conduct
Due to technical reasons, we have temporarily removed commenting from our articles. We hope to have this fixed soon. Thank you for your patience. If you are looking to give feedback on our new site, please send it along to feedback@globeandmail.com. If you want to write a letter to the editor, please forward to letters@globeandmail.com.
Comments