This thing called Undercover Boss arrived on CBS in February, 2010, airing in the plum spot just after the Super Bowl.

Two years later, along comes Undercover Boss Canada (W, 9 p.m.). Like the U.S. version, it's as bogus as all get out.

For a start, there is something utterly cheesy about the premise. It plays into the ludicrous idea – one that stretches back to when the world was all serfs and nobility – that if only the benign King/Queen/whatever at the top knew the struggles of those at the bottom, then they'd make things right. Nice fantasy, but only a fantasy.

Eventually, workers organized into guilds, associations and trade unions to improve their situation, instead of relying on wishful fantasies about the rich and powerful. See, along the way, it turned out that those at the top were more likely to say "Let them eat cake" than step in to provide more bread.

What's especially grating about the Canadian version is that the premise of a CEO doing mundane, low-paid work undercover is presented as a way forward in difficult economic times. As if this ruse was all done in a noble spirit of transparency and accountability. As tonight's debut opens, a voiceover booms, "With the world economy in a fragile state, companies must adapt.…" And then we see the CEO of the Toronto Zoo get ready to clean up a pile of penguin poop, among other things.

The format stinks as much as penguin poop, to be honest. We start with the CEO profile. Immigrant story. Family man. Nice person. Blah blah. As the entirely predictable story then unfolds, a voiceover makes such ridiculous pronouncements as, "When the shocking truth sinks in, lives will never be the same." And after every commercial break there's the tiresome, repetitive summary of what has already happened.

At the end, there are hugs. Yep, loads of hugs. And some employees, usually the ones with an elderly or sick relative, get a gift of a short holiday or a night out. And all is right with the world. As if.

Tonight's opening show is particularly perplexing. I'm sure that John Tracogna, CEO of the Toronto Zoo, is a nice man. But when he performs various tasks at the zoo, in a disguise, he seems oddly ignorant of what actually happens at the zoo. (He should have screened the excellent but cancelled series, Zoo Diaries, about his own workplace.) The feeding and care of animals is a daily, repetitive and complex task, but he seems taken aback by what unfolds. He uses such management-speak terms as "we can transfer this best practice," but is surprised by the labour involved in cleaning toilets and interacting with zoo customers.

There's a contrived crisis when Tracogna's disguise begins to disintegrate in the humidity. There's another when he is challenged by measuring food for the animals by the gram. There's a bit of precious irony when he's told to keep "humble and quiet" around the gorillas.

In the conclusion, when all is revealed, there are hugs and tears. Nobody gets a raise. Nobody talks about the fact that under Toronto Mayor Rob Ford's regime, the Toronto Zoo is a political football being kicked around.

The flimsiness of the artifice at work in this reality series is all too apparent. In the two episodes available for review, the employees encountered are all saints. Nobody is truly disgruntled, angry or even slacking. You couldn't meet sweeter people.

Later episodes delve into the inner workings of Second Cup, Pizza Pizza, 1-800-Got-Junk? and FedEx Canada. What might be of particular interest in Toronto, though, is episode four, which features Karen Stintz, politician and chair of the Toronto Transit Commission, going undercover to see what it's like working for the TTC. This is a truly bizarre bit of theatre.

Stintz's family story is emphasized first, of course. She tears up and declares, "I love my family!" That's nice. But what's unnerving is the blunt acknowledgment by Stintz that she's going undercover to figure out what kind of cuts can or cannot be made in Toronto's transit system. Then she drives to work at the TTC. Yes, drives. Doesn't take TTC, but drives!

One thing leads to another and Stintz gets a pretty superficial view of working life on the front line of the TTC. It's unclear what she thinks can be cut. But she does magnanimously hand out a sponsored holiday, a makeover or tickets to a show.

Like the Toronto Zoo episode, this one outrageously declines to put the situation in any authentic political context. It barely recognizes that Stintz is a politician and never puts the TTC's circumstance inside the political arena, which it surely is.

Call me skeptical, but not everything can be solved with a hug, a gift certificate for a makeover or tickets to a show. The very idea that difficult workplace problems can be solved in this manner is an insult to the viewer's intelligence. All reality shows are, to some extent, bogus, but Undercover Boss Canada is utterly phony in style and method.

The River: A nice family story runs through it
February 7, 2012 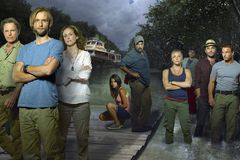 Weekend TV: The Super Bowl, plus a few alternatives
February 4, 2012 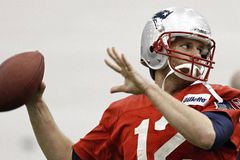 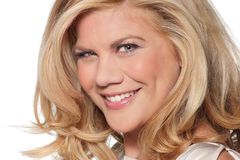 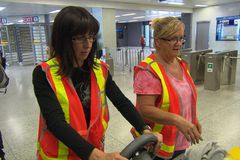