During a visit last Friday with a frail Morley Safer, Tom Brokaw exchanged memories with him about fellow journalists Ben Bradlee, Don Hewitt and others who had died.

"All the great ones are gone," Safer said quietly to Brokaw, the veteran NBC newsman recalled. "I said, 'No, Morley, you're still with us."' On Thursday, Safer's death at age 84 swelled the loss. The "60 Minutes" mainstay represented a bridge between the glory ink-stained-wretch days of foreign correspondents – Ernest Hemingway was an early inspiration – and the blooming electronic age of TV news.

Safer spun artful stories about the good life but was equally adroit reporting on social injustices or exposing a military atrocity in Vietnam that played an early role in changing Americans' view of the war.

In declining health, he died at his home in Manhattan. He announced his retirement last week and "60 Minutes" aired a tribute hour on Sunday, which he watched from his home, CBS News spokesman Kevin Tedesco said.

That program marked the close of a 61-year career for Safer, who, the network said, had the longest-ever run on prime-time network television.

During his 46 years on "60 Minutes," Safer did 919 stories, from his first in 1970 about U.S. Sky Marshals to his last this March, a profile of Danish architect Bjarke Ingels.

It was in 1970 that Safer joined "60 Minutes," then just two years old and far from the national institution it would become under creator-producer Hewitt. Safer claimed the co-host chair alongside a talk-show-host-turned-newsman named Mike Wallace.

During the next four decades, Safer's rich tobacco-and-whiskey-cured voice delivered stories that ranged from art, music and popular culture, to "gotcha" investigations, to one of his favourite pieces, which, in 1983, resulted in the release from prison of Lenell Geter, the engineer wrongly convicted of a holdup at a fast food restaurant and serving a life sentence.

Safer is survived by his wife, the former Jane Fearer, and his daughter Sarah.

Born in Toronto in 1931, Safer began his news career in Canada and England before being hired by Reuters wire service in its London bureau. Then, in 1955, he was offered a correspondent's job in the Canadian Broadcasting Company's London bureau, where he worked nine years before CBS News hired him for its London bureau.

That August, "The CBS Evening News with Walter Cronkite" aired a report by Safer that rocked viewers, who, at that point, remained mostly supportive of the U.S. war effort in Vietnam.

What he encountered, and captured on film, was the spectacle of American soldiers employing their Zippo lighters to burn thatched-roof, mud-plastered huts to the ground, despite having met with no resistance from the village's residents.

Safer rotated in and out of Vietnam three times, then, in 1967, began three years as London bureau chief.

In 1970, he was brought to New York to succeed original co-host Harry Reasoner on an innovative newsmagazine that, in its third season, was still struggling in the ratings, and would rely on Safer and Wallace as its only co-anchors for the next five years.

He quickly became a fixture at "60 Minutes" – and part of that show's rough-and-tumble behind-the-scenes culture as the stature and ratings of the show took off.

"Mind if I smoke?" Safer asked an Associated Press reporter a few years ago as he closed his office door at "60 Minutes" while flouting health laws, inasmuch as his cigarette by then was halfway done. It felt appropriately old school, given Safer's link to the days when legends – as well as smoke – filled those hallways.

"60 Minutes" carries on, but now the legends are gone. 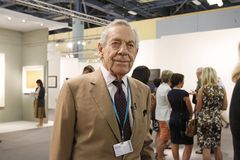