Meet Hannah and Mackenzie, two women standing at the intersection of legacy media and new tech, making 'Internet odysseys,' like their new Web series Whatever, Linda, alongside TV and films. In the coming months, they’ll take Globe readers on a journey about what it's like to be 'upcoming' in a business that won't stop changing. 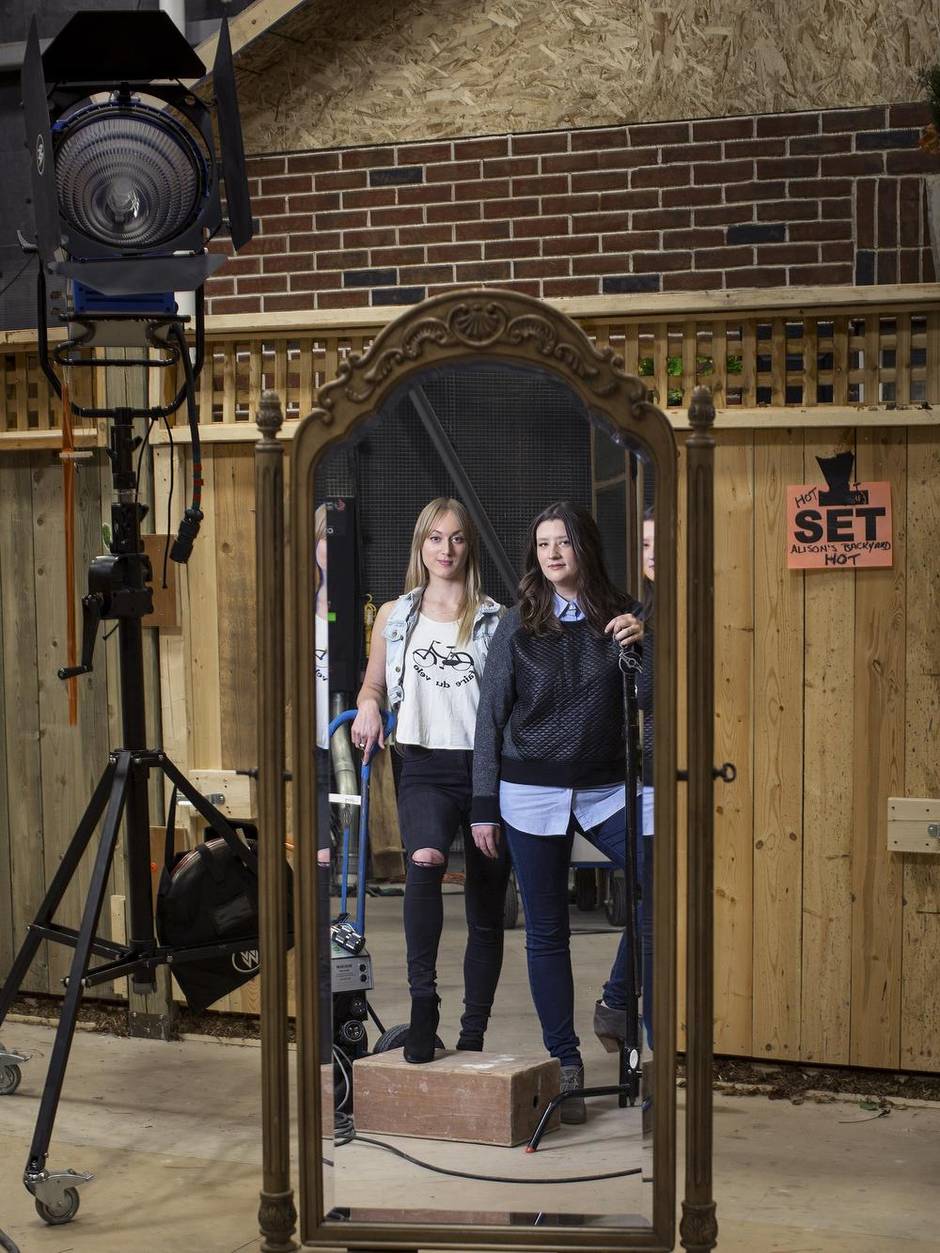 Hannah Cheesman, left, and Mackenzie Donaldson on the set of Orphan Black in Toronto. (John Hryniuk for The Globe and Mail)

What if Bernie Madoff’s Ponzi scheme that bilked investors of $65-billion (U.S.) over 40 years hadn’t been his idea – but originated with one of his secretaries?

Whatever, Linda – a dark but deliciously funny Canadian 10-part scripted series now previewing its first chapter at globeandmail.com – explores just such a scenario. It’s a 1970s-set, female-centric twist on the serialized stories about mendacious men who break bad that have dominated cable television in recent years.

The first season of the show will be available online in its entirety in six-minute chapters later this year, but Hannah Cheesman, co-creator of the series and its titular lead Linda; and Mackenzie Donaldson, co-executive producer of the project, would prefer if you not call it a “Web series.”

“We prefer to call it an Internet odyssey,” says Donaldson, over an early Sunday brunch at a restaurant on Toronto’s Ossington strip.

“‘Web series’ can leave a bad taste in your mouth,” adds Cheesman. “There’s a joke around: If you’re a struggling actor, you say, ‘Oh, I’m working on my Web series.’ ”

Whatever you call Whatever, Linda, which also stars Superbad’s Martha MacIsaac and Stratford star Cara Ricketts as Linda’s co-conspirators, it may eventually be best known as the project where Cheesman, 30, and Donaldson, 26, became collaborators.

The two decided to join forces to form their own production company, Aberrant Pictures, after clicking creatively on the series.

As their Internet odyssey fully launches and goes viral (or doesn’t), Cheesman and Donaldson, who also works on the hit Space show Orphan Black, will share their struggles and successes as young, female producers in the ever-shifting film/tv/digital landscape in regular columns for The Globe and Mail.

“Right now, it’s the Wild West and people are figuring out what’s working and what’s not,” says Cheesman.

How did the founders of Aberrant Pictures, which had its first official short, Cheese, screen at Cannes this past summer and has several features in development, find one another? 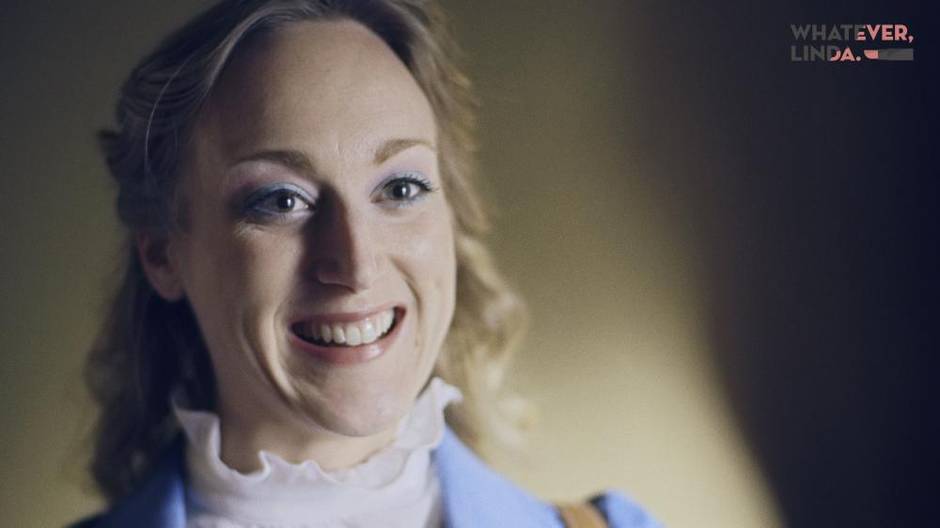 Cheesman’s career as an actor/writer/producer nearly ended with /lawyer. Raised in Mississauga, she bounced around in her postsecondary education – leaving Latin American studies at the University of Toronto to go to the National Theatre School, then returning to complete that degree afterward. Frustrated by her lack of agency as an actor, Cheesman began to explore a more hyphenated creative career with commercial director Kathi Prosser, but applied to, and was accepted by, Osgoode Hall law school before meeting Donaldson on Whatever, Linda.

Donaldson, on the other hand, has been involved in the business since before she was born. Daughter of actors Sheila McCarthy and the late Peter Donaldson, she went to the Toronto International Film Festival and Cannes in her pregnant mother’s belly during the promotion of Patricia Rozema’s 1987 film I’ve Heard the Mermaids Singing, in which McCarthy starred. (McCarthy has a small role in Whatever, Linda.)

Although Donaldson flirted with acting, she came out of McGill in 2010 with her eyes fixed on becoming a producer, working in various positions at Oscars Abrams Zimel & Associates talent agency before landing a job as assistant to John Fawcett and Graeme Manson, creators of a then in-development series about a group of clones, which would star Tatiana Maslany.

Taking that job on then-unknown Orphan Black required Donaldson to cancel a planned trip to Scotland with her boyfriend, but the aspiring producer only hesitated for a second. “Those first two years on Orphan Black, it was like getting a master’s degree in how to make television,” says Donaldson, who has been promoted to associate producer for the show’s third season. 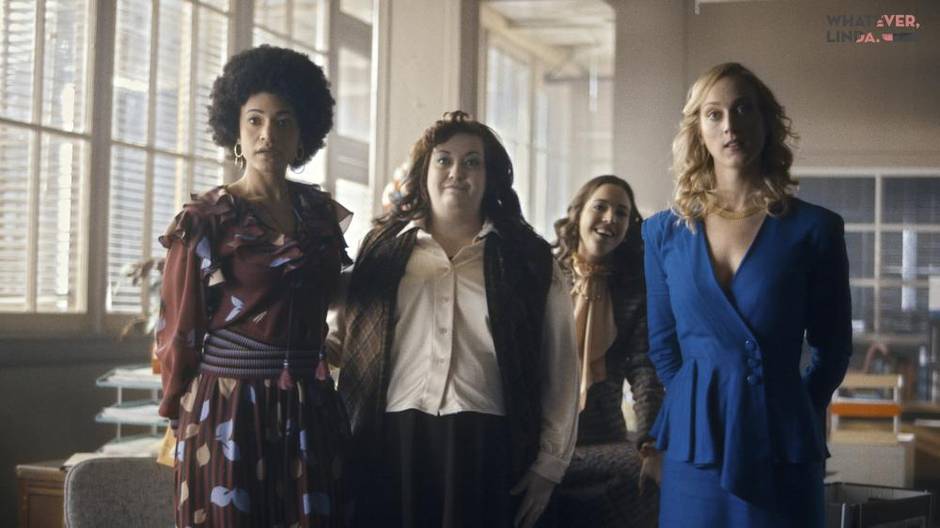 Whatever, Linda is the brainchild of Cheesman and actor/writer/producer Julian DeZotti, and is directed by Matt Eastman. Donaldson, a friend of DeZotti, was brought on while the team was applying to the Independent Production Fund (IPF) of the Bell Fund with the help of Toronto-based, Emmy-winning digital interactive agency Secret Location in 2013.

Although Cheesman and Donaldson immediately had creative chemistry, each was nervous about asking the other to work together on other projects. “I was waxing poetic about Mackenzie to someone, and they said maybe you should keep working with her,” says Cheeseman. “It was like asking somebody out on a date.”

Adds Donaldson, “We both wanted it; we were too nervous to ask.” 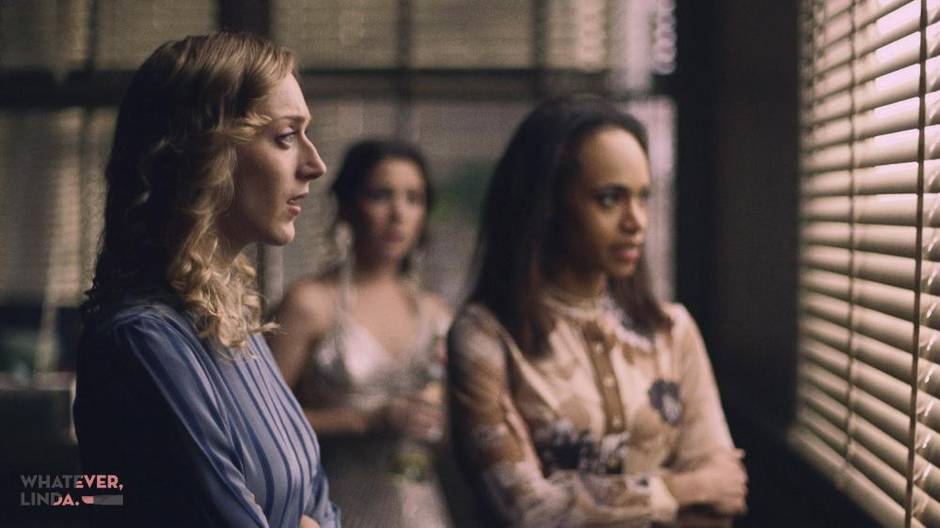 The IPF – from which Whatever, Linda received the maximum of $150,000 – is a financing source that has made Canada a hotbed of independent Web series in recent years. Cheesman and Donaldson recommend Bill & Sons Towing (starring the Imponderables comedy troupe and Nicholas Campbell), Space Janitors (a sci-fi parody) and Just Passing Through (which The Globe’s John Doyle has called “more original and funnier than most Canadian network comedies of the last decade”).

Another inspiration is Ruby Skye PI, a show about a teen detective that was picked up by CBC for its third season, as well as U.S. online outings such as The Outs and Broad City.

Whatever, Linda’s budget of $300,000 (the rest came from a grant from the Ontario Media Development Corp.) was enough to pay the actors and crew assembled by executive producers at Touchpoint Films – who, like Secret Location, are executive producers on the series. But no one gets rich off a Web series – and there’s no clear return on investment in sight. 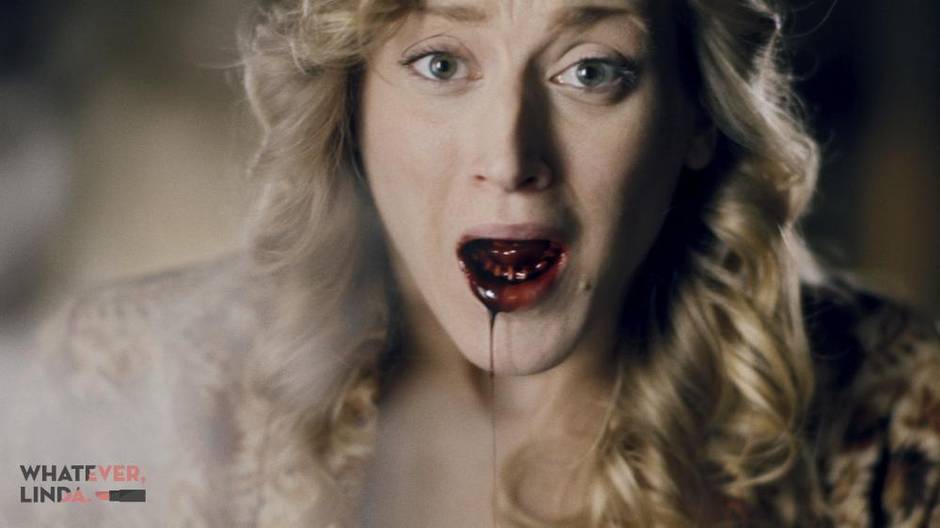 So why spend two years of time and creative energy on an Internet odyssey? Says Cheesman: “This project is two things: It’s its own independent thing, but it’s also a proof of concept for …”

As it happens, something bigger is already in the offing: Whatever, Linda was supposed to launch on YouTube and its own website on Nov. 17, but on Thursday, Cheesman e-mailed to say the launch was off as “we are in talks with a larger body to distribute and push the project onto a much larger platform.”

What larger platform? The CBC? Netflix? Amazon Prime? Cheesman could not say, and can’t before a final meeting with the potential distributor on Nov. 24 – a non-disclosure agreement has been signed. “Oh this tangled (world wide) web!” she said in her e-mail. 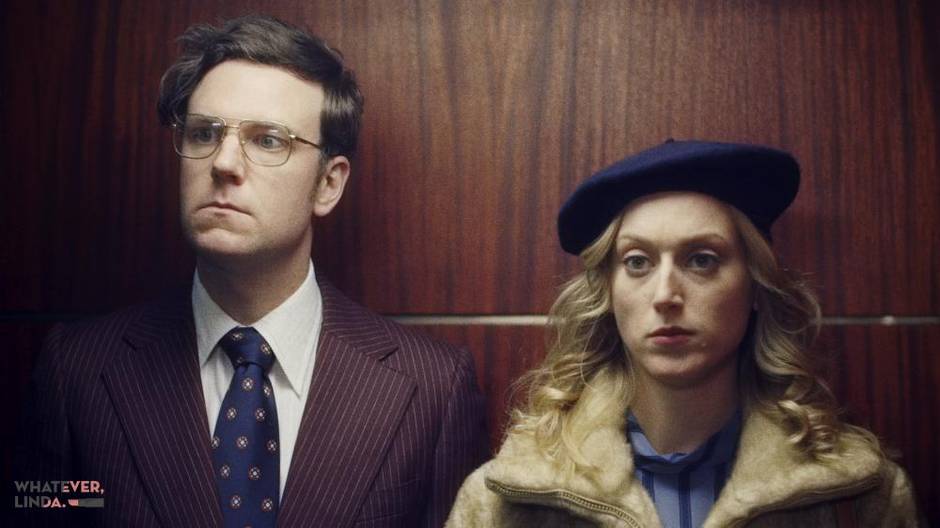 Whatever, Linda has already been shown at six festivals devoted to digital content and is a calling card for new projects for Cheesman and Donaldson, and thus for Aberrant Pictures. The series has earned the pair an upcoming pitch meeting (over Skype, naturally) with WIGS, the female-centric YouTube channel that features original content starring actresses like Julia Stiles.

In their series for The Globe, Cheesman and Mackenzie will deliver updates on their projects, explain how they balance them with day jobs on Orphan Black, and talk more broadly about what it’s like to be young women in a changing-content film/TV/digital industry.

“At the ground level of the industry, I would say [women] are becoming more common, and a lot of heads of networks are women,” Cheesman notes. But she also points to statistics: Women comprise 35 per cent of members of the Directors Guild of Canada and 32 per cent of the Writers Guild of Canada; and about one-third of producers are women. “So, it’s not super-common. It’s still not common for women to feel like taking that space is expected.”