It's been a bewildering couple of weeks in the TV racket. Let's try to summarize. First, what's hot.

The Big Bang Theory. It returned last week on a new night, Monday. (CBS is parking it there because it now has NFL football on Thursday for a few weeks.) And it's as hot as ever. In the U.S., it trounced The Voice on NBC, Dancing with the Stars on ABC and even beat Gotham on Fox. In Canada, as CTV has Gotham, it aired Big Bang at 7 p.m. and still reached excellent numbers. As often happens, viewers will ignore the hyped new shows and settle for a familiar ensemble comedy.

Shonda Rhimes. She has three consecutive shows on ABC on Thursday nights now. Grey's Anatomy at 8 p.m., Scandal at 9 p.m. and How to Get Away with Murder at 10 p.m. The trifecta came close to matching CBS's number for NFL football. It looks like Rhimes's stew of powerful women, bizarre plot twists, sex and, importantly, diverse casts, works magic.

The Honourable Woman. If you're not watching this on CBC, you should be. Maggie Gyllenhaal is superb as the rich woman whose charitable foundation is trying to help the Middle East peace process but is entangled in a murky world of spies and assassins. This is a series that gets better, more taut and thrilling as it evolves over its eight episodes.

Scorpion. This Monday night CBS show (on CITY-TV in Canada) seems to have little to recommend it, but it has started strongly. A bunch of nerdy computer wizards are engaged in implausible action, speak in jargon, and there's a feel-good ending. What's odd is it's based on a true story that is far, far more interesting than the silliness on the show.

The Blacklist. NBC's loopy spy-action drama roared back for a second season and nailed it again. James Spader as the imperious Red Remington is gloriously good. The convoluted plot swerves all over the world, but the Red character holds it together. Now we have Mary-Louise Parker as his in-danger ex-wife and we've had the great Krysten Ritter (from Don't Trust the B in Apartment 23 and Breaking Bad) as another crazy person on it. No wonder Netflix is paying $2-million (U.S.) an episode to get this show.

Question Period. Seriously, the daily Question Period in the House of Commons is getting to be shockingly weird and dramatic TV. Hostile questions, non-answers and a tearful apology from the guy who gave the non-answers. It's more emotion-packed than most Canadian TV dramas. It's like Heartland-in-the-House.

Toronto mayoral debates. It doesn't matter who shows up, there's bound to be a fuss and some insults thrown around. Municipal politics – all human life is there, the good, the bad and the ugly.

Sun News. What's sad is that for all the fuss over Ezra Levant's schoolboy antics in attacking young Justin Trudeau, and Trudeau's response, nobody's watching the darn thing. Unconfirmed reports suggests that after Levant's much-discussed attack, viewing numbers for Levant's show The Source went up from 4,000 to 5,000. Let's put that in context. The print edition of The Globe and Mail, old-school media, has Monday to Friday readership of 900,000. Saturday, well over one million. Our website has 4.2 million unique visits a month. Ezra Levant is talking to 5,000 people. That's not hot.

Package Deal. The second season of the Canadian sitcom, airing on City stations, is drawing very, very low viewing numbers. The premiere episode got a mere 89,000 viewers on a recent Friday night. Again, note that more people are reading this newspaper.

Let's stop there. These are early days in the TV season.

Makers: Women in Comedy (PBS, 9 p.m.) is the first of six films that "rewrite women into history." This one, narrated by Leslie Mann, covers the evolution of women in comedy – TV and stand-up. Everything from Norman Lear's Maude to The Sarah Silverman Program is covered. And the late Joan Rivers is in it, saying, "Female comedy? What are you talking about? Funny is funny." Others disagree, covering such things as the female-centric Bridesmaids movie and Netflix's Orange is the New Black. A message from it for women – take nothing for granted. Success in comedy was hard-fought, not easily gained. 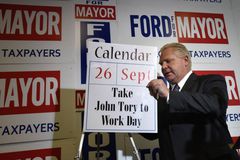 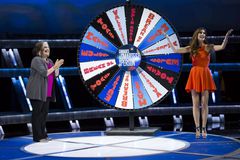 John Doyle: How to get away with great silliness, and murder
September 25, 2014 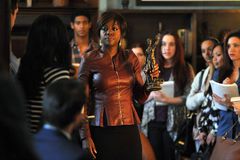 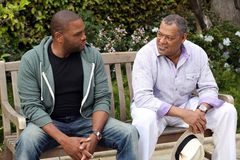 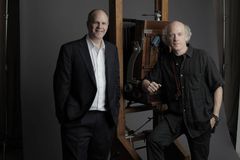