For reasons that are not exactly clear, and probably best explained by a trained anthropologist, the weekend TV menu seems dominated by the Royal Family and county music.

Perhaps it has something to do with the assumptions that a) the members of the Royal Family are god-like figures to be celebrated and honoured at Christmastime, and b) country music reveals some sort of authentic Christmas experience. It's all very odd on a weekend that offers little that is new.

Diana, Her True Story: The Book That Changed Everything (on The Passionate Eye, Sunday, CBC NN, 10 p.m.) is all about the fuss created 20 years ago by Andrew Morton's Diana: Her True Story. According to the CBC hyperbole about the doc, it is "one of the most important books of the 20th century." One imagines that the ghosts of James Joyce, George Orwell and Scott Fitzgerald are not amused.

We are told the story of the research and writing that Morton did, and the role that Diana herself played, which was only revealed much later. As Morton says of her co-operation, it was "an extraordinary act of faith on her part and an extraordinary act of desperation." We get to relive the sensation caused by the book and the manner in which it poked around with impertinence in the doings and attitudes of the Royal Family. It is suggested that the book completely recalibrated how they are viewed.

Mostly it's all about the skulduggery that surrounded the book's publication. At first, Morton was accused of simply creating an elaborate hoax. But he maintains his life was threatened, and he had armed guards to protect him; his office was burgled and material was stolen. It is somewhat bizarre now to be reminded that some stores refused to stock the book, and a small army of journalists attacked Morton for writing it. Morton is a bit full of himself, of course. At one point he says, "It's a bit like someone who's been over the top in the trenches. I felt exactly that kind of feeling, that I was going to be shot to pieces." Quite so. Just like war.

The doc is also a chance to revisit the Diana story – what is referred to as, "her mental state, eating disorders, the breakdown of her marriage and her attempted suicides." Some people never tire of that.

Also on Sunday, you can find Secrets of the Royal Nursery (Lifetime, 9 p.m.), which is all about Kate Middleton's pregnancy. It promises "a look at St. Mary's Lindo Wing, the hospital where William's mother, Princess Diana, gave birth," and, "a history of royal babies." It sounds like very poor taste, doesn't it? In keeping with the theme, the program is followed by a repeat of William & Kate (Lifetime, 10 p.m.), the terrible TV movie about Prince William (Nico Evers-Swindell) meeting and wooing Kate Middleton (Camilla Luddington) at university.

On the country-music side of things, there's CMA Country Christmas (Saturday, ABC, 9 p.m.), which has Christmas songs and tales of Christmas at home from Dierks Bentley, Lady Antebellum, Martina McBride, Scotty McCreery, the Band Perry and Keith Urban. Jennifer Nettles of the band Sugarland is the host. Also on Saturday, there is a repeat of Canadian Country Music Association: Home for the Holidays (CBC, 8 p.m.) featuring Paul Brandt, Gord Bamford, Terri Clark, Jimmy Rankin and Johnny Reid. Country music and Christmas – anthropologists, please explain it all.

Hunted (Saturday, HBO Canada, 8 p.m.) offers viewers a marathon showing this weekend, starting with Episode 1 on Saturday and continuing Sunday. Made for the HBO-owned Cinemax channel, the show didn't get tons of attention when it started this past fall. Created by X-Files writer/producer Frank Spotnitz, it's a moody, often complex espionage thriller about Sam Miller (Melissa George), an assassin who works for various private clients, mainly in the cutthroat corporate world. When we meet Sam, she's just survived an attempt on her life and is going into hiding. This allows a multi-layered plot to explain how she got to this point. There is plenty of action, gunplay and tension, but while George goes at it with gusto, there's a lack of any real depth of characterization. Still, the series looks gorgeous, it's far from being dull or dumb, and it's engaging, if you've got the time and patience for the elaborate plotting. 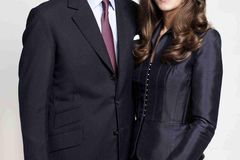 A great horse story for the holidays, and true
December 15, 2012 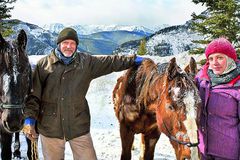 An answer to the CBC’s prayers: the Ikea monkey fella
December 11, 2012 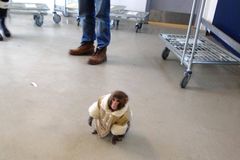