You – yes, you, the ones who think you're so clever, classy and creative – have recently spent a good deal of time and money copying American reality shows. Canada's Got Talent. Big Brother Canada. The Amazing Race Canada. Undercover Boss Canada. The Bachelor Canada. Enough, already.

By the way – The Bachelor Canada is being renewed, after considerable thought from the Rogers/CITY people. Not that it will be produced again this year. Oh no, dude. It will return in 2014. Because it will take that long to find another manly man to match the abundant charms and innate grace of the infamous Brad (Brad) Smith. And, having already used the tactic of dragging red, raw meat through the hills and valleys of certain areas to attract potential bachelorettes from their lairs (or so the rumour goes), a new and more cunning ruse to induce such alleged ladies will be needed.

Fear not, a new ruse will be conjured up. These particular Canadian TV racket people are, after all, the very people who are so wily they recently decided to stop calling CITY-TV by its name, "CITY-TV," and just left the channels named "City," dropping the "TV" part. Just in case anyone got the impression they were watching TV or something. Good money was spent on that move.

But I digress. Herewith, a proposal for an original Canadian reality-TV show – Stroller Wars: Toronto.

Here in the centre of the universe, the public has been galvanized (a painful affliction, given the weather) by a public complaint at a Toronto Transit Commission meeting about the number of baby strollers being allowed on buses. Makes it difficult for other passengers, was the gist. The commission and certain public officials took the complaint to heart.

This being Toronna, civil war has broken out. Via social media, itsy-bitsy TV reports and online comments. You have not seen piety and self-righteousness until you've witnessed this civil war. (Well, in fairness, you've seen piety and self-righteousness if you've watched Sun News, but the channel's main aim is to get you to pay for watching the channel, even if you wouldn't dream of watching.) A vast army of stroller owners have risen to their own defence. TTC officials are on the defensive.

Now, it is a fact that the issue is real. Like anyone who lives downtown I'm often gobsmacked by the sight of a bourgeois mom dragging a stroller the size of a Nissan Pathfinder onto a bus, streetcar or the subway. And it is, as they say, a "bourgy" thing. The ostentation of the giant stroller is the hallmark of the well-off, middle-class mother.

Just think of the richness of a TV show based on the antics of the stroller owners and those who loathe them. It's class war; it's generational war. And think of the live-event spinoff that's possible – Monster Stroller Derby at the Rogers Centre. (Which used to be called the SkyDome and possibly by the time you read this will be called "The Rogers.") I can see so many possibilities. Queen West moms versus Beaches moms. The winner might be decided by challenging finalists from downtown to take the subway to Finch and manoeuvre the giant stroller onto the Finch West 36 bus for a trip to Jane and Finch.

A cool idea would be to have the stroller owner made to alight from the Finch bus because the Mayor needed it to pick up his high-school football team. But I will leave the strange plot-twist details to the professionals.

Oh, the rest of Canada would love it. And then would come, inevitably, Stroller Wars: Vancouver and Stroller Wars: Halifax. (Stroller owner pushes stroller up Spring Garden Road, fails to get the thing on the bus at the stop near South Park Street and nips into the Lord Nelson for a stiff gin and tonic.) Listen, it beats Big Brother Canada, The Amazing Race Canada, Undercover Boss Canada and The Bachelor Canada.

People of the Canadian TV racket, get on it. You're welcome.

Why Men Cheat (CBC, 9 p.m. on Doc Zone) is not necessarily what stroller moms need to be interested in. It doesn't explain much. In fact it is a lightweight, lurid doc that amounts to a catalogue of indiscretions by what are called "high-status males." That means a regurgitation of the antics of every dude from Henry VIII to Tiger Woods and Silvio Berlusconi. There are many, many scenes of scantily clad women and much footage of dancers in strip clubs. Some so-called experts appear and talk about powerful men feeling the urge to prove their power by having sex with many women. We're told that "men's roles are in a massive state of flux," but that idea is not built upon. The silliness is summarized by one pundit who says, "Male sexual response is what it is." 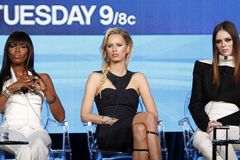 The new reality, TV: time to think outside the idiot box
December 5, 2012 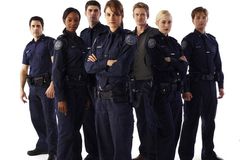 American Idol now: Feuding judges, catty divas – but what about the singers?
January 13, 2013