If Earl Camembert was still reporting, this would be his top news item.

The Second City, one of the most well-regarded comedy brands in North America, is currently developing a sketch comedy show for television that the company hopes will recreate the magic of SCTV, the show that gave us Camembert, a bumbling news anchor played by Eugene Levy.

That earlier show, CanCon TV at its greatest , ran from 1976 to 1984. It helped launch the careers of a long list of comedy legends, including Levy, John Candy, Andrea Martin, Martin Short, Catherine O'Hara and Bob and Doug McKenzie, also known as Rick Moranis and Dave Thomas.

Andrew Alexander, The Second City's CEO and co-owner, says the company is "using the same process that we used to develop SCTV, where we got eight of our top Second City people in a room with a director to workshop kind of an ensemble show."

Whatever form the show takes, it has the backing of former SCTV cast members. "Andrew Alexander sent us all an e-mail kind of looking for our blessing," says Catherine O'Hara. "I for one am fine with it."

Martin Short, a former SCTV performer who went on to join the cast of Saturday Night Live, has also given the project a nod. "I just hope from a critical standpoint that people are patient with it. There is that tendency to say, 'Well, it's not as good as SCTV,' and then click out," he says. "The reality is, SCTV had, like Seinfeld, a period of time in obscurity to develop some muscles."

The new show may be an SCTV reboot, although "it could be completely something else," Alexander says. "I'm inclined to think it would be something else."

Bob Martin, the Canadian actor, comedian and Second City alum who's perhaps best known as the star and co-creator of the Broadway play The Drowsy Chaperone, is heading the project as creative producer.

In recent months Martin has met with "dozens" of Second City comedians from Toronto and Chicago (performers from the company's L.A. location were asked to send audition tapes) . Casting decisions will likely be finalized by the end of the year, with plans to film a pilot by early next year.

The new show's premise is still being decided, although Martin says it is highly unlikely we'll be seeing a return to Melonville, the fictional home of the original SCTV. Whatever the show's concept turns out to be, it will be "organic" to the personalities involved and the times we are living in, Martin said.

The essential first step is to find the right performers, he added.

"We all believe that the key to this working is having a really charismatic cast. The original SCTV was all about that," Martin says.

Alexander says he has been thinking about developing a television property for the past several years. With the depth of talent at Second City, the time seemed right, he says, and the new show shares with its predecessor the goal of retaining and nurturing that talent rather than see it poached by other shows, particularly NBC's SNL.

"If you're wondering where our Canadian alumni over the last 15 years are, all you need to do is look at any Canadian comedy that's on television and pull back the rug and see who's writing it," says Klaus Schuller, executive director and producer of The Second City in Toronto. "Frankly, we'd like to capitalize on some of that talent with our own television [show]."

Much like the original SCTV, Alexander expects the cast of the new show will be come in roughly equal numbers from Chicago and Toronto.

"We're really excited about having this marriage of American and Canadian performers," Martin says. "It may not have been possible a few years ago, but now there's a lot of crossover between the two main theatres."

The producers aren't saying what casting decisions, if any, they have made so far.

"I will say this: There is some really amazing talent out there in both the Toronto and Chicago sketch-comedy communities," Schuller says. Performers from Vancouver, Montreal and Halifax have also auditioned, he says.

Will it be television like you've never seen it before? Better to wait and see before you throw your set off the balcony. 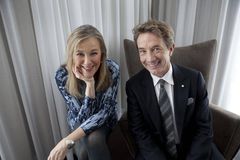 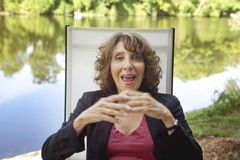