If a performance is staged in the mountains – say, jazz great Esperanza Spalding sings to a tiny basement crowd, or Christopher Plummer performs Shakespeare in Word and Music – does anybody hear it?

A steady stream of big thinkers and artistic superstars flow through the Banff Centre in the Rocky Mountains. And while the artists' retreat and conference centre is well known to Canadian artists, it's hardly a household name.

President Jeff Melanson wants to change that and he has a billion-dollar plan to bring the Centre's riches down from the mountain.

"The notion that there's something that human beings are doing here that's absolutely extraordinary on the world stage is certainly not on the radar," says Melanson. "And we will be."

"The Banff Centre [had] probably one of the biggest reputations in the world 20 years ago. And it somehow slipped from the world view," says Gail Lord with Lord Cultural Resources, which has been working with the Banff Centre on its strategic plan. "Its aspirations [are] what the world needs, and there aren't a lot of competitors."

A MAGNET FOR TALENT

The Banff Centre was founded in 1933 as a theatre school. While it now encompasses leadership, business, math, science and indigenous issues, arts programs remain the core of the Centre. It hosts more than 4,000 artists annually; this year alone Joseph Boyden worked here on The Orenda, Measha Brueggergosman recorded tracks for her upcoming album, and spoken-word superstar Shane Koyczan wrote and recorded material. To gather all of the art dreamed up, created, perfected and performed here over the years would produce an astonishing multidisciplinary library.

A few months after Melanson took the top job at the Centre last year (leaving his position at the National Ballet School in Toronto) he made it clear in an interview with The Globe and Mail that he had big plans for the place; he was not there as a caretaker, but as a disruptor. True to his word, programs have been revamped and key executives replaced.

This summer, he laid out those ideas in a bold strategic plan. To get it all done, Melanson will need a lot more funding. And while he can certainly work a room like a big city pro, if he wants to make this happen, he is going to have to move mountains.

BRINGING THE MOUNTAIN TO THE WORLD

Launching a bunch of radio stations may seem an old-school way to kickstart a forward-looking campaign, but Melanson saw an opportunity in two low-power stations that were becoming available. Soon to be run by the Banff Centre, the two stations – one English, one French – will focus on mountain-related issues and survival information; a new third station will broadcast Banff Centre talks and performances. Melanson's team imagines campers tuning in under the stars, becoming intrigued and later paying a visit. The fourth "station" – an online streaming service that can be heard around the world – will combine mountain and arts programming.

In addition, a TED-like website where viewers can watch talks and performances on demand is being launched next spring; the Banff Centre Press will relaunch with a focus on contemporary art, literature and culture; and there may be a TV channel in the works.

Overseeing much of the new direction is Carolyn Warren, the Centre's new vice-president of arts programming. She was hired away from the CBC where she worked for 23 years. She, in turn, has hired talent from CBC to help run what she calls the dissemination network.

"Dissemination … is where I come from. It's where I spent my life at the CBC," says Warren. She was at the Banff Centre a year ago, heard Melanson talk about the strategy, and was captivated. "It struck me that the new direction the Banff Centre was taking was unlike anything that any other cultural institution was doing."

Despite all this CBC-trained talent and grand radio plans – which Melanson refers to as "a National Public Radio for Canada, basically" – he says he is not looking to take on the public broadcaster. "We see them as a collaborator. But we have something really unique to say on the world stage and we need to make sure a lot of people hear it. So if that sometimes means that we're competing or we're seen as competitors in some spaces, so be it."

THE MONEY TO SUPPORT THE VISION

Millions of tourists pass through Banff, but Melanson says almost none discover the Banff Centre, which is hidden away on the mountainside.

Looking to increase visibility, Melanson wants to build a Mountain Science & Culture Pavilion, a 1,000-seat theatre plus a 300-seat theatre, a smaller club-like space and a visual- and digital-arts gallery downtown in a largely vacant block.

"What it would do is take all of our presenting activity and make it really, really accessible to the public. It's a game-changing project because suddenly we have something of real architectural heft in Banff," says Melanson, who references Davos, Switzerland – tiny home to the annual World Economic Forum – several times as he explains his plan.

Pulling it off would carry an enormous price tag: an estimated $900-million to build the downtown arts centre and, down the road, make changes to the mountain campus, including a new art incubation space, broadcast media centre, music and sound building, and an Indigenous People's Pavilion. This is in addition to $100-million for the planned Peter Lougheed Leadership Institute. (It's also on top of Phase One of the Centre's renewal, which predates Melanson's arrival: the new amphitheatre and Kinnear Centre, and other renovations – costing $140-million.)

The Banff Centre, with an annual operating budget of just less than $60-million, will be seeking hundreds of millions of capital dollars from Ottawa (which currently provides only $1.9-million in annual operating funding), the province (the Centre's chief funder) and the private sector over the next few years.

"That's a significant, significant amount of money to ask for," says Imre Szeman, Canada Research Chair in Cultural Studies at the University of Alberta, who stages events at the Banff Centre. "I'm impressed by the ambition."

"It needs to be phased, but it's doable," says Lord of the building plans, which would be based on fundraising.

The price tag is not unheard of. Consider Toronto's so-called cultural renaissance – with new or renovated facilities for the Art Gallery of Ontario, Royal Ontario Museum, National Ballet School, Royal Conservatory of Music, Canadian Opera Company and Gardiner Museum – totalling about $970-million. In Edmonton, meanwhile, the new arena project is budgeted at just more than $600-million.

In Banff, Melanson has held preliminary talks with the mayor and other locals. "We've got about as close to unanimous support to this as you can imagine," he says.

There has been opposition to other changes Melanson has implemented – in particular the loss of key executives (most recently Kelly Robinson, the artistic director of theatre arts) – as well as shifts in programming, such as a stronger focus on popular music in addition to classical.

Szeman supports the centre's new media plans, but worries about what the new buildings might do to the town's dynamic, and how the dissemination plan might affect a residency. "It may drain away some of what is fantastic about the Banff Centre," he says. A young visual artist, for example, might feel pressure if he has to "kind of perform for his supper."

Melanson, however, is convinced this is a good plan, and at the end of month, he will receive a spiritual boost, too. Several First Nations elders will gather at the Centre for an all-night ceremony to bless the campus, the land, and whatever happens here next. "Apparently, it's never been done before and it's a huge honour for us," says Melanson.

For a guy who came from Toronto to shake things up on the mountain, he's got to like what they're calling the ceremony: The Big Smoke.

Editor's Note: An earlier photo caption misidentified the location of the Banff Centre. This version has been corrected.

Classical music at the Banff Centre: It’s a religion, with its own doctrine
May 11, 2018 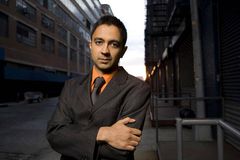 Ontario folk singer Basia Bulat steps out of her comfort zone
May 11, 2018 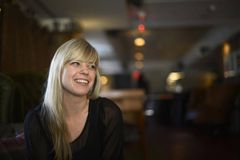 Classical music’s future at Banff Centre not in danger, president says
May 9, 2018 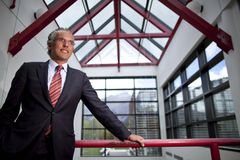