Like the legendary King Canute, who wisely resisted his courtiers' advice to command the tides, the Supreme Court of Canada bowed to the inevitable this week by exempting the Internet from legal restrictions that have often been used to repress speech in traditional media.

In ruling that online writers can post hyperlinks to defamatory content without themselves becoming liable for defamation, the court nodded its approval to a flood that already seems beyond legal control.

The decision comes in the midst of a number of online events suggesting just that. In the Seattle area last week, a waitress destroyed the reputation of the wrong person when she inspired an Internet "flame war" against someone she mistakenly thought had failed to tip her. More seriously, Palestinian diplomat Linda Sobeh Ali was forced to leave her post in Ottawa after retweeting a link to a video, which she hadn't watched, but which reportedly called for war "to destroy the Jews."

Libels float so freely on Twitter that they have become their own species of communication: "twibels."

"Defamation on the Internet may still be recognizable in content, but in form it is something without identity, boundaries, sources and ownership," says author Charles Foran, president of PEN Canada, one of many media and free-speech groups granted intervenor status in the Supreme Court's hyperlinks case.

By "scrambling all traditional identifiers" of the messages it contains, the Internet is "laying waste to a variety of boundaries, with privacy being perhaps the most obvious victim," according to Foran. "Formally legislated limits on free speech aren't likely to withstand its pressures any better."

In rejecting a claim that had been brought against blogger Jon Newton, who had posted a hyperlink to a discussion that former Green Party executive Wayne Crookes alleged to be defamatory, the court appeared to make a strong show of support for Internet freedom. But as Madam Justice Rosalie Abella acknowledged, writing for the majority, doing the opposite – ruling to repress hyperlinks – would have all but shut down the Internet in Canada.

Traditional defamation law holds anyone who repeats or republishes defamatory information liable for damages. But extending that rule to include hyperlinks would attack the Internet's core purpose, according to Abella. "The potential 'chill' in how the Internet functions could be devastating, since primary article authors would unlikely want to risk liability for linking to another article over whose changeable content they have no control," she wrote, adding that strictly applying the old rule "would be like trying to fit a square archaic peg into the hexagonal hole of modernity."

"This decision is a landmark for Canadian Internet law, in my opinion," said Michael Pilling of Thunder Bay, host of the site where the allegedly defamatory material appeared – and still a defendant in a related action. "Hyperlinking is such a pervasive thing. It's in blog posts; it's in the stories of newspapers; it's in tweets; it's in Facebook. It's the one common denominator of all of the social media. If hyperlinks became vectors of infection for libel suits, the chilling effects would be enormous."

If nothing else, mere practicality demanded the court bow to current Internet practice. "If everybody who hyperlinked to a defamatory site also committed defamation, the courts would be jammed with libel suits," Ryerson University journalism professor Paul Knox said. "From a practical point of view, their ruling is a no-brainer."

Although few observers expect the ruling to have much effect on current practices both online and among more established media, many see it as the latest evidence of the court's determination to protect freedom of expression from undue legal attack in Canada. "This is a Supreme Court that has demonstrated it takes freedom of expression very seriously," Knox said, "and thinks that restrictions on freedom of expression should only be created or interpreted very sparingly."

Recent court decisions have broadened the definition of "fair comment" in Canadian law, bolstered the protection of confidential sources used by journalists, and introduced a "responsible communication" defence in defamation cases, which mitigates the law when people can prove they did their best to discover the truth of a potentially actionable matter.

"We've really had the court now pronouncing in a very pro-freedom-of-expression way," Toronto lawyer and defamation specialist Peter Jacobsen said, noting, however, that the court which made those decisions will soon be reconstituted after the loss of two members.

Collectively, the recent decisions have brought Canadian practice closer to the U.S. model – where defamation lawsuits are much harder to prosecute – thus potentially removing the "chill" that is often said to repress investigative journalism in Canada. Few observers expect it will lead to any more irresponsible behaviour than the Internet already encourages.

"The decision in itself will not make for "a more freewheeling media," according to University of Carleton University professor Christopher Dornan. "Originators of content are still bound by existing laws of libel and slander, not to say hate speech and the rest," he said in an e-mail. "But imagine the icy chill if the ruling had been the reverse. That would have made for a very different media environment, and one at odds with other imperatives of a free society."

In one important qualification to its decision, the court said that hyperlinkers can be held liable if they suggest approval of the defamatory content they link to.

"Is the Internet susceptible to mischievous behaviour?" asked Vancouver lawyer Robert Anderson, who represented several intervenors representing the media and free-speech groups in the hyperlinks case. "Absolutely. Is this judgment going to allow that to happen. No, I don't think so."

Although he agrees that the latest ruling appears to be part of a trend toward relaxing restrictions on free expression in Canada, Anderson suggested the Supreme Court's decision is less a statement of grand principle than it is a bow to reality. "I won't say this is a one-off, because it's not," he said. "But in some measure, this case was driven perhaps more by the realities of the Internet and of social media than necessarily an enlarging of the importance of freedom of expression."

Either way, the ruling is a victory for the Internet that its Canadian friends will gladly accept. 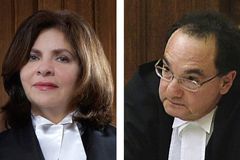 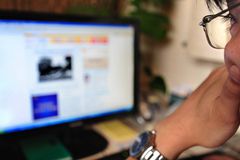