Museums are usually considered purveyors of the past, but in Alex Benay's eyes, they might be better off as tech pioneers.

"I'm not a traditionalist," said Benay, president and CEO of the Canada Science and Technology Museums Corporation. "The concept here is using things like virtual reality, open data, anything that gets the story out … whether it's raw or filtered, [it] means engagement."

The first test of Benay's approach is a virtual-reality (VR) simulation of the 1936 CN 6400 steam locomotive. Acquired by the Canada Science and Technology Museum in 1967, the train is a popular attraction at the museum.

Visitors to the museum, currently closed for renovations, will step into a six-foot-long by six-foot-high box, throw on an Oculus Rift headset and begin "operating" the train in 4-D, complete with surround sound, air cannons shooting steam into their face while the floor quakes beneath their feet. One of the first to try it was Minister of Canadian Heritage Mélanie Joly on April 20 in Ottawa, where she tested a beta version. The museum is scheduled to reopen to the public in 2017 for the Canada 150 celebration.

SimWave, an Ottawa-based tech company, developed the VR scenario. It's also developing a Vimy Ridge virtual-reality experience for the Canadian War Museum, set to be released in 2017 to coincide with the 100th anniversary of the battle.

"You can go and look at the train, but if you get to live the experience … that's a better emotional home run for a visitor," Benay said, adding that anyone with their own VR headset can drive the train from home, too. "[The] visitor can be anywhere in the country, or the world," he said.

"Attendance as a measure of success is outdated," Benay continued.

This thinking, however, is not necessarily shared by everyone in the museum community.

"Everything we do … is to bring people into the museum," said Mark Keating, chief information officer at the Royal Ontario Museum. Tech, he adds, is supplemental to a museum's focus on education, and bringing people into the physical space of a museum is essential.

"We're really conscious of making sure we don't change the traditional museum experience," he said. "Less gamification, more educational, that's where we want to go."

The ROM does feature augmented reality tech at their Tyrannosaurus rex exhibit, which superimposes a digital dinosaur over ancient fossils. The user is then prompted to take a picture, and share the photo via e-mail.

While there's no firm plan to incorporate virtual reality at the ROM, there's still enthusiasm for what the tech can do.

"What makes VR exciting," said Cheryl Fraser, manager of ROM's online properties, "is that we are a provincial museum, and it gives us an opportunity to do some outreach and reach some of these communities that don't have access to our galleries."

Costis Dallas, director of Museum Studies at the University of Toronto, does think technology has the ability to enhance museums but also shares concerns over potential pitfalls.

"The dystopian scenario would be one in which museums … become shallower," he said. "Some people, very rightfully, describe museums as places … that can be [an] oasis from this world where we are bombarded with information." It's an experience that tech creep might threaten, he said.

Benay, however, says these concerns aren't shared by the next generation.

Benay uses Ace Academy: Black Flight – a video game developed for the Canada Aviation and Space Museum – as an example. In Black Flight, players assume the roles of First World War fighter pilots using their mobile devices to fly and fight in historical dogfights. The app has been downloaded 56,790 times in 172 countries, and cost the museum a little over $100,000, Benay says.

Compared with the multimillion dollar exhibits, he believes that apps and virtual reality scenarios can be developed relatively inexpensively.

Benay says tech is not just a supplement to museums, but a big part of their future: "We haven't found anybody else that's thinking this way right now [about VR exhibits]. Which means we're either completely out to left field, or we're on to something. I like to think we're on to something." 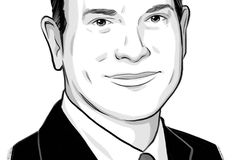 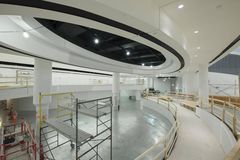