The National Ballet of Canada has always worn the choreography of the late John Cranko like hand to glove. The revival of the master's 1967 masterpiece Onegin earned the company an instantaneous standing ovation as the ballet proved once again that it is a jewel in the National's crown.

The story ballet is based on a famous poem by Russian writer Alexander Pushkin. Naive country girl Tatiana (Xiao Nan Yu in Wednesday's performance) writes a passionate love letter to the sophisticated Eugene Onegin (McGee Maddox), who rejects her affections out of hand.

At Tatiana's name-day celebrations, the irritated Onegin flirts with her sister Olga (Jillian Vanstone), which causes Olga's fiancé Lensky (Evan McKie) to challenge him to a duel. Onegin kills Lensky.

Many years later, Onegin sees a sophisticated Tatiana, now married to Prince Gremin (Patrick Lavoie), at a ball. He then writes her a passionate love letter, and it is Tatiana's turn to reject Onegin, despite the fact that she still has feelings for him.

Cranko's choreographic brilliance is his ability to translate Pushkin's characters and storyline into movement. He has given the lead dancers meaty roles they can sink their teeth into, while providing attractive ensemble pieces for the corps de ballet. Onegin is awash in both beauty and poignancy.

The ballet is anchored in key pas de deux, and it is the portrayal of these relationships that provide the emotional heart of the ballet.

Tatiana's first meeting with Onegin, when Lensky brings him as a visitor to her home, establishes her infatuation and his indifference. Tatiana's fevered imaginings in her bedroom as she writes the letter conjures up a young girl's romantic dream duet with Onegin. The final passionate pas de deux shows both Tatiana's love for Onegin and her denial of him. The other two important duets denote Tatiana's tender regard for her husband Gremin, and Olga and Lensky's warm and loving relationship.

The company was right on the mark in their performances.

Yu, as ever, is brilliant as Tatiana. Her every moment is believable as she makes the journey from a shy and retiring country girl to big-city sophisticate. Yu's anguish in the finale is palpable.

Maddox having been given opening night once again points to him as a principal dancer in the making. His performance as Onegin is assured and polished, and he highlights every dramatic moment with aplomb.

Vanstone is adorable as the perky Olga, charming with Lensky, and flirtatious with Onegin. Her angst in the duel scene is a compete turnaround of her personality, which Vanstone conveys in convincing fashion.

Guest artist McKie is a Canadian-born member of the Stuttgart Ballet, where Cranko was once artistic director. Dancing Cranko is in his blood. His Lensky displays a clean technique and an easy stage presence, while rendering his character's heartfelt sincerity.

Lavoie is a seasoned Gremin, and his maturity radiates throughout his performance. His prince is stately and elegant. And Alejandra Perez-Gomez and Lorna Geddes both perform their respective cameo roles as mother and nurse with grace.

Cranko did not use Tchaikovsky's music from his opera Eugene Onegin. Instead, Kurt-Heinz Stolze pulled together a clever Tchaikovsky score from the composer's lesser-known works. Guest conductor David LaMarche from American Ballet Theatre did stellar work in the pit as he and the orchestra filled the theatre with glorious sound.

On the negative side, James F. Ingalls's lighting is still too dark in the dramatic scenes, and while I am warming up to Santo Loquasto's 2010 redesign of the sets, his costumes remain bland and dull.

Onegin continues at Toronto's Four Seasons Centre through the afternoon of March 23.

For dancer Evan McKie, ballet is all about story – and passion
March 18, 2014 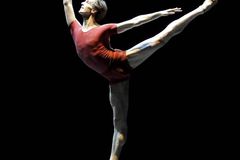 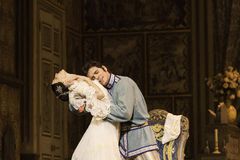 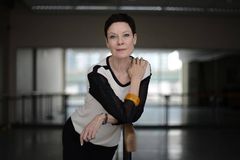