Listen, there’s no doubt about it: The American high-school theatre production of Alien: The Play that went viral this past weekend looks cool.

If you haven’t seen the pictures on Twitter or Facebook or in the pages of The New York Times yet, a drama club at North Bergen High School in New Jersey recreated Ridley Scott’s 1979 sci-fi thriller on stage.

The teachers and students worked hard to bring airlocks and spacesuits and the hammer-headed alien of the title to their auditorium on a tiny budget – and came up with clever ways to stage, for instance, the “facehugger scene” with a puppet and a techie hidden under a table.

Celebrities such as Adam Savage from MythBusters and actor Elijah Wood tweeted about the show on the weekend, helping the show and its DIY design spread online.

At a certain point, however, the mainstream media got involved and ruined the fun by hyping up this high-school show beyond all reason.

This is the worst kind of contemporary arts coverage: Just because something is shared widely online doesn’t mean it is necessarily news.

It’s embarrassing to watch dozens of media companies compete for clicks by writing up the most breathless headlines to accompany a viral video. New York Magazine’s Vulture blog probably wins in this case, with: “The New Jersey high school that staged Alien: The play should be in charge of the next sequel.”

Where my real frustration with Alien: The Play sets in, however, is when I read outlets such as The Verge writing that “the entire production looks to be an amazing display of creativity” and “a huge step above your usual high school production.”

That’s obviously penned by someone who has never spent time in a high-school gym watching a teacher trying to get a few dozen students, many of whom are going through puberty and have new voices and bodies they’re still getting used to, to sing in harmony and dance in step in a musical. (Shout out to Ms. Blond.)

Nor could someone write that line who has observed a teacher patiently help teens grapple with iambic pentameter and unusual English words until they understand and fall in love with Shakespeare by bringing one of his characters to life. (Thank you, Mr. Floen for that.)

I’ll tell you what’s not challenging: Getting a bunch of teens to act out their favourite scenes from action or sci-fi movies. They’ll do that on their own without prompting in any improv class, in hallways between classes and in living rooms after school.

And, I’m sorry, but directly adapting a screenplay into a play without permission isn’t an “amazing display of creativity;” it’s a copyright violation.

If Alien: The Play were a student-driven project, you’d certainly point this out in a gentle way. But according to The Times, it is the “brainchild” of English teacher Perfecto Cuervo and art teacher Steven Defendini.

Articles have also noted that Cuervo, a lifelong fan of the film, spent a month and a half working on the script and shot and edited the trailer that’s been widely circulated as well.

Anyone who runs an extracurricular program deserves praise. But teachers should be educating students on why copyright infringement is theft, not encouraging it. And drama programs should be about encouraging student creativity, not using students to fulfill a teacher’s pet project.

It’s the high-school teachers who are putting on real plays and musicals that deserve to be celebrated, those who expose students to works by Tennessee Williams or Jeanine Tesori, Djanet Sears or Daniel MacIvor, not just what they can easily find on Netflix.

And those Canadian teachers currently encouraging students to write and direct their own plays at their schools or for the National Theatre School Festival (formerly the Sears Drama Festival)? They’re the real drama heroes who deserve to go viral on the week of World Theatre Day. 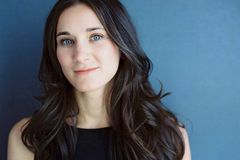 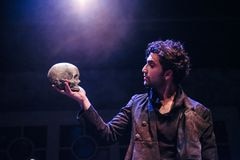 Exclusive
What Brendan Healy has planned for Canadian Stage for 2019-20
Subscriber content
March 19, 2019 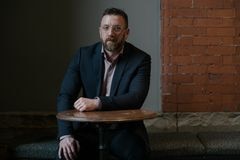