Bricks-and-mortar and the performing arts – the two have long had an uneasy relationship in Canada.

Theatre troupes, dance companies and orchestras generally need buildings to perform in, but their real estate has often ended up getting in the way of the art that they create.

While new performing-arts centres can generate huge excitement and major donations, too often after the ribbons have been cut, the not-for-profit organizations that live in them end up house-poor. This country is full of big theatres that lack the funding to fill them with big visions.

Has that started to change? A look at two of Canada’s major performing-arts organizations – the Stratford Festival and the National Arts Centre (NAC) – right now gives a good snapshot of the continuing complexity of the issue.

The former is close to completing a $100-million fundraising campaign that is brilliantly designed to both pay for the construction of a gorgeous new Hariri Pontarini Architects-designed Tom Patterson Theatre and support the activities that will take place in it.

The latter recently finished a $225-million “architectural renewal” that beautifully reoriented and opened up its iconic home across from the Parliament Buildings in Ottawa – and yet, is entering a new season under a cloud of controversy because of a hole in its operating budget it has no permanent way to fill.

Let’s start with the Stratford’s Spirit of the Tent Campaign – one that performing-arts groups of all sizes should be studying.

Before launching the Ontario repertory theatre company’s first capital campaign since 1997 (when a mere $15-million was raised for theatre renovations), Stratford executive director Anita Gaffney did her own research into how the not-for-profit sector has grown more sophisticated in in recent years. She spent time, for instance, at Great Britain’s National Theatre, learning how it structured its successful £80-million ($129.7-million) NT Future campaign.

In Canada, there is no shortage of examples of theatre companies that have opened new buildings only to find their staff and budgets stretched by its new demands.

Gaffney wanted to avoid those problems with the Tom Patterson – which won’t just replace the old 600-seat theatre of that name, but will also house the festival’s ancillary Forum events, educational activities and new cabaret and concert programming. “It’s quite a big building and it’s going to require new employment: Gardeners, front-of-house-staff, production personnel,” she says.

If $100-million seems like a lot of money for a building, it is: The construction costs are, in fact, only about $70-million, while the remaining $30-million being raised is set to go into Stratford’s endowment fund. (That’s a significant injection: The endowment currently sits at about $80-million.)

Stratford draws approximately 4 per cent of the funds from its endowment for operations each fiscal year, meaning the legacy of a completed Spirit of the Tent campaign will be about $1.2-million more per annum to pay for things such as landscaping or new play development in the new theatre.

With the Tom Patterson on schedule for a 2020 opening, Stratford is already 90 per cent of its way to achieving that fundraising goal – with $20-million having come from each of the federal and provincial governments.

While the new physical building was the impetus for the campaign, and naming opportunities have been leveraged for private donations, Stratford’s messaging has been about the “spirit,” not just the body – and Gaffney says many donors have been just as excited to open their wallets to endow ephemeral activities. “It’s been great to hear the stories about what has inspired people,” she says. “Donors see that we have to operate our theatres.”

Do public funders see this as clearly? This brings us to the NAC.

The situation there is a complicated one – as it often is at this unusual institution, funded directly by Parliament since its creation as a centennial project.

Back in April, it was in the news that, for the second year in a row, the NAC did not receive a requested increase in operating funds from the Department of Canadian Heritage. It sought an extra $3.5-million to help fund a new Indigenous theatre department that will complement its long-standing English and French theatres. (The NAC also has a dance department and an orchestra.)

The Indigenous theatre’s inaugural artistic director, Kevin Loring, did not mince words, questioning whether the Liberal government’s “heart” was really in reconciliation – and suggesting a message had been sent that “that Indigenous artists in this country are not a priority for Canadian Heritage.”

Canadian Heritage, however, defended its record of investment in the arts and the reconciliation process in general – and in the NAC specifically. A spokesperson said that the government had in fact recently “invested $225-million to support the renewal of the National Arts Centre.”

And here’s where the old story of bricks-versus-arts returns. That money was entirely for the “renewal” of the NAC’s physical building, not the renewal of its artistic mandate.

It’s also worth noting that $225-million was, in fact, an investment by two successive governments of very different political stripes.

In 2014, the NAC received $110.5-million for architectural renovations with Stephen Harper’s Conservatives in power. Then, two years later in 2016, it received an additional $114.9-million for improvements to its performance spaces from Justin Trudeau’s Liberals.

Indeed, it’s essentially been 15 years since the NAC received a raise from parliament. While the $35-million it does get annually may be generous public funding by Canadian standards, if that amount had merely kept up with inflation, it would now be $45-million.

A succession of federal governments – Liberal and Conservative majorities and minorities – have decided not to increase support of the NAC, however. Instead, they’ve decided to renovate its home.

But here’s where the picture gets more complicated. Christopher Deacon, the NAC’s new president and chief executive officer, says the investments in the building have had a trickle-down effect to programming – as naming opportunities have been used to entice private donations.

“We were able to leverage the funding from the government, even though it was strictly bricks-and-mortar, to raise $25-million towards the National Creation Fund,” he says.

The architectural changes have also allowed the NAC to develop new revenue streams: It can accommodate a larger volume of of catering events, and corporate clients are now more inclined to rent out its meeting rooms.

That revenue and the remaining naming opportunities will help pay for the NAC’s expanded activities amid a continuing freeze in its federal funding.

Indeed, the Ottawa-based institution is as committed to its new Indigenous Theatre department as it is to the older ones, and is reallocating resources internally, Deacon emphasizes.

The budget issue is a challenge for the organization as a whole, Deacon says – a fact that may have been lost in the furor that erupted in April. “On reflection, I would have handled the communications differently if I had to replay the whole thing from the last six months," says the NAC’s CEO, who did not speak to the press at the time.

The tension between the NAC as a physical building and as an artistic idea has been there since it was created, with many Canadians who don’t live near Ottawa wondering exactly what is so “national” about it.

In the past decade, however, the NAC had started to shake that off – through initiatives such as the National Creation Fund and increased touring.

Indeed, Loring’s original vision for the Indigenous theatre was heavily decentralized and involve activities across Canada, too.

But, ironically, that the part of his program he’s had to axe in the wake of a funding deficiency that the federal government has justified by pointing to money invested in the NAC’s physical building in Ottawa.

So while, in Stratford, bricks and art are finding new synergy, in Ottawa, they seem back in competition with each other again. 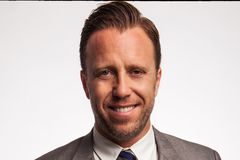 A brand-new theatre, Colm Feore and Spamalot: How the Stratford Festival reboots in 2020
Subscriber content
August 13, 2019 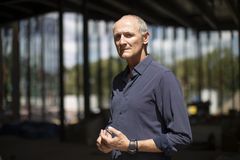 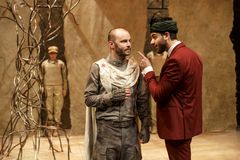