Although Carol Burnett came of professional age in the Mad Men era, some of best career moves were based on not listening to the advice of men. In 1959, the bony, extroverted entertainer accepted an offer for a six-week run on an off-Broadway production of Once Upon a Mattress for $80 a week. Her manager tried to persuade her to take a Las Vegas gig for $1,500 a week. Burnett, 26 at the time, said no to her handler and hit the Mattress, which eventually transferred to Broadway and resulted in a Tony-nominated experience for the upstart actress.

While in New York, Burnett landed a regular role on the a CBS variety program The Gary Moore Show. A few years after Burnett left that show, she wanted to exercise a clause in her network contract which would give her her own weekly variety show. One of the CBS vice-presidents tried to talk her out of it. Burnett, on the phone from Los Angeles, recalls the conversation.

“He told me, ‘You know, Carol, comedy variety isn’t a gal’s game. It’s a man’s game. You should do a situation comedy.' Well, I didn’t take the advice. And they had to put us on the air. They didn’t want to.”

The sitcom CBS was pushing Burnett toward was something called Here’s Agnes, which never happened. Instead, The Carol Burnett Show, which premiered in 1967, became one of the most successful and beloved variety shows in network television history. Lasting until 1978 and featuring the outrageous comedic antics of Tim Conway, Harvey Korman, Vicki Lawrence and the elastic-faced namesake star, The Carol Burnett Show was ranked No. 17 on TV Guide’s list of the 60 Greatest Shows of All Time, in 2013.

“I didn’t take it as an insult at the time, but I would now,” Burnett says, referring to the vintage mansplaining. “I mean, to say that it’s not for you gals? I thought, ‘Yeah, well, variety comedy is what I know. This is what I learned on The Gary Moore Show. I don’t want to be the same character every week.’ "

Burnett, 86, is a star attraction at this year’s JFL42 comedy festival in Toronto, Sept. 19 to 29. The incident about her own history reminds Burnett of a story about a network producer who once told Bob Newhart to stop stammering so much. Newhart, a small-stutter virtuoso, told him that his stammering had paid for his house in Beverly Hills, Calif. “Can you imagine that,” Burnett says. “The guy was trying to tell Bob Newhart how to be funny.”

Newhart and Burnett are among the five comedy legends to be honoured by the Paley Center for Media in Beverly Hills on Nov. 21. Also earning standing ovations that night will be Carl Reiner, Lily Tomlin and, fresh off a Creative Arts Emmy Award at age 97, Norman Lear.

Burnett is the versatile winner of the Mark Twain Prize and a Presidential Medal of Freedom recipient. Whether by receiving a lifetime achievement award or by simply showing up on stage in Toronto for what is being billed as an Evening of Laughter and Reflection, Burnett will receive applause. Some comedians prefer genuine laughter to respectful hand-clapping, but Burnett isn’t the choosy kind. “I like it all,” she says. “I’m a clown, so I’ll take a belly laugh. But they can clap and be happy to see me. It’s a challenge for me, because I want to earn that.” 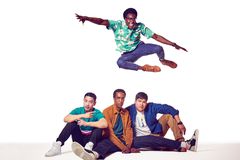 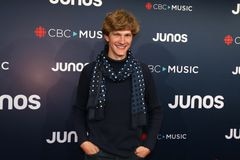 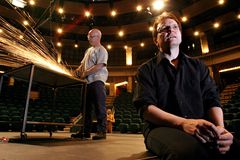