Underneath Toronto’s Gardiner Expressway, two clusters of dancers face each other across a distance of 100-odd metres. Gradually, like two armies in a slow-motion approach, they move together. Kneeling on a long patch of gravel, the dancers bend backward, as though drawn into reverie by the monolithic concrete above them. They begin to propel their bodies across the ground, creating an organic chaos that suggests a foil to the orderliness of traffic overhead.

Choreographer Noémie Lafrance likes to put bodies where they aren’t supposed to go. The Quebec-born artist established a reputation in New York a decade ago for her jaw-dropping and subversive site-specific work. Derelict, unconventional and inhospitable spaces are among her preferred venues. She’s staged performances in a Lower East Side parking garage, at an abandoned community swimming pool in Brooklyn, and on the majestically curved roof of the Frank Gehry building at Bard College in the Hudson Valley.

A new public space under Toronto’s downtown highway has lured Lafrance to Ontario for her latest project. Running alongside the Fort York National Historic Site, The Bentway is a sort of pathway/event corridor that will eventually extend for 1.75 kilometres. Lafrance’s 60-person Dérives, which will be presented on June 7 and 8, is the largest-scale performance the space has hosted yet but, interestingly, it isn’t the first time she has worked under the Gardiner. Lafrance is the choreographer behind singer/songwriter Feist’s most inventive music videos, including Century, a quasi-dance-off under the same highway, and the hit 1234, an invigorating ensemble video that picked up a Grammy nomination.

Dérives explores themes that have been central to much of Lafrance’s site-specific work. She’s fascinated by the ways that people engage with the architecture of their cities, and how this engagement is circumscribed by social conventions and political constraints. Since her work often involves getting access to abandoned buildings and sites, and making them safe for large audiences, bureaucratic wrangling is typically a large part of the process. For LaFrance, these obstacles are part of her work’s message. “There are a lot of restrictions around use of space and around how to behave in public spaces that I feel are making those spaces not actually public,” she tells me.

Nureyev has its strengths, but this doc paints too safe a picture of the Soviet dancer

Sometimes, her performances can appear to place her dancers in precarious, even dangerous, situations. In her 2003 Melt, the cast of female dancers was coated in beeswax and strapped high up on a wall; when orange light was shone on their bodies, their flesh appeared to melt. Her 2002 Descent, for which she received a Bessie Award, was performed in the 12-storey staircase of the Clock Tower Building in Lower Manhattan. Dancers flung themselves over the banisters, holding their bodies in challenging suspensions. In Rapture, the 2009 work set on Bard College’s Frank Gehry building, her performers wore custom rigging so that they could twist and somersault on the vast undulating roof.

I ask Lafrance about her relationship with danger, and the ethics of placing her performers in potentially risky or hazardous positions. It’s not an issue that’s unique to her; the question of how much risk is reasonable for performers to incur is topical in present-day performance, particularly when the work isn’t staged inside union-regulated theatres. The Brooklyn-based Elizabeth Streb, for example, a choreographer who asks her dancers to perform gravity-defying feats, dealt with significant blowback when one of her dancers fell onto her back and broke a vertebra. Although LaFrance isn’t doing anything so extreme, her work still asks her dancers to turn a blind eye toward certain conventional precautions.

LaFrance says she thinks about these issues a lot and tells me that her interest in danger is primarily political. She draws on philosopher Michel Foucault’s writing on biopolitics, which explores how governments make paternalistic health and safety laws that impinge on individual freedom. “My work deals with exactly that … it questions how our society seeks to control our bodies under the guise of safety or with the argument that they protect us from danger,” she says. Often, she feels the protections are disingenuous. With Dérives, she wants to explore whose perspectives are considered in the makings of these rules, “and the segments of the population that remain unheard.”

Dérives will be presented June 7 and 8 at the Bentway in Toronto; thebentway.ca. 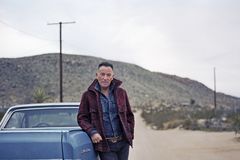 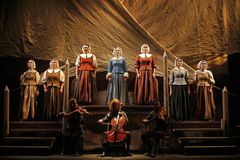