Franco Boni is still figuring Vancouver out. He arrived last spring from Toronto to take over leadership of the PuSh International Performing Arts Festival. PuSh, which features innovative works of theatre, dance and music, is a highlight of Vancouver’s cultural calendar and one of the few bright spots in what can be a very dark and rainy January on the west coast.

This is a year of transition for PuSh, and for Boni, a born-and-raised Torontonian who ran the Theatre Centre there from 2003 until this year. It’s still early to talk about Boni’s vision for PuSh – he’s getting to know the city and the festival – but Boni says there are two questions guiding him at the moment.

“One of them is about the climate emergency and what artists are making in response,” he says during a recent interview at PuSh’s offices. “The second is the threat that I think the world is facing with the failure of democracies. And those go hand in hand.”

PuSh has never shied away from heavy topics; you could argue the contemporary political landscape has been key in both generating the work that defines this festival and in providing a context in which the work should be consumed. And it all speaks to a lofty ambition: art that can change the world.

This year, there are shows exploring the devastating effects of international conflicts and the beauty – and challenges – of immigration. Carmen Aguirre’s Anywhere But Here, which has its world premiere at the festival, is set in 1979 along the U.S.-Mexico border and features raps created with Shad Kabango (formerly of the CBC’s Q). Hannah Moscovitch’s Old Stock: A Refugee Love Story tells the story of Jews coming to Canada in the early 20th century to escape pogroms in Romania. Tania El Khoury’s Gardens Speak is an immersive sound installation that illuminates the tragic situation in contemporary Syria.

Climate change will be a big one for PuSh moving forward, and has loomed large in Boni’s own career. In 2014, he mounted a festival at the Theatre Centre called Climate Is Culture, and he helped develop and directed Alanna Mitchell’s Sea Sick, an environmental-themed work.

This year’s PuSh Assembly, the pitch session where artists propose potential projects to presenters, will be dominated by environmental projects. “I would say about 80 to 90 per cent of them are all artists making work on the climate emergency,” Boni says. This was intentional; the callout for applications explicitly asked for work informed by the climate crisis, whether directly or indirectly.

“For me, the conversation about climate and how culture and artists play a part in that conversation has been a big part of what I want to use my influence on as an artistic director, whatever influence that means,” Boni says. “I don’t think it’s a lot, but it’s something. We all have to do something.”

During the festival, a new work by David Suzuki and his partner Tara Cullis will undergo two weeks of development and then a workshop presentation. What You Won’t Do For Love will ask whether we can love the planet the way we love our partners, family and friends. The work is to then have a run at next year’s PuSh Festival.

Boni points out that there are a lot of works by Canadian and particularly local artists this year. Look for new works from Wen Wei Dance and Turning Point Ensemble (Flying white), City Opera Vancouver (Berlin: The Last Cabaret) and Veda Hille (Little Volcano), among others.

Boni is also concerned with Vancouver’s housing situation and high cost of living, and what that means for artists. At the most basic level, he hopes to provide some security by employing artists, but also to set the scene for meaningful change.

“We all love having conversations about these issues, but the thing that artists do is make work and that gives us some hope. That’s why we need artists in cities,” he says.

“This is going to sound really cliché, but artists provide some hope. Art is the hope, right?”

More than hope, the art can help lead to solutions. By witnessing something together, audiences also go through something together, and then decide what to do with the information, Boni says. What happens after the performance, when people discuss what they’ve seen during the talkback, or in a bar or restaurant – is key. “That is really one of the most important things about seeing the work,” Boni says. “It’s the action afterwards.” 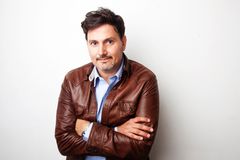 Norman Armour readies himself for one final PuSh
April 20, 2018 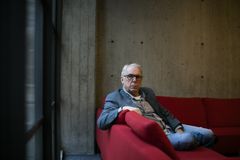 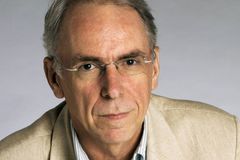