Fall is a busy time for dance in Canada – this year feels particularly lively with ambitious festivals in Toronto and Newfoundland and several artistic directors, in both the dance and theatre worlds, prioritizing the presentation of new choreography. My picks for great shows across the country:

I don’t think there’s a dance company in the country that I’m more excited about than Ballet BC. When I think about ballet’s future, I think of this small, progressive company led by the visionary Emily Molnar – a company whose unranked dancers explode the divide between classical and contemporary practices with originality and commitment. In March, the company took a mixed program to Britain and received a five-star review in The Observer for their “exhilarating” confidence at Sadler’s Wells in London. Their fall mixed program includes a new work by Medhi Walerski, whose minimalist Romeo and Juliet was presented by the company in February, a new work by Molnar and the Canadian premiere of William Forsythe’s 1989 Enemy in the Figure.

Matthew Jocelyn left Canadian Stage in June, but the former artistic director has left us with a streak of inspiring international and Canadian dance this fall. It begins with world-renowned dance artist Akram Khan’s last solo show Xenos, a work about colonial Indian soldiers in the First World War, with text by Canadian playwright Jordan Tannahill. Sandra Laronde is back at the Berkeley Street Theatre after her compelling and athletic ensemble work, Backbone, from 2017. Trace is inspired by Anishinaabe cosmology and explores Indigenous connections to ancestral beginnings. Finally, London-based internationally acclaimed choreographer Hofesh Shechter brings his Grand Finale to the Bluma Appel Theatre, an inimitable blend of dance, drama and music that’s been touted as wildly theatrical.

Artistic director Ilter Ibrahimof is marking his festival’s fourth year in Toronto with the addition of a second stage at Ryerson Theatre. Better yet, he’s quietly curated a program full of female choreographers for the new venue – Myriam Allard, Lucinda Childs, Alysa Pires – without hyping that as any kind of mandate. The program also includes an original commission by the young Canadian choreographer Emma Portner, whose career is soaring with a new work at the New York City Ballet in 2019, alongside the exquisite contemporary dancer Anne Plamondon.

Now in its 27th-year, this eclectic festival in St. John’s has an impressive array of artists and disciplines. The 2018 program includes work from the Vancouver-based Shay Kuebler, the Montreal-based Zab Maboungou of Compagnie Danse Nyata Nyata and Luca (Lazylegz) Patuelli, a differently-abled breakdancer who performs incredible feats on elbow crutches.

I’ve criticized the National Ballet for pouring resources into a brand-new adaptation of a 19th-century story that sees its heroine go crazy and die, surely classical ballet’s favourite plot line and among the key arguments for its obsolescence. Still, John Neumeier is a masterful choreographer and storyteller who creates transporting effects with ensemble, atmosphere and space. His Nijinsky is one of my favourite ballets in the company’s repertoire. Clips from his new adaptation of Tolstoy’s classic novel, which opened at the Hamburg Ballet in the summer of 2017, looks political and contemporary. This is a production certainly worth catching and judging for yourself whether it satisfies 21st-century attitudes about women and mental illness.

Review: Dr. Silver: A Celebration of Life is a radically immersive production
September 20, 2018 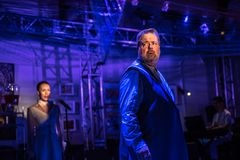 Robert Lepage’s controversial play Kanata to be staged in Paris this December
September 5, 2018 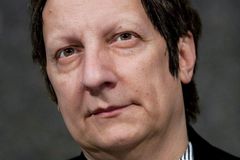 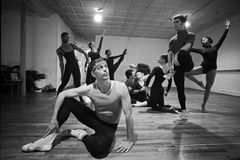