Graham Isador, whose new drama about online abuse and offline violence White Heat is about to premiere at Toronto’s SummerWorks Performance Festival, started thinking differently about the cruel and vitriolic remarks that writers receive on social media after neo-Nazis threatened to kill his colleagues.

Like many of his generation, Isador, a 30-year-old multitasker whose jobs include journalist, performer, playwright and theatre publicist, had become accustomed to sociopathic comments aimed at him on the internet.

Indeed, he had an unusual metric to tell whether one of the personal essays he wrote for Vice or other online outlets had truly succeeded.

“If I do a really good job, someone tells me to kill myself,” says Isador, matter-of-factly on a café patio on Queen Street West in Toronto. “Once [an article] reached a certain amount of people, there was always some sort of blowback … but it didn’t really bother me in a real way.”

Several events over the past two years made Isador rethink why he was so blasé about this type of abuse, however – and wonder where the line was between someone pushing buttons on Twitter and pulling triggers in the real world.

First, a far-right group showed up at the Vice offices in Montreal aiming to intimidate the writers there. Then, a writer friend who reports on hate groups was “doxxed” – that is, has had personal information such as his home address posted online – and was subjected to death threats and a disinformation campaign. Another editor acquaintance ended up on what Isador describes as a “kill list” on a neo-Nazi message board.

“It’s all a joke online, until it isn’t,” Isador says.

In White Heat, Isador explores the continuum between trolls who target writers on the internet – especially women and people of colour – and true-life terror, such as the mass shooting at The Capital newspaper in Maryland in 2018 that left five journalists dead.

His play concerns Alice (played by freshly minted Dora-winning actress Makambe Simamba), a young black, female journalist working for a Vice-like publication who becomes a target of a white-supremacist podcaster known as The Captain (Tim Walker) after writing an article about why Nazis should be punched in the face. (If you don’t spend much time online, you may not know that this is one of the pressing ethical debates of our age.)

As Alice begins to look into who this mysterious podcaster really is, however, she discovers information that alters her perception of him.

There’s been much written about the far-right radicalization of young, mostly white, men by algorithms and bad actors online – but Isador, deeply conversant in controversial figures such as podcaster Joe Rogan (whom he avidly listens to) and YouTuber PewDiePie, feels he may have a particular insight into how it happens.

As a “lonely punk rock kid” who spent “way too much time online” when he was younger, he says, “I could very easily see how I could have become one of those people.”

The message boards Isador frequented combined punk with progressive politics, but he can see how songs by hardcore bands he loved about unity and brotherhood were interpreted in more nefarious ways by other fans. “Hang around punk rock scenes and skinheads, you know, it’s not a fictionalized thing,” Isador says.

At recent editions of the SummerWorks Festival, Isador has developed a substantial following for solo storytelling shows such as Situational Anarchy, about growing up in the punk music scene in Southern Ontario, or You’ll Never Believe What Happens Next, about exploiting his personal life for clicks in the new media world.

But this time around, Isador wanted to produce a “play-play" at SummerWorks, in part because he wants to write something that could be more easily picked up by a mainstream theatre. “I’m shooting my shot,” he says.

Indeed, SummerWorks has, over the years, been the launching pad for playwrights such as Hannah Moscovitch, Erin Shields and Jordan Tannahill, as well as musicals such as Ride the Cyclone and Counting Sheep that later played in New York and London.

Isador has enlisted another rising indie theatre star on the verge of breaking into the mainstream, Cue6′s Jill Harper (whose production of Dry Land landed on this critic’s list of top 10 list of 2018 theatre), to direct and help shape the script from the beginning.

While some fret about free speech being curtailed by political correctness these days, Harper is more concerned about the widening of the “Overton window” – a term for what kind of ideas are permitted in the public discourse – that has allowed ideologies such as Nazism and white supremacy to somehow enter mainstream conversation online.

"Now, because of the internet, because of how YouTube set itself up to send you down rabbit holes and because of how Twitter and Instagram functions, people have found their way to some of these opinions and, as a result, all of a sudden it is kind of acceptable,” Harper says.

As for acceptability, where do White Heat’s creators stand on the fictional Alice’s assertion that Nazis should be punched in the face? “This is something I believe,” Isador says.

But Harper is on the fence: “Realistically, depending on where they are on the Nazi spectrum, if they can be changed, we should have a conversation.”

SummerWorks Festival runs from Aug. 8 to 18 at venues around Toronto. 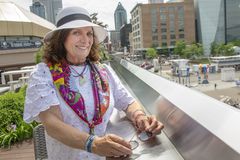 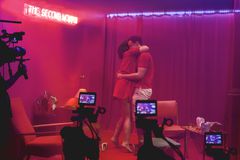 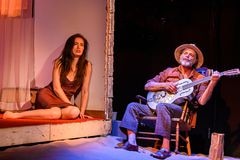 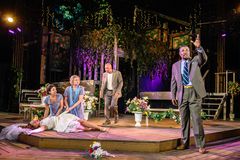