Soulpepper Theatre Company has enticed Dora Award-winning director Weyni Mengesha to come home to Toronto to be its next artistic director.

The not-for-profit theatre company is lucky to have her, given the recent sexual-harassment crisis that led to the need for new leadership. But so is Toronto, in general.

Mengesha, who has tackled classics and new plays for Mirvish Productions, the Stratford Festival and Soulpepper, is one of the country’s most successful stage directors and absolutely oozes leadership – and we were this close to losing her for good.

But now, Scarborough-raised Mengesha – whose deep love for and knowledge of Toronto and its diversity helped her usher two of the most popular new Canadian plays of this century, ‘da Kink in My Hair and Kim’s Convenience, to the stage – has the position of artistic power she deserves in this city and will be moving back with her family in January.

“I’ve had a lot of great experiences at Soulpepper … I want the company to thrive. I think it’s an important piece of our theatre ecology.”

In a press release, Vanessa Morgan – chair of Soulpepper’s board, chair of its search committee and lender of this boardroom and its chairs for the day – noted the “rigorous and extensive” process that led to Mengesha’s appointment. Working with Searchlight Canada, a gender-balanced search committee compiled an all-Canadian short list of nine candidates, including four women and three persons of colour, to be interviewed.

The process worked: Mengesha is both the obvious choice and an inspired one.

This reverse brain drain that brings her back to Canada, of course, comes under unusual circumstances. Last October, Soulpepper was thrown into behind-the-scenes turmoil when the company held a meeting to reveal that it had cut ties with long-time guest director and Soulpepper Academy instructor Laszlo Marton following an internal sexual-harassment investigation.

That set off a chain of events that led, in January, to four former ensemble members filing lawsuits against both the theatre company and founding artistic director Albert Schultz, accusing Schultz of being a “serial sexual predator.”

Schultz resigned shortly thereafter at the request of the board, vowing to defend himself “vigorously” against the allegations, while the company “severed” its relationship with executive director Leslie Lester, Schultz’s wife, shortly thereafter. The lawsuits were settled out of court in July.

While that recap doesn’t entirely do justice to all that happened at Soulpepper in the last year, as the new artistic director, Mengesha – who will work closely with the recently appointed new executive director imported from Britain, Emma Stenning – is uniquely placed to represent both continuity and change at a theatre that has radically shape-shifted a number of times since it was founded by a group of 12 Toronto artists wanting to put on lesser-known classics in 1998.

In addition to the runaway hit Kim’s Convenience at Soulpepper, Mengesha, who passed through the company’s now-under-review Academy, also directed Suzan-Lori Parks’s Civil War drama, Father Comes Home from the Wars (Parts I, II and III), a critical hit that won the company a Dora Award for best production in 2017.

At the same time, Mengesha – who directed a string of great shows at Tarragon Theatre and won her own directing Dora for her production of Nicolas Billon’s thriller Butcher for Why Not and Mirvish Productions – has maintained her independence from the company and its internal dramas. When Schultz wanted to appoint her as one of the company’s associate artistic directors in 2016, she declined because she was building a new life in Los Angeles.

After the lawsuits against Schultz were filed, however, Mengesha was among a group of artists affiliated with Soulpepper who released a statement saying that there “has been an unhealthy workplace culture [at the theatre company] for a long time.”

In a quick preappointment interview, Mengesha doesn’t get too deep into what that means, but says, “For me, it was a question of power imbalances that I experienced.” She adds: "And, yeah, it’s part of an industry-wide issue that is being addressed.”

Indeed, what the Soulpepper affair has clarified is that power imbalances in Canadian theatre are not merely theoretical matters; at this company at least, we now know for certain that some women and people of colour either stopped working there or even dropped out of its Academy in the past due to the culture.

But the lessons no doubt apply more widely. If Toronto’s mainstream theatre scene has been mostly run by white men to date, it’s partly because the game has been arranged in their favour.

So, of course, it’s worth noting and celebrating that Mengesha will be the first woman and the first person of colour to run one of the two major not-for-profit theatre companies in town (Canadian Stage and Soulpepper).

If Soulpepper can truly move past its recent troubles – the company released a new code of conduct and a statement of promises to the community online this month, and now claims it is “in a strong and stable financial position” despite a recent deficit – its artistic future looks brighter than ever with Stenning’s connections in the U.K. and Mengesha’s in Los Angeles and New York. (Mengesha is also the great-granddaughter of Haile Selassie I, the late overthrown emperor of Ethiopia, but that’s a story for another time.)

While she put together two sample seasons during her interview process, Mengesha won’t say too much about her plans in a concrete way. “A big part of my work right now is listening and really understanding the company that I’ll be leading,” the long-time freelance artist says. “That’s the most exciting thing for me, I’m not working in a vacuum now.”

Though she does add: “Let’s do Father Comes Home from the Wars, the next chapter.” 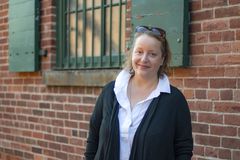 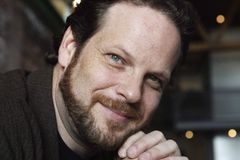 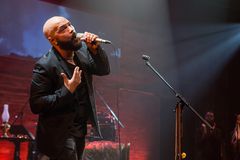