Harry Potter and the Cursed Child is coming to Toronto in the fall of 2020 – a major get for Mirvish Productions that just may have a transformative, trickle-down effect on the Canadian theatre industry as a whole.

Written by British playwright Jack Thorne and based on a story created with Harry Potter author J.K. Rowling and director John Tiffany, this two-part, five-hour stage-only sequel to Rowling’s seven best-selling books about a boy wizard has won both Tony and Olivier awards for best new play – and has proved to have box-office muscle unlike any other non-musical play in living memory in Great Britain and the United States.

In New York, for example, Harry Potter and the Cursed Child opened at the Lyric Theatre in April of 2018 and became Broadway’s top-grossing play of all time by December. Its current cumulative gross sits at US$122-million.

With those types of numbers, there’s not really any question that the Toronto production, set to run at the Ed Mirvish Theatre on Yonge Street following a six-month refurbishment, will break the record as the longest-running professional drama in Canadian history set by War Horse in 2013.

“I’m confident that it will,” says David Mirvish, who is producing the Canadian premiere of the Potter shows with originating producers Sonia Friedman, Colin Callender and Harry Potter Theatrical Productions.

What’s astounding about the Potter plays is what they’ve accomplished as dramas. Musicals were the major revenue drivers for commercial theatre producers until the young-adult revolution that changed publishing started to arrive on stage 12 years ago and gave them a run for their money.

British shows War Horse (2007) and The Curious Incident of the Dog in Night-Time (2012), which both originated at the National Theatre, paved the way for the Potter plays and for Aaron Sorkin’s new adaptation of To Kill a Mockingbird, which opened in November and, just this month, became the top-grossing American play in Broadway history.

“What we know at this point is that in addition to a theatre audience, it’s reached people who have never been to the theatre before,” says Mirvish. “Within a year, about 15 per cent of those people will go to another live theatre performance that is not related to Harry Potter.

“It’s a show that has truly expanded the audience for another generation.”

It will be up to Toronto’s theatre companies that specialize in drama – such as Soulpepper, Tarragon and Factory – to figure out how to tap into that expanded audience. But the Cursed Child announcement is good news, too, for Canadian dramatic stage actors; the cast is musical-sized, with 42 performers in the original production. (Stratford regulars Fiona Reid and Sara Farb are currently acting in the New York production.)

Mirvish expects that Harry Potter and the Cursed Child – the carefully guarded plot of which focuses on a grown-up Potter and his youngest son Albus – will be a tourist draw, too. While another production of the two-part Potter play is set to open in San Francisco in September (and there are productions in Melbourne and, forthcoming, in Hamburg), Toronto is not part of a larger roll-out on this continent.

“I think we will see three in North America and that will be it for some time,” says Mirvish, who will announce precise performance dates and ticket information at a later date. “I don’t know how you ever tour it … It takes six months to transform the building.” 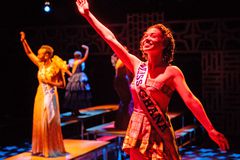 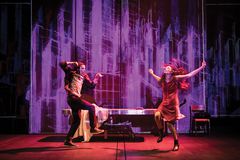